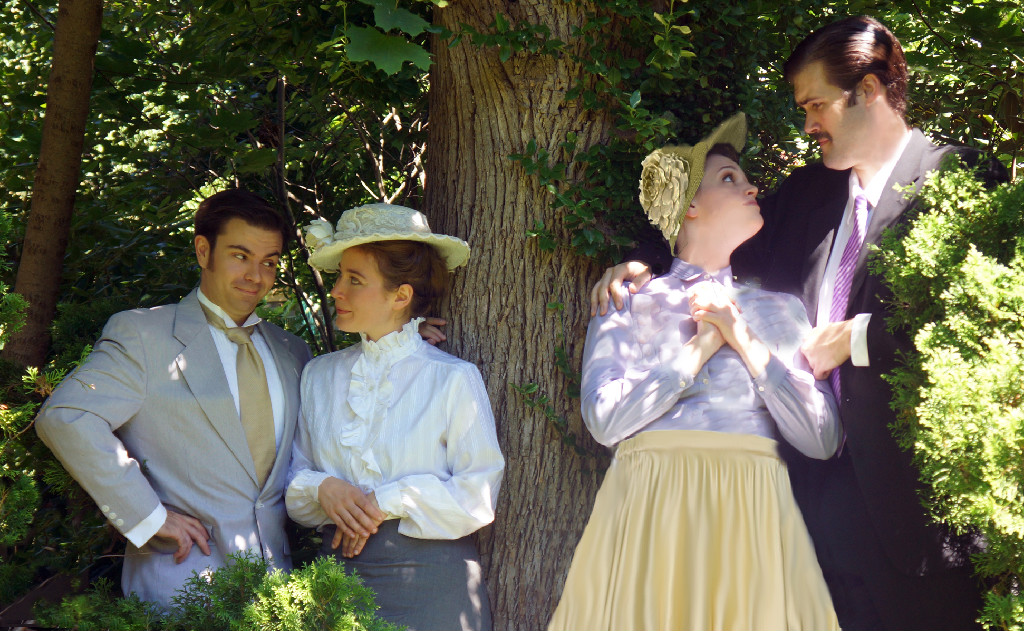 So, I missed November. We had some amazing works hit our Boston and Greater Boston stages. I apologize for missing so many of them, and I heard wonderful things, especially from Concord Players’ Les Miserables, Speakeasy Stage Company’s Kurt Vonnegut’s Make Up Your Mind (A World Premiere), and the Huntington Theatre Company’s limited engagement The Last Five Years.

Moving onto December. While we have a number of A Christmas Carol productions, we also have some wonderful anti-Christmas carols which deserve our attention and attendance. As usual, Boston stages sparkle with its diversity and charm this holiday season, never shying away from difficult subjects. Though all of our “Must See” Boston Theatre Productions are from larger companies (complete with Actors Equity performers), they keep the productions fresh and daring. December has historically been a lull for theatre in most cities, Boston spices up its holiday season. I hope you can catch them before they’re gone! Let us know what you think by commenting below!

And here is my “Must See” list for December:

Apollinaire Theatre Company
From White Plains, by Michael Perlman, in collaboration with Craig Wesley Divino, Karl Gregory, Jimmy King & Aaron Rossini, directed by Danielle Fauteux Jacques
Chelsea Theatre Works, 189 Winnisimmet St., Chelsea, MA
Nov. 15 – Dec 14, 2013
From White Plains takes a familiar topic of gay bullying and turns the subject on its head with provocative discussions and frank demeanor. The production features some extremely talented performers, both young and old, for a whirlwind performance that promises that to be award-winning. Moreover, Apollinaire Theatre Company has proven to be the quintessential Boston fringe company, combining stunning and interesting works with some of the richest performing in Boston’s community, most of it local, Boston-grown talent.

Fiddlehead Theatre Company
A Little Princess, a Boston premiere, book and lyrics by Brian Crawley, music by Andrew Lippa, based on the novel by Frances Hodgson Burnett, directed by Meg Fofonoff
The Strand Theatre
Nov. 21 – Dec. 8, 2013
I am too sorry to have missed seeing this beautiful production. A Little Princess is a little known gem for our Boston holiday season. Performed in the majestic Strand Theatre with the full palette of colors and excitement onstage, Fiddlehead Theatre Company outdoes itself. Featuring the incomparable Shana Dirik (seriously, folks, she’s a star) with the winsome Sirena Abalian as the leading young lady and some charming performances by Jared Dixon and Jared Troilo, how could you miss this classic light up the stage and your hearts?

Moonbox Productions
The Importance of Being Earnest, by Oscar Wilde, directed by Allison Olivia Choat
The Boston Center for the Arts
Nov. 22 – Dec. 14, 2013
Moonbox Productions has been on my short list of companies to see and review. They are daring, edgy, and full of talent. I have special feelings about The Importance of Being Earnest, having directed scenes from it and acted in a dream role. However, I am always excited when companies tackle the play with cleverness and ease, much of what I expect from Moonbox Productions. With a quick glance at the cast and crew, I know that Andrew Winson, Ed Peed, and Catherine Lee Christie are certain to steal the show, with some expert guidance from director Allison Olivia Choat. For a holiday treat without the carols, catch The Importance of Being Earnest.

Actors’ Shakespeare Project (“ASP”)
Henry VIII, by William Shakespeare, directed by Tina Packer
The Modern Theatre at Suffolk University
Dec. 11, 2013 – Jan. 5, 2014
Again, an ASP production tops our list. With one of Shakespeare’s last plays (and one of his least performed), ASP tells Shakespeare’s own fictional account of one of England’s most popular monarchs, Henry VIII. Allyn Burrows is back onstage in the title role, in which he is certain to impress. However, I am most excited for his supporting cast. Johnnie McQuarley is one of my favorite young actors, and, boy, he can command the stage, especially with his Shakespearean aplomb. Furthermore, Bobbie Steinbach also joins this talented cast, another ASP treasure. I am slightly biased but a fellow alumnus from my alma mater, Alexander Sovronsky, a NYC actor and composer, composed the music for this production, and I can’t wait to hear his work in action! This production combines why I love ASP: extremely knowledgeable and talented cast, mixed with challenging and rarely performed Shakespearean works, topped off with some favorite theatre artists. Can’t. Wait.

Bridge Repertory Theater of Boston
Not Jenny, a World Premiere, by MJ Halberstadt, directed by Rebecca Bradshaw
Calderwood Pavilion at the Boston Center for the Arts
Dec. 6 – 15, 2013
That’s right, folks, we have another world premiere in Boston. Bridge Rep. stunned me with its last production of The Libertine, and they continue to impress with their bold approach in their first season. This time, Bridge Rep. brings the work of Boston treasure, MJ Halberstadt, to life with “not a holiday show.” With a dark comedy that asks all of the right questions about family and home, Not Jenny reminds us of the importance of supporting Boston-grown theatre. Additionally, Bridge Rep. continues to take an innovative approach to theatre by offering Pay-What-You-Can at the door. A holiday gift, indeed, but also a reminder that we should pay what the show is worth. I think this production will be worth its weight in frankincense. Prove me right?