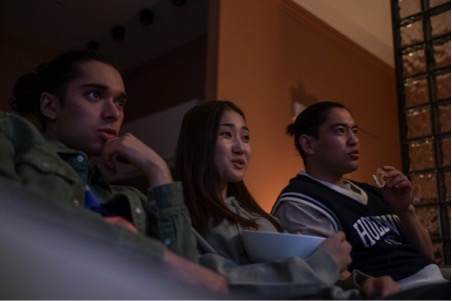 HBO’s The Last of Us Has A Release Date

The highly anticipated TV show finally has a release date: The upcoming HBO Original The Last of Us will premiere on HBO and HBO Max on January 15, 2023. With its big-budget adaptation, HBO is bringing the famed post-apocalyptic world of Naughty Dog’s famed video games to the small screen. Starring Pedro Pascal and Bella Ramsey as Joel and Ellie, the upcoming live-action show has been highly anticipated by fans of the games ever since it was first announced in June 2020. The wait is almost over, Clickers will be lurching onto our screens very soon.

After first quietly announcing the release date within the trailer clip on the show’s description page, HBO and Naughty Dog officially released the first season’s premiere date via a new poster published on Twitter: On January 15, 2023, fans will finally see the first episode of the live-action adaption. The new poster shows Joel and Ellie walking along the ruins of a city claimed back by nature as plants overgrow demolished vehicles and buildings. The lower end of the poster shows the Cordyceps fungus – the cause of the apocalyptic catastrophe in the games – as it slowly creeps up towards them.

HBO has been driving anticipation for the upcoming show through the roof. With a big budget behind it and HBO clearly treating it as its new flagship show, hopes and expectations are high this one will buck the trend of notoriously mediocre video game adaptations of the past. The footage revealed thus far raises hopes HBO’s The Last of Us will be one to watch out for.

Everything we know so far

The Last of Us series is created by Craig Mazin, who was behind HBO’s award-winning miniseries Chernobyl, with Naughty Dog’s Neil Druckman, who created the video games, as executive producer. From what we have seen of the show so far, it seems it will be staying very close to the base material, as many landscapes, scenes, and lines have seemingly been taken right out of the games or closely depict situations from the games. While it’s known the first season of the show will have nine episodes, it hasn’t been revealed how many seasons are currently planned for the video game adaptation.

Based on the story of the games, the series will see dejected Joel (played by The Mandalorian star Pedro Pascal) take on the tough task of smuggling young Ellie (played by Game of Thrones actress Bella Ramsey) across the apocalyptic US. Humanity is on the brink of extinction due to the Cordyceps fungus that infects humans and consumes their brains. In this unforgiving world where the “infected” and “Clickers” (the ones that have been mutated fully by the fungus) roam, Joel and Ellie must work together to survive. The TV show is set in the first of the two games, how much of the heart-wrenching story the first season will cover, hasn’t been revealed yet. Fortunately, we won’t have to wait much longer to find out where HBO will take Joel and Ellie’s story.

The undead are rising once more

The undead have proven time and again that they are a timeless favourite when it comes to games, shows, and movies. They keep lurching onto our screens in one way or another. Resident Evil has been one of the most popular franchises, with both games and movies bringing endless zombie-slaying action. The Walking Dead has been another staple in the genre, with the TV series recently airing its 11th season. The show based on the comic book series has also inspired a plethora of games, such as the episodic graphic adventure game series The Walking Dead Telltale Series, and even several online slot machines. The online casino platform Vegas Slots Online offers a large variety of online slots depicting all kinds of themes, games, movies, and series on their reels. The Walking Dead Online Slot featuring images of the main cast and bringing the zombies into the realm of casinos can be found among the thousands of free games offered. Many other titles, from Plants Vs. Zombies and Dying Light to Zombieland and World War Z, show that the undead will keep walking. Now, they are set to return this January.

HBO’s The Last of Us based on Naughty Dog’s famed video games will premiere on HBO and HBO Max on January 15, 2023. Get ready to embark on an exciting, zombie-filled, yet emotional journey.