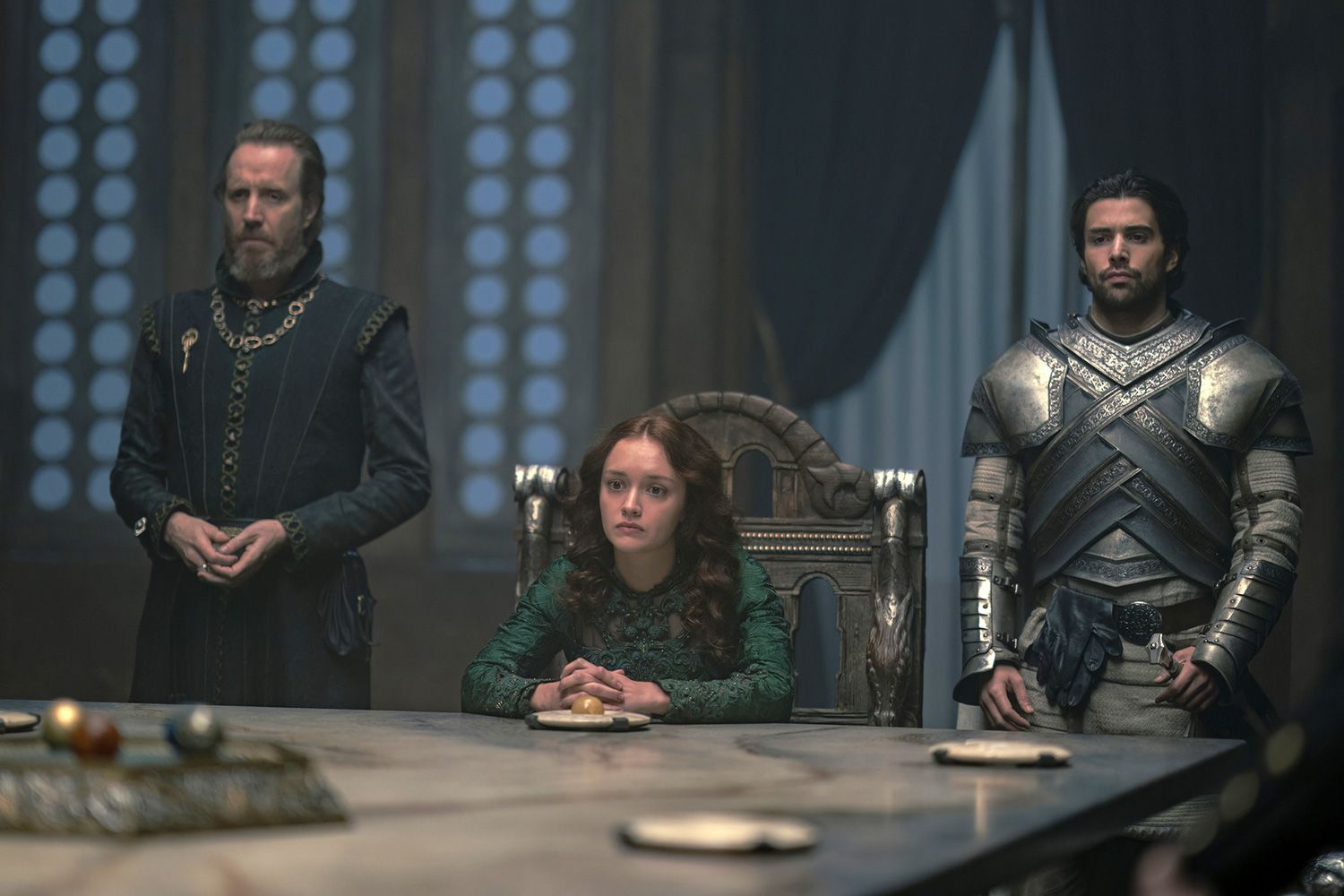 House of the Dragon, Ep. 9 “The Green Council”

It’s a simple formula, really. House of the Dragon is better than Game of Thrones, because it has more dragons, better CGI, and a bigger (by far) budget. Rings of Power is better than House of the Dragon because it has a somehow even bigger budget, better writing, and a powerhouse cast. The determining factors between the HBO shows is mostly money – investment, capacity, and the ingenius idea of switching between actors for time jumps so you don’t have to pay them for the whole season. It loses out to Rings of Power on writing because of, in part, the time jumps, how they cut up the story and make certain things difficult to understand.

The ninth episode, to me, really crystallizes this. I had been struggling, for a while, to try and grasp the drama between Alicent and Rhaenyra. I thought I had been missing something, some undiscovered undertone or hint. They had been friends, and yet, in the span of the few hours of the show, we see them go to enemies.

When I read my good friend Rebecca Long’s review of “The Green Council,” though, I finally saw the true picture. To quote the premise of her review, “House of the Dragon succeeds in bringing the rote history of George R.R. Martin’s Fire & Blood to life, but it falls short in fleshing out the motivations of the two women at the center of the conflict.” Her point is that the complex, layered relationship between the two is obvious yet undisclosed. We skip over so many things (including important scenes deleted from the episodes to cut on runtime), so many moments between the two women, that we don’t really get to know the context of their relationship.

Instead, we get character development for the new King Aegon II, previously seen to be just another rich asshole. “The Green Council” puts him in a very different light – his father chose another to rule, despite him being the male heir, and so Aegon believes he was never loved. Alicent calls him out for this, telling him he’s an imbecile, but there is a clear nod to softening his character. Of course he acts out, daddy never loved him. He’s not the worst kind of fuckboi, Aegon is sensitive and unloved. And in the end, we see him don the Crown of the Conqueror, draw the legendary sword Blackfyre, steel himself, and put on a show for the people. Perhaps the showrunners have more in common with the Hightowers than they think – both seem to enjoy the grand spectacle, to befuddle the masses.

But the audience isn’t fooled. We recognize what Aegon is (an asshole) and what he’s got (entitlement). He’s still the eldest son of Viserys. He’s still born to power and privilege, “fleeing from what most men chase after” as the Kingsguard brothers remind him. We don’t go through all the previous episodes of disliking him only to feel we can turn a corner now. Even Jaime, one of the most hated persons in the first season, takes a few seasons to turn a corner, to really be seen as a reformed or at least, fully-developed, character. But House of the Dragon tries to do it with time jumps, in a single season, to cram this into a single, crucial episode, all while half the city goes on a wild goose chase for the very man we’re supposed to develop sympathy for.

Rebecca’s review calls the writers out for not really knowing what they are doing with Rhaenyra and Alicent. I’d say you could make the argument about the whole first season’s cast so far. Corlys was taken offscreen after so much time spent on House Velaryon (and then his brother killed as an endcap). Erryk and Arryk sort of just show up and are plunged into the story, and the tension between them erupts, despite us not having any context or foreknowledge about either brother. Lady Mysaria becomes the White Worm and then is promptly burned in another arson by Larys. There is, quite simply, so much story and so little time.

Part of this is the decision to make House of the Dragon cover four seasons, ten episodes per season. It’s half of what Game of Thrones had, for twice the show. Part of this is the decision to employ time jumps in the first season, to get us to the “important” segments, namely, the war. And certainly, part of this is the money, and the pressures that come with a TV timeline for the much-acclaimed HBO. Altogether, perhaps they form a Green Council of their own, scheming and plotting behind our backs. Ultimately, like Alicent and Otto, we all want the same thing – a great show, a grand drama, culminating in the history we all know. But our methods differ, and in the difference, we find the actions of the Council distasteful at best, insidious at worst. Let us wait for next week, then, and see where the first season ends.