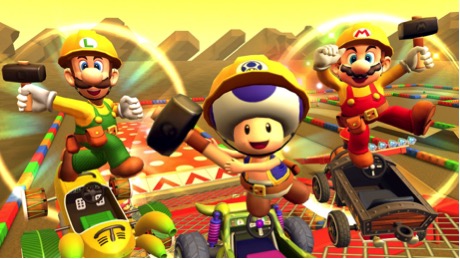 There Is More to Gaming than Ninth-Gen Best Sellers

Gaming is one of the most influential industries in the field of technology. Hardware manufacturers and game developers constantly push their creative limits in order to supply the market with innovative gaming devices and with video games that can offer players something extraordinary, regardless if the player prefers using consoles, computers or mobiles in order to play. It is an industry that evolves at an extremely fast pace and adapts to every little change that comes after every breakthrough.

Gaming is not just about AAA titles such as Elden Ring. For some, gaming will mean playing Mario Kart, playing live 3 card brag, playing SimCity or playing Sudoku. Every gamer is different, and in order to satisfy everyone’s needs, gaming developers need to invest time in creating games of different genres. There are, of course, those who focus on creating games of genres in which they specialise in, but more and more studios are starting to widen their developing horizons in an effort to increase their audience.

There is a lot of value in retro games, both in terms of gameplay as well as in terms of money. Collectors can pay considerable amounts in order to enrich their collections with cartridges or discs of retro games that were released decades ago. Others look for digital versions of retro games in order to enrich their gaming libraries. The digital versions are normally remastered, and they come with a few extra features that can enhance the gameplay by changing the speed of the game, adjusting the game to modern wide screens and giving the player the ability to use a cheat or two.

Square Enix released more than a dozen of its Final Fantasy treasures during the earlier stages of video gaming, and in order for younger players to get the opportunity to get familiar with the history of the series, the studio has released a pixel collection that can be played in multiple gaming environments. Instalments 1 to 6 of Final Fantasy were considered the masterpieces of their time, and it is more than certain that newer gamers will enjoy playing them, regardless of the fact that it takes time to adjust to the playing of pixelated games.

Retro gaming is not just about titles like Final Fantasy, Tomb Raider, Super Mario or Metal Slug. There are hundreds of oldies worth playing on ninth generation environments. Games like Neon Abyss or Alex Kid can be played on PlayStation 5, Xbox Series X and Nintendo Switch devices. These games can be purchased for a very small fee both in bundles of multiple oldies as well as individually. The three major manufacturers regularly buy the rights of games that were released by studios that no longer exist or studios that have been bought by or merged with other larger studios. Such games do not take very long to beat, but they can offer players a few hours of fun.