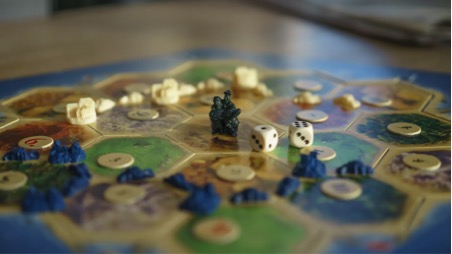 From the screen to the table: an overview of board games based on video games

Let’s not deny that video games are great. However, sometimes you want to chat and play with friends live, and not sit in different parts of the city. This is where board games come in handy. Rarely they can surpass their “older” digital brother, but still they are interesting in their own way.

We chose 5 board games based on video games that are worth paying attention to.

This board game was released in 2017 (and already has additions to the main story line), even before the release of the very resonant Fallout 76, so the design of this game has a clear influence of parts 3 and 4 of this series, but still the atmosphere and spirit of this games are at the level of the first two parts. The duration of the game can be either two or three hours. Also, it can be played both alone and with a group of four people.

The game is designed to complete tasks and survive in a post-apocalyptic wasteland. Also in it you can upgrade your hero’s skills, your equipment, save caps, in general, do everything that you do in the virtual world of the Fallout game. We think people who love large-scale board games that have a lot of different, but incredibly interesting mechanics, will appreciate this creation.

Designers tried to transfer Civilization to the desktop format repeatedly. The most widely used today is the 2010 version. Long games, a branched technology tree, various ways to win, a randomly generated map – all the iconic elements of the original game were transferred to the board one.

However, for the sake of the gameplay, sacrifices had to be made: the number of nations was reduced to six, and the battles turned into a kind of analogue of the rock-paper-scissors game. However, this doesn’t prevent you from enjoying an excellent turn-based strategy with many possibilities.

For lovers of authenticity, there is a modern large-scale re-release of Mega Civilization 2015. Up to 18 players, games of 12 hours, a huge world map – needless to say, the game is not for the faint of heart.

A huge map of Azeroth, familiar characters, leveling, tasks, mobs – the World of Warcraft has been brought to the table with pure love. Players take control of famous heroes and go on quests – all for the sake of leveling and loot, just like in the original game.

There is an eternal conflict between the Alliance and the Horde. As a result, there are two ways to win: either fight “wall to wall” with a living opponent, or defeat the Overlord, a local global evil. Add to this a bunch of different skills, a lot of missions and exploration of the world and you get a successful adaptation of the famous game.

The only problem is that you can’t use the World of Warcraft boost to upgrade your character or kill the boss quickly. If in real life boosting services simplify the game, you’ll have to break a sweat in the board game.

Board game Resident Evil, as the name suggests, is a deckbuilding game: starting with a small number of cards, players must collect more and more new ones, forming their own unique deck that can lead to victory. Characters familiar from the series fight zombies, find new weapons and improve their parameters, gradually becoming stronger.

The classic elements of the series are here: zombies, exploration of the mansion, lack of ammo and the possibility of an ignominious death. There are four game modes to choose from: story (joint battles in an attempt to defeat the main evil), skirmish (players oppose each other), mercenaries (earning points for a while) and outbreak (infected players take the side of the zombies). Here you will find a large number of recognizable elements, entertaining gameplay and decent replay value.

The list of cult series transferred to the tabletop format completes DOOM. Player-controlled marines face off against hordes of demons led by a player-controlled Mastermind. And how well the latter manages the provided troops depends on both the interest in the game and its complexity.

The tasks of the players are simple: the marines move forward, killing everything that moves, according to cards pre-assembled from special pieces. Along the way, they collect first-aid kits, bonuses, new weapons – everything is done in a step-by-step mode. Mastermind, on the other hand, creates problems for the marines: it exposes monsters, strengthens them and attacks the players. In general, the atmosphere is conveyed quite accurately, albeit with obvious simplifications.

The latest re-release of the game received updated miniatures of enemies and marines – in the first version they were based on Doom 3, now they are on the latest part.

Undoubtedly, there are many more board games based on video games, but it is simply impossible to mention them all. If you have favorite games that we forgot to mention – write in the comments!