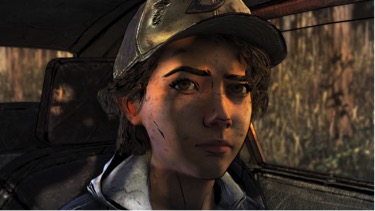 The Best Three Telltale Games That Are Worth Playing

Telltale games will be just up your alley if you are a fan of role-playing games combined with a passion for storytelling. Fans have yet to be let down by a mediocre game developed by independent game developers that have a penchant for crafting highly interesting tales with many options and endings. If you’re looking for the best telltale games to play, you’re in luck because in this article, we have mentioned the best three games that are definitely worth playing, these three games have left a long-lasting impression on gamers for years and that is because of the game’s excellent narrative, plot twist, and overall aesthetics. However, if you’re looking to play a wide range of additional games from different genres with the possible chance to win money then here is a list of the best betting sites in Ontario. On this gaming platform, you will find traditional casino games like blackjack, poker, slots and much more. Furthermore, let’s discuss the three telltale games that are worth investing time in.

Despite the fact that the comics were more successful than the television series, Telltale launched The Walking Dead in 2012. After all these years, the players still remember this game because it was an unusual twist on the comics of the time. Lee Everett rescues Clementine from the zombie hordes before joining the other survivors in Macon, Georgia to fight for their lives. For us players, the game’s spooky environment and intriguing plot via characters like Lee and Clem make this one of the greatest Telltale games ever produced.

The Wolf Among Us

The Wolf Among Us is a game that stays in the player’s heart for years after they finish it. Telltale has successfully captivated the interest of gamers with its perversion of the narratives of our cherished fairy tale characters. Bigby Wolf, who has taken on the role of Sheriff in Fabletown, is responsible for maintaining order, but his efforts are thwarted when a murder occurs. By playing in a cyberpunk environment, experiencing the twists and turns that play out throughout the game, and seeing Fabletown’s residents reveal their real colours, you may learn about how desperation can genuinely lead humans and magical animals alike to the edge of murder.

Tales from the Borderlands

This Borderlands spin-off provides a unique twist on the popular video game franchise. The story takes place in a post-apocalyptic society. The game provides players with the opportunity to learn about the backstories of some of the most memorable characters from the Borderland saga. The plot of the game revolves on the gang of “Vault Hunters,” who journey to the remote planet of Pandora in search of the “Vault,” which is rumoured to hold magnificent alien relics and other valuable resources. The fact that the players may choose multiple endings for their characters reminds me a lot of The Wolf Among Us, but in a much more contemporary apocalyptic, slightly steampunk sci-fi scenario instead of the original. It is a refreshing twist on the numerous endings RPG for someone who has played TWAU and is still caught up on it.” If you have played TWAU and are still hung up on it, this game is for you.