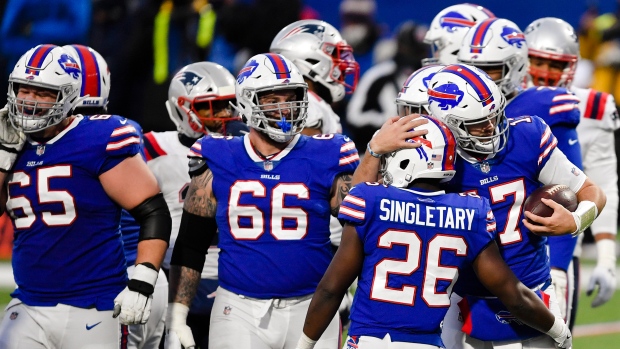 Could we soon see a Canadian NFL team?

To this day, the NFL is the only major sports league in the US to have never had an active Canadian franchise. The last Canadian football team to play in the US was the Continental Football League’s Toronto Rifles from 1965 to 67. Since then we have seen the Canadian Football League’s inception and rise, with the prospect of an NFL franchise seemingly far out of reach. But that could all change if recent reports are to be believed.

This season’s jump to a 17-game regular season was the first expansion since 1978 and with an 18-game season lock, the inception of a new franchise seems only a matter of time. European destinations such as London have been discussed, but there are of course issues that come with a franchise so far away. With some of the biggest names in the sport such as Robert Kraft backing international franchises in the near future, it seems that Toronto has been earmarked as the city where it will come to fruition.

For such a small pool of teams, Canada has often been relatively successful in US based sports leagues. Of course, none more so than the NHL. No hockey team have won more Stanley Cups than the Montreal Canadiens with 24 and second to them is the Toronto Maple Leafs with 13.

It is the Toronto Raptors however who are the most recent success story out of the Great White North after their NBA Finals triumph in 2019. It is no surprise then that ‘The 6ix’ is where the NFL are seemingly planning to welcome a new franchise.

The welcoming of a Toronto-based franchise would be huge for Canadian sports fans and the country as a whole. As well as the prospect of bragging rights over our neighbours to the south come Super Bowl Sunday, it offers a number of revenue-generating options for the city of Toronto as road teams of course mean an even higher level of tourism.

There is a question as to what it would mean for the CFL, however. Many fans have indicated that they would be against the idea if it were to mean the demise of Canada’s most prestigious football league. However, there is no reason that the two cannot co-exist. Cynthia Frelund, who serves as an analyst for the NFL Network has put forth one such opinion.

“I’m a big fan of [the CFL] and I think it’s good to have the CFL for a number of reasons” said Frelund on the Rod Pedersen Show.

She continued, “I think two things can co-exist together. I think we’ve seen that in other areas. The hard part about a non-NFL entity for football is we’ve seen two examples of large-scale failures, the XFL twice and the Alliance of American football once. People are down on if it can exist or if there’s enough potential for both and I think that both can exist and I think they should.”

“I hope that we get the NFL in Canada, and it may be actually even have the net effect of making the CFL more popular.”

Canada’s success in the NHL and their most recent triumph in the NBA have proven that they can run with the best of them. Some may worry that an NFL franchise would struggle to get anywhere near the playoffs, you only have to look at the latest odds to see how much quality there is in the league already, starting a franchise from scratch would take a lot of time to get up to their levels. However, there is an argument that some of the talent we see in the CFL is further proof that we can give the US more than a run for their money.

NFL Playoff odds currently indicate that the Tampa Bay Buccaneers are favourites to lift the trophy this season. But there is always a surprise package. The Bengals looked destined for another drought this season but find themselves in the playoff picture with five games to play. There is no reason to believe a Toronto franchise could not establish themselves quickly and overcome any doubts they may face. We have already seen it happen in the NHL when the Las Vegas Golden Knights reached the playoffs in their inaugural season in 2017. They have since added another division championship to their trophy cabinet.

So if all goes well, the Vince Lombardi trophy could find its way to Toronto. In fact, with whispers of an eventual expansion to 40 teams, we could even see a franchise in other cities. It does not have to forsake the CFL and as has been discussed, could even be great news for the league. Football fans up and down the country should definitely keep their ears to the ground for confirmation of the historic decision as it does not seem all that far away. Who knows, maybe the next Tom Brady will be from Winnipeg!