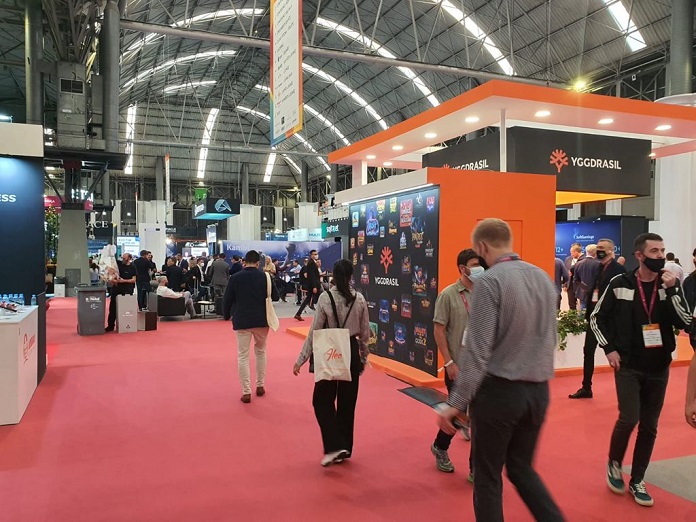 The SBC Summit is an annual event that this year took place at the end of September in the storied city of Barcelona. It serves as the biggest convention in Europe for the iGaming and sports betting worlds, with operators and industry professionals in attendance by the hundreds.

We’ve taken a close look at what was offered at this year’s Barcelona summit and what these ambitious companies have on offer.

The SBC Summit is often thought of as a ‘casino’ convention – but in truth they provide all aspects of the gambling industry with an opportunity to showcase what they have to offer. The sports betting world is very well represented and, as always, some of the biggest names in the industry attended.

Pinnacle, Entain, Bwin, Betfred and 888 are just some of the big names that provided speakers in the sports betting section of the summit. The speakers discussed a number of different aspects of the sports betting world. One particular area that was being focused on was esports.

In fact, there was a speech that was dedicated to 2022 being the year that esports will make a big name for itself in the sports betting world.

One thing that SBC has been known for over the years is that it is big on embracing innovation and future technologies. Esports is likely to dominate areas of growth for sports betting as it becomes a more popular event.

Paris Smith, the CEO of Pinnacle, commented: “This is a great initiative by SBC Events to bring the industry together during this tough time. I’m proud to be involved and hope to be able to help people to find a way through this as well as receive insight into how others are planning ahead.”

This is perhaps the most popular aspect of the summit. It goes without saying that gaming is growing in popularity at a fast rate. The increase in power in mobile devices combined with apps becoming a big part of people’s lives, means that casino gaming has become a huge part of the iGaming world.

The summit had some of the very biggest names in the industry on show. Betsson, Genesis, Mr Green and LeoVegas were all represented, with plenty of other names also in attendance. It wasn’t just people within the creative side of the industry that were there though, there were also journalists who have followed the industry for a while offering their opinions.

One of the most popular speeches was related to video games and slots. The speech was entitled: De-coding Video Gaming – The Future of Slots. This is actually quite a clever title as it shows what the slot industry has been doing for quite a while in terms of design.

It’s been a pattern that video slots have adopted video game mechanics to create new forms of slots.

This has obviously been recognized as this talk examined a number of different ways that video games have influenced new slots. It’s expected that this will continue as slot designers use traditional and modern video game mechanics to create new and exciting slots.

Another important talk was related to poker. This was related to the aim of turning poker into a spectator sport. In the same way that football, soccer and basketball bring in thousands of spectators, it’s believed that poker could have a similar impact.

Poker has a human element that some other casino games lack – and this will be vital to building narratives and bringing in an audience. This will help to increase the amount of revenue that the game creates, which should make prize pots even bigger in the future.

Overall, the iGaming world has a lot to look forward to, especially with the leaders in the market attempting to continue to innovate in a big way.

This was one of the smaller areas compared to sports betting and casinos, but it is still just as important. Without the ability to make payments and to comply with regulations, gambling sites would likely go out of business very quickly.

The main areas that were covered in this section related to the world being mainly contactless in the modern era. As this becomes the most common method of payment, it obviously has an impact on the gambling world. While contactless payments have been the primary mode of payment for online gambling for some time, the move towards other areas offering it will still make a difference.

As it is becoming a mainstream method of payment, the technology is expected to improve. This will only benefit online gambling as better technology means faster and more trustworthy payments can be made.

The summit also focused on what cryptocurrency has to offer. It attempted to dispel some of the myths and worries that surround cryptocurrency. It was also noted that there are a lot of parallels between crypto and how contactless payments were treated in the past.

This was the final area that the summit had available. This section mainly covered the different ways that affiliate marketing can play a part in how online gambling sites are run. Another topic that received major coverage was how SEO is vital to the growth of online traffic.

There was also a talk on the new wave of media, social media. It emphasized how influencers on social media platforms can have an impact on how sites are seen.