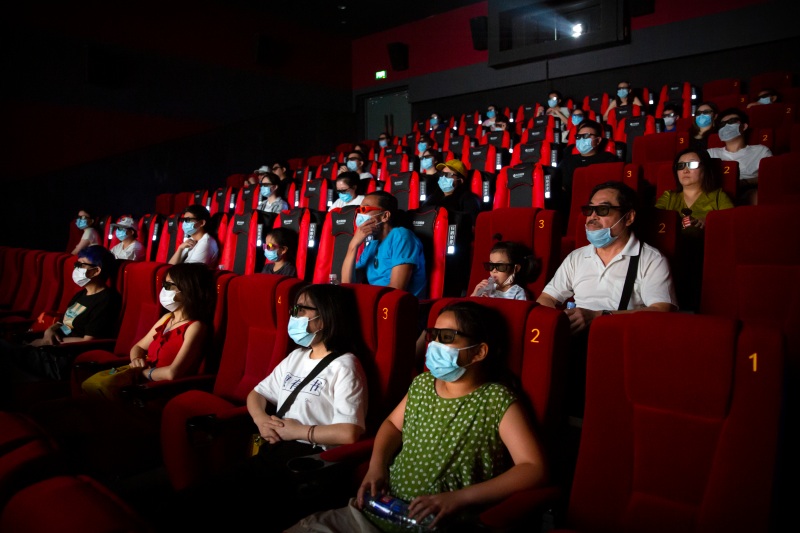 Are Cinema Calendars Returning Back to Normal? A Look at The End of This Year’s Blockbusters

The world is starting to open up again and film fans are finally able to get back to the cinema. While we were still able to watch new releases from the comfort of our homes it just wasn’t the same. It[‘s such great news that cinemas are reopening and we’ve already enjoyed a couple of trips. However, now that the cinema calendar is starting to feel full again after multiple lockdowns, we thought it would be a great time to talk about some of the best superhero films that you can look forward to watching on the big screen over the next few months.

The Eternals is arguably one of the most anticipated releases from the Marvel Cinematic Universe this year. MCU takes a break from Avengers to focus on a new comic book adaptation. Eternals is based on a comic book series of the same name. The premise of the book revolves around a group of near-immortal people with superpowers, so perfect for a Marvel cinematic adaptation.

Marvel hired Oscar-winning director Chloe Zhao to oversee the filming, followed by enlisting a star-studded cast. One of the most important things to mention is Marvel’s step towards a more diverse cast of superheroes. Lauren Ridloff plays the first deaf superhero in the MCU in The Eternals. This comes as part of a wider drive to create a more diverse cast across the cinematic universe, with phase four being all about introducing more diverse heroes to the silver screen. The Eternals released in early November and is available to see now!

There’s no doubt that Spiderman has been one of the biggest movie franchises, and it’s arguably one of the best franchises in terms of not outstaying its welcome. No Way Home will be the 9th Spiderman movie to be released and while other longstanding franchises have fallen flat on ratings and reviews, Spiderman movies continue to get great reviews and do well in the box office.

No Way Home, due for release on 17th December 2021 sees Spider Man struggling to separate his normal life from the high-stakes world of being a superhero after having his true identity revealed. The blurb says that the film will “force Peter to discover what it truly means to be Spiderman”.

No Way Home is particularly significant as it’s the last film of the newest Spiderman trilogy, which began with Spiderman’s Homecoming. It might also be the last film for the current franchise cast as talks between Disney and Sony broke down in 2019.

Morbius is Sony’s next Marvel Comics series to receive an adaptation for the silver screen, following Venom 2 and Spiderman: No Way Home. Jared Leto has a starring role as Michael Morbius.

While so far details for the film have remained tightly under wraps, we at least have the comics to look at for an idea of what to expect. In the comics Biochemist, Michael Morbius tries to cure himself of a rare blood disease, but when the experiment goes wrong he accidentally infects himself with a form of vampirism.

The film aims to connect with the Marvel Cinematic Universe, but so far fans are incredibly sceptical that it will actually work without feeling shoehorned in. Adaptations from comic books to film always lack a little of the fine-tuning that comes from years of being written and edited, and some plot points always get lost in the pursuit of creating more drama or a better story arch. Because of this, you might want to not rely too heavily on the comics to tell you what to expect, but you don’t have too long to wait with the film slated for release in January 2022.

There is an incredible number of big-name films coming out later this year and early in 2022. Marvel is diving deep into phase 4 of its releases and while raved about series like The Avengers aren’t going anywhere, it’s great to see them exploring new heroes and adding some much-needed diversity to their line-up. After multiple lockdowns forcing cinemas to fall quiet for several months, film lovers and production companies alike will be happy to see the calendar filling up for the first time in over a year.

The Future of Cinema

Lockdown meant the closures of cinemas and former patrons were forced to find new ways of filling their time at home – be it binging Netflix, video games or online casinos. However, we’re all hoping that we’re past these times and that we’ll be able to continue to enjoy things like the cinema once again.

Venues such as the cinema will need to keep up social distancing for a while, even if only to ensure that the public remains confident in visiting them; which will have been a big issue when they reopened again. Much like the rest of the hospitality industry, they’ll need to do what they can to offer customers more and tempt them in. Many cinemas have launched things such as apps where people can pre-order food and drinks so that filmgoers can visit the cinema and interact with as few people as possible – which goes some way to helping people feel confident in visiting such a confined space.

Now that the world is returning to normal, we’ll also see a return to Hollywood movies being made. The unexpected break they had to take would have undoubtedly slowed down the production of some movies but they[‘ll be looking forward to getting started once again. The popularity of TV shows such as Squid Games has proven that audiences are still happy to get invested in drama-filled TV and both Hollywood and the cinema will be more than happy to jump on board with this and ensure that audiences are well catered for. Let’s see what 2022 has in store for cinema-goers, we for one are excited for the future of cinema!