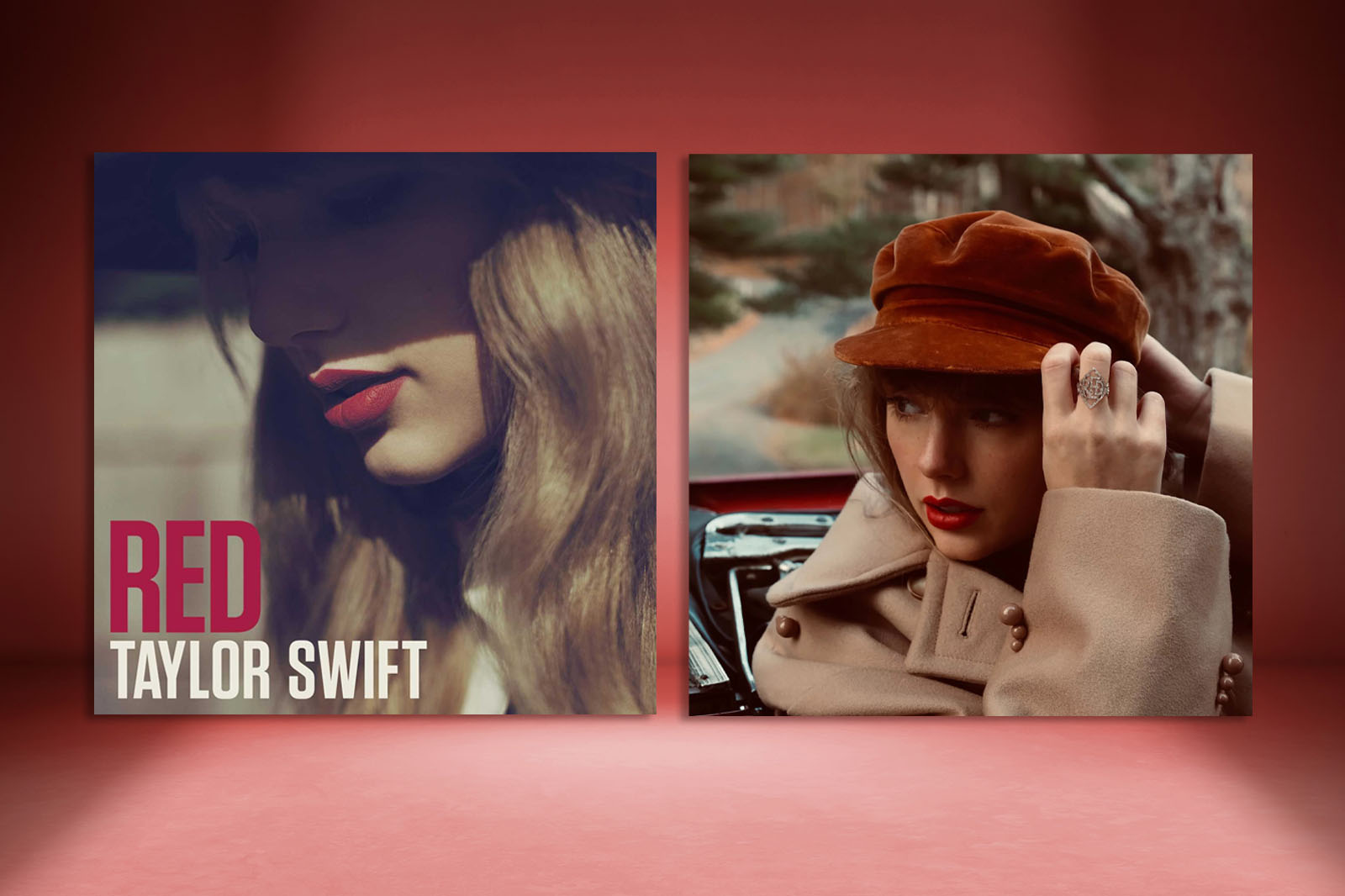 Like any self respecting Taylor Swift aficionado, I’ve been anxiously awaiting this week’s release of her re-recorded Red album from 2012. I’m a big fan of the Taylor’s Version project even though I already spent money on the original versions of all her albums. The two released thus far- Fearless and Red– are two of my favourites and I’ve gotten far more than my original $12 worth out of both of them so I’m more than happy to re-up. Not only are the Taylor’s Versions better across the board (freshly produced with the help of her current team of collaborators, sung in a more mature voice) but the From the Vault tracks and remixes are plentiful enough that the albums are nearly double in length. Besides, it’s just the principle of the thing. Even if you don’t support her crusade to control her own masters (and you should, especially since she’s recapturing control via ambitious workaround rather than just complaining that the initial contract was unfair), you can’t be a true Taylor Swift fan without buying into this venture because Taylor’s Version is the most Taylor Swift thing she’s ever done: bold, poetic, clever, righteous, a little petty, and ultimately she always has the goods to back up her controversial moves (what on earth was “Mr. Perfectly Fine” doing in a vault???). Swift’s unique style trajectory also means that she has a lot of newer fans who were pretty obnoxious about her early work. Now that Lover and Folklore have earned their respect, it’s nice that we’re giving them an opportunity to revisit her early work that they missed because their heads were up their own butts (aka they were listening to “some indie record that’s much cooler than mine”).

Which brings me to ‘All Too Well’, long considered by early Swift adopters to be the best song she ever wrote (there are certainly arguments to be made on behalf of her more recent work but, coming back to ‘All Too Well’ after all this time and factoring in that she wrote it at 21, it’s hard to deny). New recordings of Red‘s many hits (pound for pound it’s probably my favourite Swift album) plus the promise of some From the Vault gems was a decent pitch but it was the long mythologized 10 minute version of ‘All Too Well’ that was the real selling point for the people I refuse to call Swifties. When Swift called in Fearless-era co-writer Liz Rose to help her shape ‘All Too Well’, the song was reportedly more than twice its eventual running time (Rose has been quoted estimating it as long as 20 minutes though that seems extreme). Based almost solely on how much interesting material was written for then left off of Fearless, the idea that Swift’s best song was once even more complex was the perfect bait for anyone even slightly thinking about not purchasing Red (Taylor’s Version).

A lot of the best songs ever written are really long and their epicness starts to feel like a trend. Long doesn’t play well on radio so there’s a sort of rebellion to writing something that runs 6, 8, 10 minutes and there’s a longstanding tradition of rebellion in artistic expression leading to greatness. Surely the director’s cut must be better; it’s not confined by all that destructive studio feedback! Well, maybe. Sometimes. Also sometimes not. I was excited to hear all the ideas that were cut out of ‘All Too Well’ in order to make it radio-playable but I wasn’t ready to anoint the new version as the true version just yet.

I’ve now listened to ‘All Too Well (10 Minute Version) (Taylor’s Version) (From the Vault)’ (Parentheses!) a bunch of times and here’s the take:

While I think I generally prefer Jack Antonoff’s more modern production (talk about a blessed partnership, he’s exactly who she needed), I prefer the original ‘All Too Well’ (“Taylor’s Version”, obviously, which appears as Track 5 on the new Red while the 10 minute is a bonus track at the end of the album). I like that we have both because the 10 minute brings a few interesting shades and some instantly iconic lyrics (“you kept me like a secret but I kept you like an oath” Ooph) but, as I say about every prestige filmmaker, an editor is an important resource.

The original distills all the best ideas into a sturdier structure with a third act climax and heartbreaking denouement rather than burying somewhere in the middle arguably Taylor’s most beloved line of all time (“you called me up again just to break me like a promise/so casually cruel in the name of being honest”). The new version fades out amidst echoing lyrics of “I was there”, clearly a purposeful nod to the nature of memory and the lack of satisfying ending to the romance but I prefer the aching repeated “all”s and twangy settling notes of the original’s more definitive ending.

Story-wise, the new version makes more room for dissecting what went wrong in the relationship while the core of the song is about how much it hurts to remember the good parts. With that extra space for hindsight analysis, the longer version makes too much of the age difference and I personally feel like Swift’s argument isn’t on as steady ground when she reminds us that 30-year-old Jake Gyllenhaal was breaking up with a 21-year-old (you were the “one real thing [he’s] ever known”? Really?). Intellectually I understand that starting her career so early and navigating so much so young meant that 21-year-old Taylor Swift was operating at a different maturity level than 21-year-old Kelly but I still hear that “it’s supposed to be fun turning 21” lyric and think “oh, right, she’s a kid and this is all very silly”, which is the last thing I want to be thinking listening to ‘All Too Well’.

My favourite long songs have either a tonally more varied sectional structure (like ‘Bohemian Rhapsody’, or pretty much every tune on Meat Loaf’s Bat Out of Hell album) or a repetitive chant-like approach that allows the singer to choose their favourites of a seemingly infinite number of melodically identical but poetically unique verses (like Leonard Cohen’s “Hallelujah”). ‘All Too Well’ is too story-driven to attempt the latter and its story is too straightforward for the former to feel right either. The original ‘All Too Well’ drives steadily forward before crashing down and it pulls its key images through the whole piece (10 minutes is a long time to remember the scarf from the first verse when it reappears at the end). The new version is interesting, and I’ll certainly give it plenty of play, but it’s just too bulky. It’s fun to hear the full slate of ideas that went into the distilled version and it provides a telling glimpse into just how complicated Swift’s feelings about the situation were but the heart-piercing clarity of the original can’t be beat, it can only be contextualized.