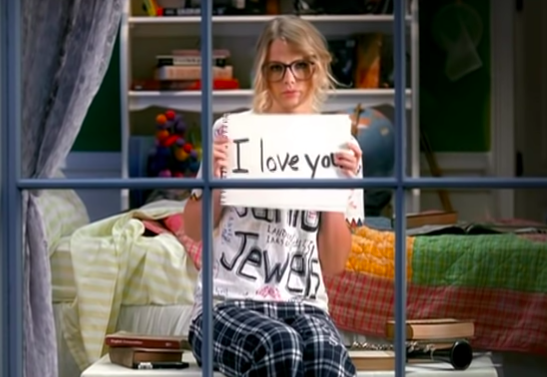 That One Song: Taylor Swift

Taylor Swift released a surprise new album this week. folklore was entirely written and produced through Covid quarantine and comes less than a year after Lover, which was itself a revelation of reinvention, or at least a coming home of sorts for an artist who always thrived on open-hearted romanticism but whose musical response to 2016’s particularly dark days of personal tribulations and outrageous public scrutiny had felt, at least to me, like a detour from herself.

Beneath the over-produced faux-edge of Reputation‘s “Look What You Made Me Do” attitude, you could see glimmers of the old Taylor that record so forcefully insisted was dead (the unglamorous romance of “New Years Day” almost feels like the grownup cousin of  2010’s “Ours” and the stripped down girl-and-her-guitar renditions that feature in the “writing Reputation” section of the Netflix documentary Miss Americana sound about as classic Taylor as anything) but it was Lover that brought Swift back to her roots. Which is not to say that Lover is a country album (as much as it pains my “Tim McGraw”-loving heart, I doubt grownup Swift will ever more than drop by her original genre for the occasional nostalgic visit) but it’s story-forward, relaxed, and joyful in a way that ties the album more to the likes of Speak Now than to her glossy pop debut 1989 (which is a hoot of a record but arguably the least Swifty of the whole lot, even including Reputation). On Lover, she sounded happy for the first time in a long time, and that to me is what Taylor Swift sounds like.

This ‘That One Song’ series is meant to try to get to the essence of a particular artist or album by looking specifically at the one song I think best captures what they’re all about. The newly released folklore is a really tempting treasure trove as maybe the best-yet example of the ‘guitar in hand, heart on sleeve’ formula that usually leads to my favourite Swift material. Lyrics like “Cold was the steel of my axe to grind/For the boys who broke my heart” are fun meta shout-outs to her back catalogue heavy on sad ballads about boys and fun revenge songs also about boys (and sometimes about online critics because why not).  I almost wrote about “Betty” because it thrilled me so much that her eighth album could possibly have a song that sounded so much like it could belong on her first, though I doubt that the Swift who wrote the earnest second-person storytelling songs “Betty” so evocatively imitates had the emotional maturity to speak in someone else’s voice the way she does 14 years later.

Other contenders for the most Taylor-y of Taylor songs included the aforementioned “Ours”, a strummy feel-good romance that also lightly dances in the ‘screw you, I’ll do it my way!’ territory that’s always been a part of Swift’s tone from the bop-y banjo fun of “Mean” to the irresistible sass of “Shake It Off”. I also love the similarly titled “Our Song” with its fun fiddle track and unmissable twang, though if I was going to pick something off that debut album I’d be remiss not to choose “Tim McGraw”, which is both her first hit and a genuinely great country ballad but also brimming with classic early-Taylor imagery from the blue jeans to the Chevy truck to the little black dress.

I think 2012 crossover hit Red is all in all probably her best album and, at least until “Lover” dropped, I always considered “All Too Well” with its impeccable story structure and heartbreaking bridge to be the best song she’d ever written. But in the right mood I might tell you “The Story of Us” is my favourite. Or “Higher Ground”. Or the instantly iconic “Hey Stephen”. Or “The Way I Loved You”, the lyrics of which I have used on multiple occasions to explain the real central tension of Romeo & Juliet to anyone who believes that the slightly overrated “Love Story” is what that play is all about. There was a month last year when I survived on “You Need to Calm Down”, followed by multiple months when “I Forgot that You Existed” was my everything (“woulda been right there front row/even if nobody came to your show” is exactly the kind of petty I’m here for).

I once heard someone describe “Stay Stay Stay” as ‘the ultimate Taylor Swift song’ because of the admittedly ridiculous lyric “before you I only dated self-indulgent takers/who took all of their problems out on me/but you carry my groceries and now I’m always laughing”, but that dismissive assertion misses “Stay Stay Stay”‘s winning blend of simple fun and surprising self-awareness. There’s a world in which someone could argue that “Look What You Made Me Do” most completely captures Swift’s defensive dark side but that’s the only Swift song I genuinely can’t stand so I’m not inclined to talk about it. Besides, if we’re going to focus on Swift’s struggle against the box she’s been repeatedly forced into, I’d rather talk about “The Man” or “Lucky One” which, though opposite in tone, essentially talk about the same thing but with a more personal, less reactionary motive.

But who are we kidding? I just listed a bunch of contenders as an excuse to talk about some of the Taylor Swift songs I love but clearly are not her ‘That One Song’. The obvious choice is “You Belong With Me”. Obviously.

Swift won Album of the Year in 2010 for Fearless. At 20 years old, she was the youngest artist in history to take home the top Grammy prize. That album’s best song would ultimately hang around the Billboard Top 100 for 50 weeks, be certified 7x Platinum, and win a particularly infamous Video Music Award for its bright-eyed video in which Swift played both the narrating band geek pining for her friend’s affection and the cheer captain he’s currently caught up with. It’s not her biggest hit (though it’s certainly one of the biggest) nor her most lauded artistically; it’s not even a solo writing credit (she co-wrote with Liz Rose who worked on 19 of her other hits from the first two albums plus “All Too Well”) but “You Belong With Me” is the moment when Taylor Swift became a truly viable crossover artist. It’s a little twangy, sure, but it’s basically a straight-up pop song. Her first real pop song. And the rest was pretty much history.

Right off the bat you’ve got your classic Swift images- worn out jeans, park benches, smiles that can light up whole towns. The music video lets her try on the glamorous vixen persona she would go on to occasionally weaponize once she jumped fully into pop but the heart of it is the gawky dork singing and dreaming in her childhood bedroom, joyfully dancing away her heartbreak with some truly lame moves. If that’s not the essence of Taylor Swift, I don’t know what is. She’s not cool, she’s just her, and I kind of love that she gets mad when that’s not enough for someone.

“You Belong With Me” is bright, fun, and romantic both in that it’s a love story and that it doesn’t quite have its feet on the ground. It’s a fairytale, but one that celebrates being a little bit weird and makes the argument that really knowing someone is part of what love is. It’s also pretty petty, which is technically one of Swift’s worse qualities but it’s a quality that produces some real bangers so maybe get off her case about it. “You Belong With Me” wears the clothes of an unrequited puppy love song but is actually a defiant statement of self worth. It’s a little self-righteous. Again, totally petty. And the video makes a point of declaring our heroine right in her statement about who belongs with whom. She knows him, she knows herself, she knows what’s up. It’s a crossover pop hit with a country heart that completely captures the whole Taylor Swift in all her imperfection.

Whether it’s the open-hearted joy of her early albums, the smash-hit pop of the last five+ years, or the stripped-down sincerity of folklore, at the end of the day Taylor Swift stands for five things:
– don’t be afraid of your feelings
– embrace fun
– stand up for yourself
– tell your story
– love hard
As far as roadmaps to happiness are concerned, I personally don’t need much more philosophy than that.