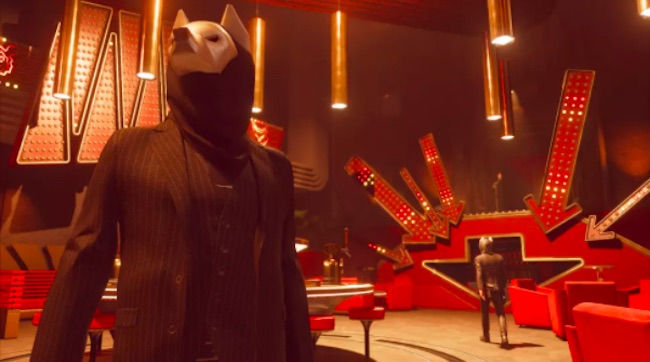 This September 14th sees the release of one of the year’s most anticipated new first- person shooter games for Play Station 5. Deathloop from Arkane Studios, previously best-known for the excellent Dishonoured, promises to deliver a highly original playing experience mixing straight-up shooting with knowledge-based gameplay.

The story of Deathloop takes place on the island of Black Reef where our protagonist, Colt Vahn, wakes up at the start of the game to find himself confused and under attack. It takes him some time to figure out that he is stuck in a time-warp where every time he is killed he wakes up back at the same starting point, doomed to repeat the same day over and over again. This weird, Groundhog Day-style world has been created by 8 assassins called The Visionaries who have a vested interest in maintaining the status quo and want him dead before he puts an end to it!

Fortunately, Colt is no ordinary assassin himself. Having something of a 60s-era Bond about him, complete with downbeat, self-deprecating humour alongside ruthless killing skills. Throughout the game he will be aided by a treasure trove of arms including guns and knives, and a range of special powers that help bring an end to the hell that he is in.

To help move the game forward, whilst Colt loses any weaponry he collects when he dies, he does retain the knowledge he acquired in his last life, allowing him to progressively improve his gameplay and hone the skills required to take out his opponents.

This is where Deathloop comes into its own.

The game is all about acquiring knowledge with each life, from the four districts of Black Reef, and during the four time zones of morning, noon, afternoon and evening. During each time period and in each district, different bit of information become available that help the player to track down each of the eight assassins and pick on their weakness to take them down. In other words, to get the most out of playing this game will require a much greater level of attention to detail than your average shoot-em-up or reel-based online slots.

In his own words, creative director of the game, Dinga Bakaba, said, “Deathloop is an investigation. It’s an inverted murder puzzle about finding out how to kill the eight visionaries responsible for the time loop before the end of the day. The player will have to explore the world to find what makes them tick to create loopholes in their schedules, and line them up for the perfect assassination, which is the only way to break the cycle of violence and madness on the island.”

The variety of guns on offer to aid this mission is impressive, including everything from hand-guns and machine guns to nail guns (yes, nail guns!). Amo can be picked-up along the way from various free-to-use vending machines. And Colt’s powers are enhanced along the way by supernatural abilities triggered by locating artefacts known as Slabs. These abilities include an invisibility setting, the ability to teleport across the island, and the opportunity to link enemies into one so that killing one kills them all.

Whilst it is not yet clear how Colt will go about finishing off the assassins who want to keep him locked inside this time warp – likely there will be multiple ways to do so – there have been screenings of a particularly macabre demise for one who is dropped through a trap door into a meat grinder. So those who enjoy dark and disturbing death scenes will be enthralled by Deathloop!

The principle obstruction to completing the game comes in the form of an assassin called Julianna who is hell bent on bringing Colt Down and can be played by both an AI opponent or by another human, giving the game a multi-player angle to enjoy too.

Deathloop will not hit the shelves until September but those who have seen previews of the game have been thrilled by what they see as a game that will easily rival Arkane’s other assassin-themed title, Dishonoured. Based on what glimpses we have of its beautiful 1960s artwork, unique time-warp narrative, compelling knowledge-building element and impressive armoury, Deathloop is going to make big waves when it lands and show up as one of the best games of the year.