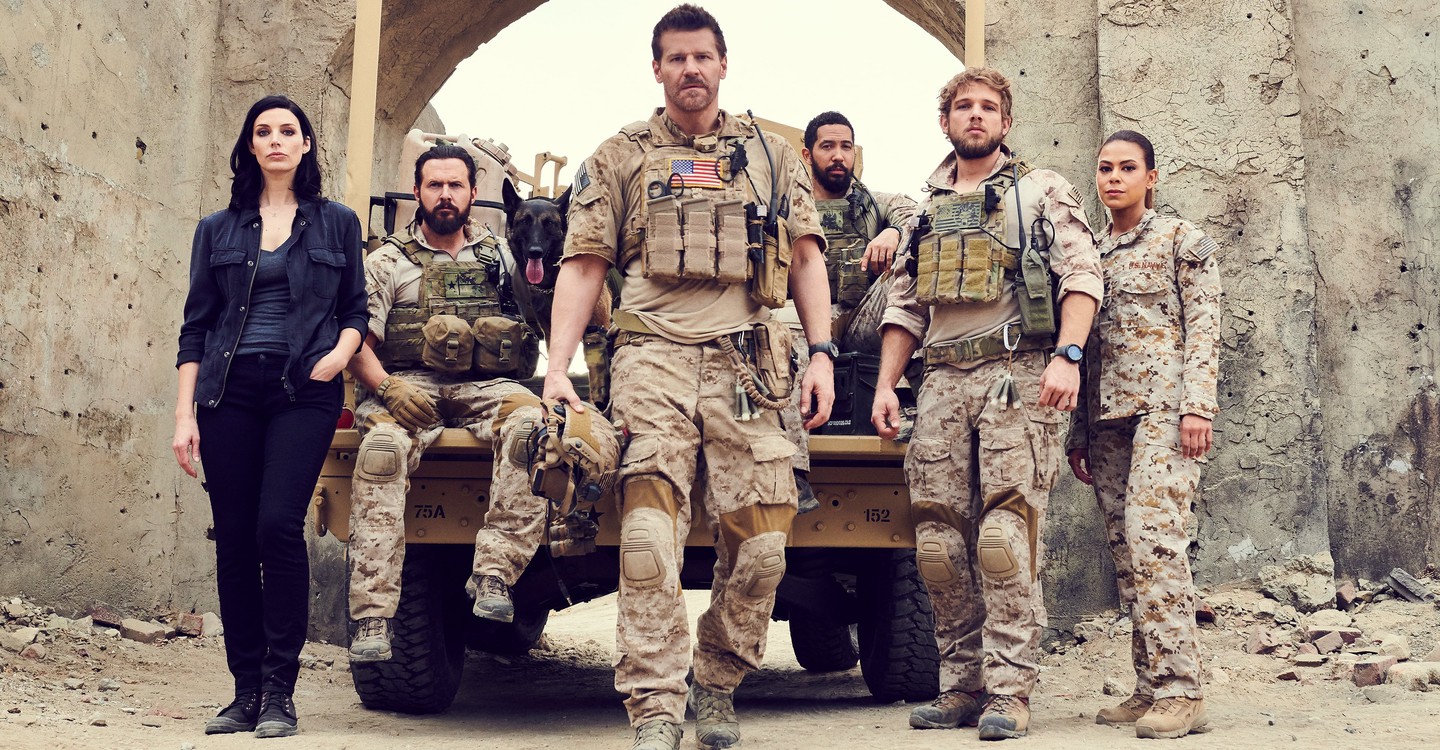 In light of all the mandatory sitting at home by ourselves that’s happening right now, I decided to try something I’ve never done before: I actually watched all those cookie cutter crime shows that TV networks renew for decades on end and grandmas watch during daytime reruns for some reason. I often say I “watch everything on network TV except the acronym shows” well NOT TODAY! I tried my hand at one episode each of all the network procedurals on my dvr. Below is my official report on SEAL Team.

This was a weird one. I think it was technically better than most procedurals I’ve seen for this series but I didn’t actually like it much. The show has a few problems in simple TV execution ways and also a nagging “wait, is this propaganda?!” feeling that my poor Canadian heart couldn’t quite take. I also got the sense that the one I watched was not a particularly typical episode (ads for SEAL Team are usually pretty light on talk and heavy on action), which makes it hard to judge.

The plot of the episode I watched- 3.13, “Fog of War”- saw the team reflecting on the previous episode’s failed mission that had resulted in the death of a hostage. It was a talky episode that played out in something resembling real time while on the flight home from the mission. The only action was the occasional flashback but since the meat of the episode was about conflicting reports over what went wrong, too many flashbacks would give us more information than we could have without resolving too much tension. So they talked. The core SEALS gathered around a table with blueprints and little army figurines to relive the events. Most stood with their arms crossed sternly over their barrel chests. I couldn’t for the life of me tell the characters apart or decipher anything about the personalities I hope they have but just didn’t feature heavily in this ultra-serious episode. As far as I could tell, you’re either a baseball cap forward or a baseball cap backwards man and that’s about as much variety as there is.

There are a thousand reasons to champion diversity in television ensembles but one of the simplest and most superficial is that it straight up just makes it easier to tell everyone apart. All these guys look the same with their medium length brown hair and just enough scruff to look manly but not so much scruff as to look unprofessional. They are almost all white and they’re uniformly the exact right prettiness level so they don’t look too Hollywood to be military. I think one is southern. I know nothing about any of the others. There were exactly two men of colour in the episode and, while the rest of the team looked on in judgment, one was framed as the coward, the other the sacrificial hero. The latter movingly insisted that the team shouldn’t sacrifice their honour for the sake of loyalty, a novel and nuanced sentiment that was really effective when pitched alongside the poignant (and genuinely surprising, given the propaganda vibes) mention of just how incredibly toxic military, and especially SEAL, behaviour can be. The bros want to lie to protect their bro (at one point one of them says “it’s not about brotherhood it’s about brotherhood”, or something like that?) but the bro in question is apparently the only bro on the whole plane with any claim to clear-eyed morality. The argument became less effective the second time he laid it out because the weight of lowest-common-denominator exposition was just too much to bear but the quandary was complex and they get their points for that, even if it wasn’t complexly examined.

At one point, human emotions were mentioned, but the moment quickly passed and it barely counted anyway because that was the scene they inserted to make sure they passed the Bechdel test. Silly ladies, always worrying about the potential consequences of severe trauma and the importance of mental health in high risk occupations. Shhhh, men are talking. And they’re doing so with hyper-specific jargon (a grenade is called a “homewrecker”) so you know this show is very proud of the former SEAL they surely have as a consultant.

SEAL Team‘s overall look is deeply desaturated which is both ugly and predictable but it sports just enough steadicam and unexpected angles to receive a grade of “not totally boring” on its cinematography. The score is apparently co-written by the incomparable Snuffy Walden but, if the score was in there, I didn’t notice it.

Ultimately I think SEAL Team is deeply skippable though I’ll acknowledge that the episode I watched wasn’t too bad. What’s your generic scruffy bro tolerance? You’ll have to make this call for yourself.