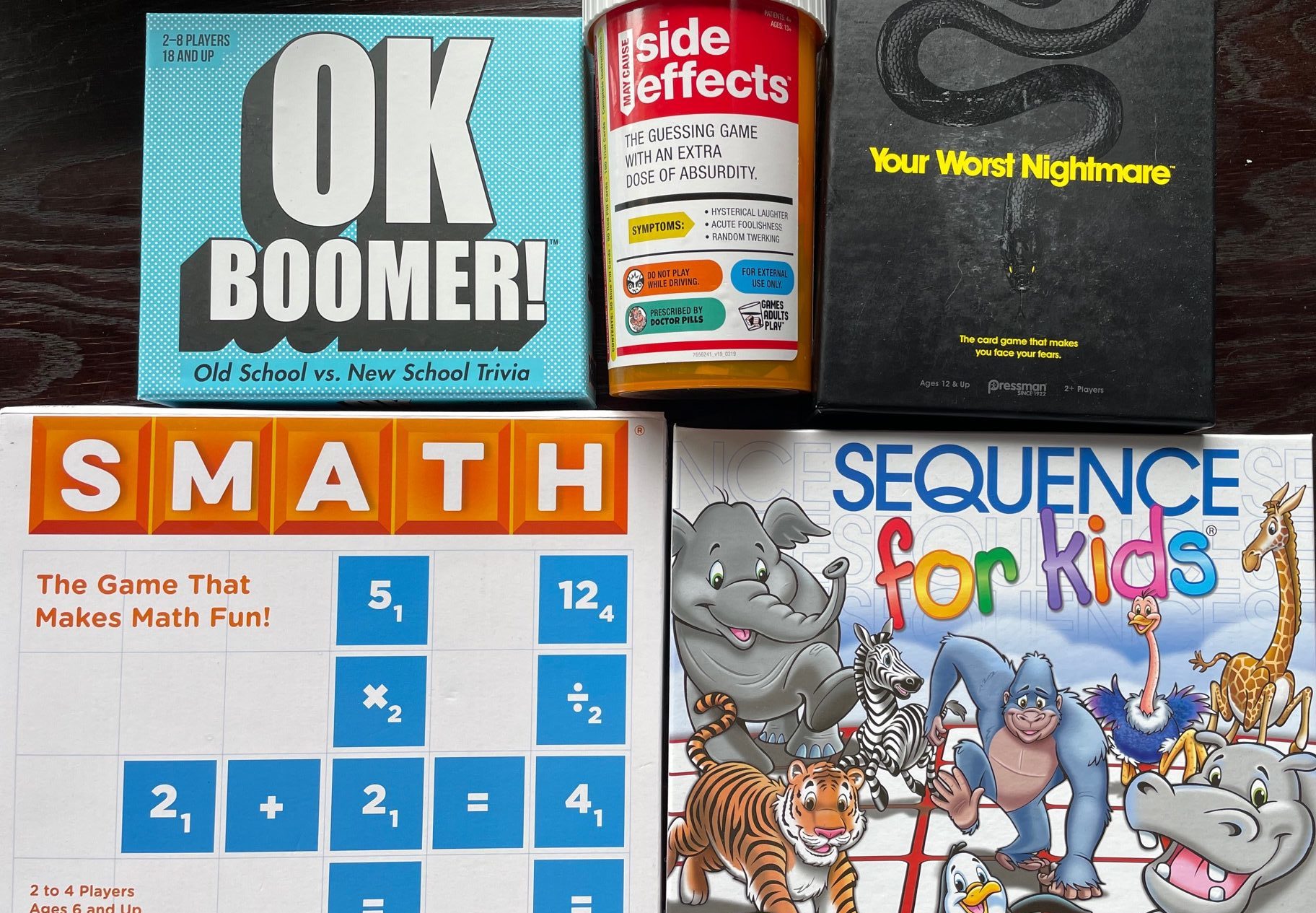 My go-to board game for a long time was Pandemic. It’s fun, complex, difficult, re-playable, and cooperative so I was never accused of personally attacking my friends with my strategy (I once made someone cry during a game of Power Grid; I think she was projecting). But now is really NOT THE TIME for that particular mindfuck so I checked out a couple new releases that might be a suitable replacement.

My very favourite was Your Worst Nightmare, a new party game from Pressman. It follows a pretty familiar party game structure of “guess whose answer is whose” but instead of players trying to be funny or tell dirty secrets or something, they’re ranking their nightmares (each card has four terrible things and you have to rank them based on your own sense of fear). It’s a game that advantages the host of the party (because they are in the best position to know each of the players well) and since I’m almost always the host, that appeals to me. But it’s also just straight up interesting to play, even if the actual winning part isn’t the most fairly merit-based. It’s a great conversation starter (you’re less afraid of getting mugged than being vulnerable? Ok, we need to talk) and that’s ultimately what party games are best for.

The less effective party games I tried were Games Adults Play’s (May Cause) Side Effects and OK Boomer!, both of which I found pretty annoying. The first is a basic Taboo structure with a goofy and not at all offensive “prescription drugs are fun!” angle. Before you attempt to get your team to guess a word, you draw two pill-shaped cards that determine the “side effects” that will limit your communication. The blue pills are verbal (“you are a sports commentator”), the red pills are physical (“you are a chicken”, because of course you are). By all means, embarrass yourself, but I’d rather play Taboo. OK Boomer! is a condescending trivia game intended to sew even more division between baby boomers and millennials (often parents and their adult children). The questions in both categories are way too easy and the millennial ones in particular are incredibly vapid (“what does the peach emoji symbolize?”). Hard Pass.

In an attempt to give my brain a cheerful break, I also tried a couple kids games- jax’s Sequence for Kids (ages 3+) and Pressman’s SMATH (ages 6+). I enjoyed the heck out of the first one, a very cute animal-themed board game that elevates the Tic-Tac-Toe concept with a pretty impressive amount of strategy (what kind of genius 3-year-olds is this for??). It’s not just a great game for kids, I genuinely plan to play my cute animal version of Sequence on the regular with my totally grown-up pals. I was also impressed with SMATH but not really because I enjoyed it. It’s just Scrabble with math equations instead of words but it’s startling to me that this didn’t exist before. It’s brilliant. And I can see it being a really useful tool for learning math. That said, it’s no fun. Scrabble is barely fun and I’m a words person, don’t make me do math. I’m really glad SMATH exists, I just don’t want to play it. Back to Sequence for Kids!