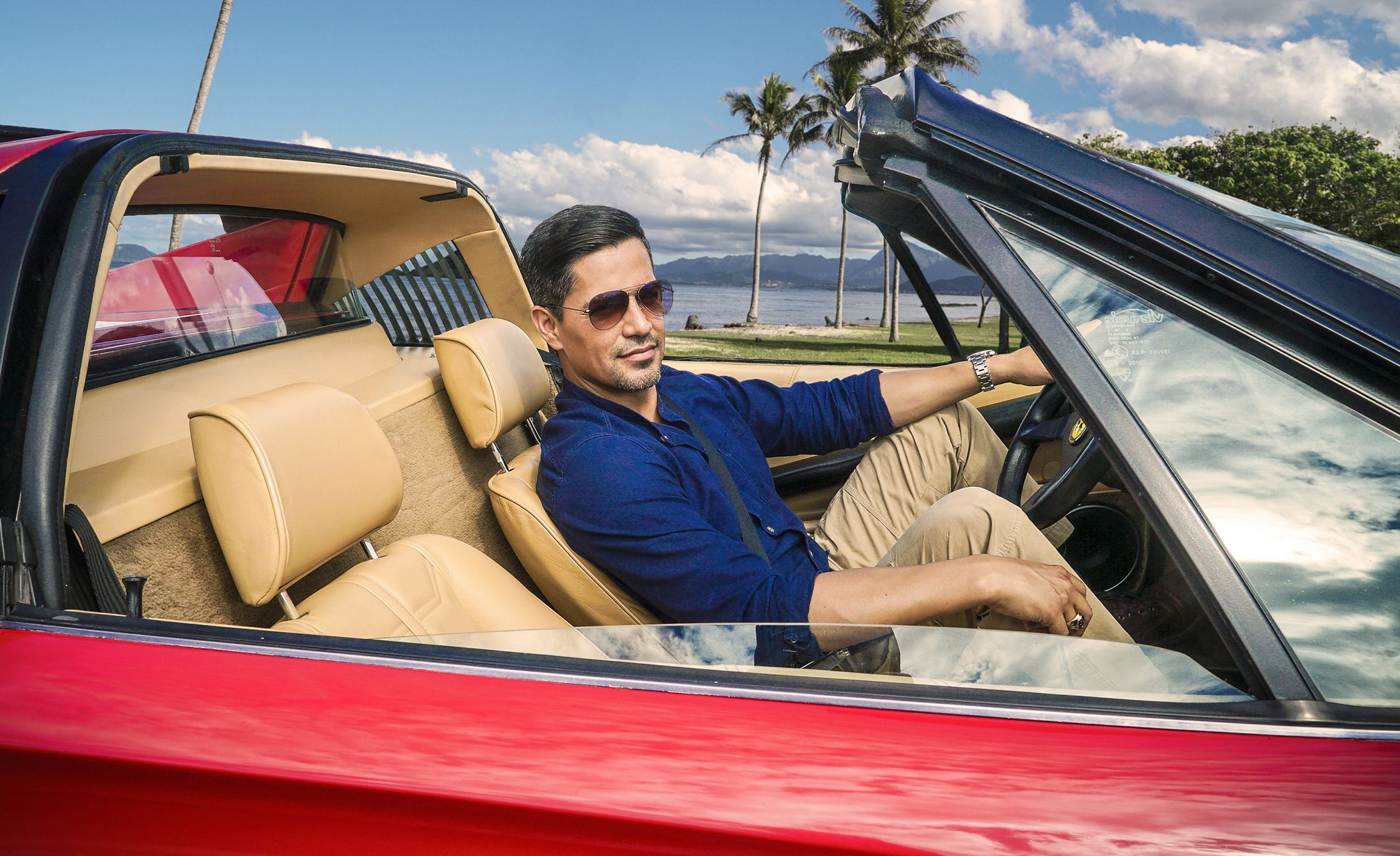 In light of all the mandatory sitting at home by ourselves that’s happening right now, I decided to try something I’ve never done before: I actually watched all those cookie cutter crime shows that TV networks renew for decades on end and grandmas watch during daytime reruns for some reason. I often say I “watch everything on network TV except the acronym shows” well NOT TODAY! I tried my hand at one episode each of all the network procedurals on my dvr. Below is my official report on Magnum PI.

The reboot of Magnum PI is quite charming. You see, Jay Hernandez is extremely charming and the show in general would have to be truly terrible to completely lose all the charm it earns on the back of its leading man alone. As it is, the show in general is only pretty bad so on balance the experience of watching any given episode of Magnum PI is, ultimately, quite charming.

The show is decently but not stylistically shot on beautiful locations in Hawaii and most of the dialogue is right in that sweet spot of light but not too quirky. Tonally, Magnum PI seems to have found exactly the right groove, if only they showed a little more self awareness with regards to the utter absurdity of calling a character “Magnum”.

Though the tone seems right, something still isn’t working, hence the lack of clear endorsement despite the really very effective charm offensive by Hernandez. I think Magnum PI has two central problems. The first is that the plot material just isn’t there. I always struggle with action shows set in places where I don’t buy that there would be that level of action and I think CBS has over-estimated how interesting Hawaii is by quite a large margin. What is the deal with this random Hawaiian estate that needs the protection of a former Navy SEAL, an MI6 agent, and two Marines?! By necessity, a lot feels forced. In the episode I watched- 301, “Double Jeopardy”- Magnum literally led the killer straight to her victim, watched as she murdered him, then let his partner get shot in the stomach. So maybe he’s just not really good at his job? That smile, though ;)

The second, and perhaps even more fundamental, problem is that this is a leading man show trying to be a duo show while wanting to be a team show. There are four supporting cast members who appear to serve no purpose at all and the partnership between Hernandez’s Magnum (ugh, we really can’t call people “Magnum”!) and Perdita Weeks’ Juliet is a weak approximation of a (very) tired odd-couple/will-they-won’t-they trope. Performance-wise, none of the supporting actors are complete duds though none of them have what I would call “interesting characters” and the writers appear to be on a permanent struggle bus with Weeks’ bizarre character who is seemingly trying to serve so many purposes at once that her only real trait appears to be “British” (her dialogue is so littered with cheesy, obvious Britishisms that it literally crossed my mind that maybe she was only pretending to be British). Usually my criteria for a good procedural has a lot to do with the team but here I’m going to contradict myself and say they need a demotion even from the next-to-nothing they’re already doing. Stop trying to make this team happen, it’s not going to happen. Hernandez is your star and, unlike every single procedural leading man I have written about thus far for this series, he actually feels like a star. He’s what works, he’s the only thing that really works, so let him work and carry this “pretty bad” show into “quite charming” territory.