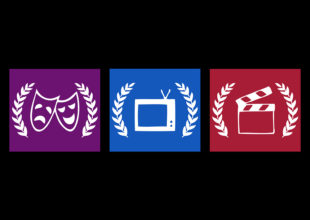 With 2020 in the rearview mirror and our annual Nominee Interview Series concluded, it’s time to announce the winners of this year’s Critics’ Pick Awards!

Covid-19 restrictions put a major damper on our awards season this year, cutting our theatre division drastically and shutting down the cinema awards entirely. But television, boy, television was our everything this past year. Television saved us. It gave us stability and company and took us outside of the tiny worlds we were trapped in. Television, in all its ever-expanding redefined forms, was our 2020 lifeline.

We watched more than 600 eligible television shows in order to make our list of nominations and we’re really proud of the diversity it reflects. All kinds of creators creating all kinds of content on all kinds of platforms within all kinds of genres contributed to the landmark year that was 2020 on TV. Our list just barely scratches the surface.

Below are our picks for the best television of 2020. There was so much that even we didn’t manage to see but what we did see was really something. If you haven’t caught these highlights for yourself, what are you waiting for?

Who Qualifies?
Any show that released new episodes on TV or online between January 1st and December 31st 2020 was considered for nomination. We tried to be as fair as possible with the division of categories (especially when it came to genre) but it’s not an exact science.

Who Picks the Winners?
Our Editors and Staff Writers all got a say but we used your votes submitted via twitter and email for tie breakers and to choose a Fan Favourite.

Without further ado, this year’s winners are…

Outstanding Supporting Actress in a Comedy
Kerry Godliman (After Life)

Outstanding Supporting Actress in a Drama
Sonja Sohn (The Chi)

Outstanding Leading Actor in a Drama
Josh O’Connor (The Crown)

Performer of the Year
Judith Light (Manhunt & The Politician)

Honorary Award
Supernatural
After 327 episodes over 15 seasons, we finally said goodbye to the last surviving show that premiered on the old WB network. That channel launched some of the most innovative and impactful shows of all time and the unparalleled run of cult favourite Supernatural was very much an end of a really special era of television.