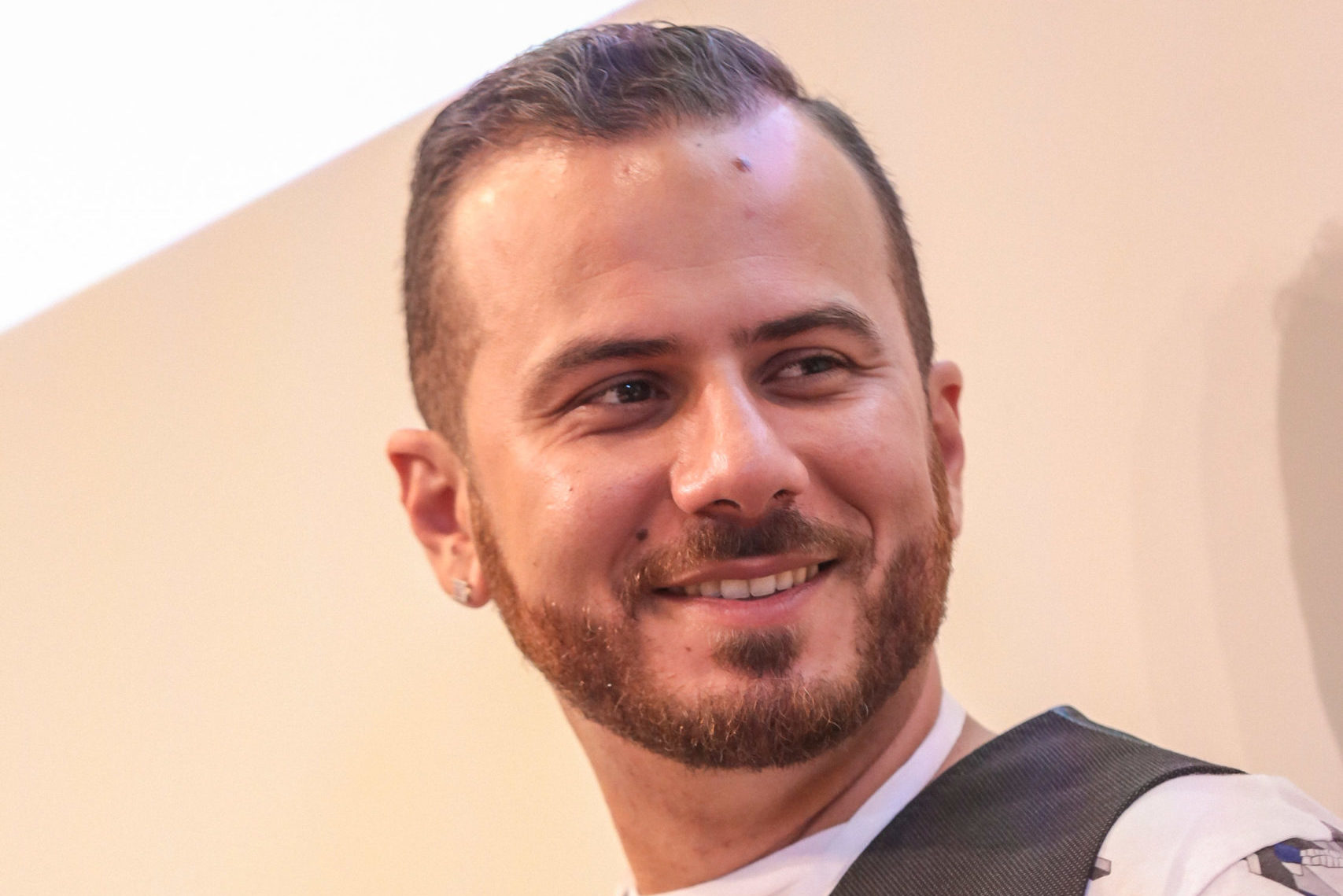 Danny Ramadan is a Syrian-Canadian author, public speaker and LGBTQ-refugees activist. His debut novel, The Clothesline Swing, won the Independent Publisher Book Award, The Canadian Authors Association’s award for Best Fiction, and was shortlisted for Evergreen Award, Sunburst Award and a Lambda Award. The novel is translated to French, German and Hebrew. His children’s book, Salma the Syrian Chef, was published in March 2020 to positive reviews. He is currently finalizing his next novel, The Foghorn Echoes.

Danny graduated with an MFA in Creative Writing from the University of British Columbia and lives in Vancouver with his husband, Matthew Ramadan.

When did you know you wanted to be a writer?
I think it’s almost cliché now to say that I have always been a writer. I channeled all of my childhood playtime into creating theatre plays for my cousins and myself to enact, I collected the lyrics of songs I loved, and read poetry that I was too young to understand. I remember clearly that I was twelve when my father asked me, in front of our whole extended family, what I want to be when I grow up, and I answered, quite proudly, that I want to be a writer.

Of course, the whole family laughed, and they made fun of me for years after. But, I genuinely didn’t understand why that was such a laughable matter. Well, other than the mounting bills and the endless struggle over the years until I reached a point of relative success, I think writing is a pretty solid career. No?

Do you remember the first thing you ever wrote?
Yes. It was a short poem that I wrote for my grandmother. It really had some serious rhymes and some impossibly cheesy metaphors. I won’t repeat it even if you paid me a million dollars for it.

How did you develop your skills?
Well, I’m lucky enough that my education back in Syria focused quite a lot on Arabic literature and Arabic theatre. Arabic as a language is not only the means of communication, but it’s also an infused aspect of the Islamic religion. I am not religious by all means, but I grew up in a religious home that valued a deep look at the intricate ways Arabic as a language turned a phrase in the Quran, and what possible meanings are there for each and every metaphor the Holy Book had. So it was natural for me to read Arabic and to write in it with that deep understanding of the language.

Then comes English, which benefited quite a lot from my love for the Backstreet Boys as a queer teenager and my need to understand the lyrics of their songs. I learned the language on my own, with very little support from family or the school system. I moved then to reading in English, and found some fantastic gems. I have to say that when I wrote The Clothesline Swing, my debut novel, I did not have any formal education in the English language.

Now, I graduated from the University of British Columbia with a Master in Fine Arts – Creative Writing. I spent two years digging deep into the studies, trying to give names to things I know how to do, then enhance those skills I built on my own. It was truly a meaningful experience as I learned a lot about my own writing, and how to leave you with the feeling that you didn’t only read a good piece of fiction, but you were also reading a good storyteller.

Who are some of your biggest literary influences? Do you have a favourite book/author?
I still hold on to my love for Gabriel Garcia Marquiz, which was one of my first influencers in my career as an author. I stepped away, slowly but surely, from his world of magic realism into my own style of writing, but I can still feel his words creeping up on my writing every now and then. Other authors that stand out for me are Egyptian author Radwa Ashour, whom I had the pleasure of meeting back in Cairo, Syrian poet Nizar Qabani, and Syrian dramatist Saad Allah Wannous.
Currently, I’m influenced by the writing of my peers and my friends in CanLit, Michael V. Smith, Joshua Whitehead, Alicia Elliot, Jael Richardson, Amber Dawn, and many others. Too many to name all.

How would you describe your work?
I’m interested, at least currently, in the navigation and the aftermath of trauma on the folks identifying within both the Queer community and the refugee community. I’m interested in keeping the memories of Syria alive through my writing, as well as digging deep into the diaspora experience. I think that there are millions of refugee stories out there that I’m interested in tackling, and I cannot wait for you to read all of them.

What’s your writing process like?
I used to think of my writing as a starting point. I sit down with an idea of a scene, and write and see where I would go from there. I think that dramatically changed over the past years, as I became more interested in writing novels. Novels require a steady hand and a calculated mind to create. I spent a lot of time working on the intricate details of my plotlines before I sat down to write my next novel. Then after, I spent a lot of time thinking of themes to my metaphors and similes, and aspects of my characters’ developments. I however think that both styles of writing are valid. You just got to go with what makes your heart sing as you write.

What are you working on now/next?
I’m in the final stages of my next novel, The Foghorn Echoes. I’m also working on a collection of short stories called The Eight Gates of Damascus, and probably then I will focus on a YA novel called Son of the Silk Maker.