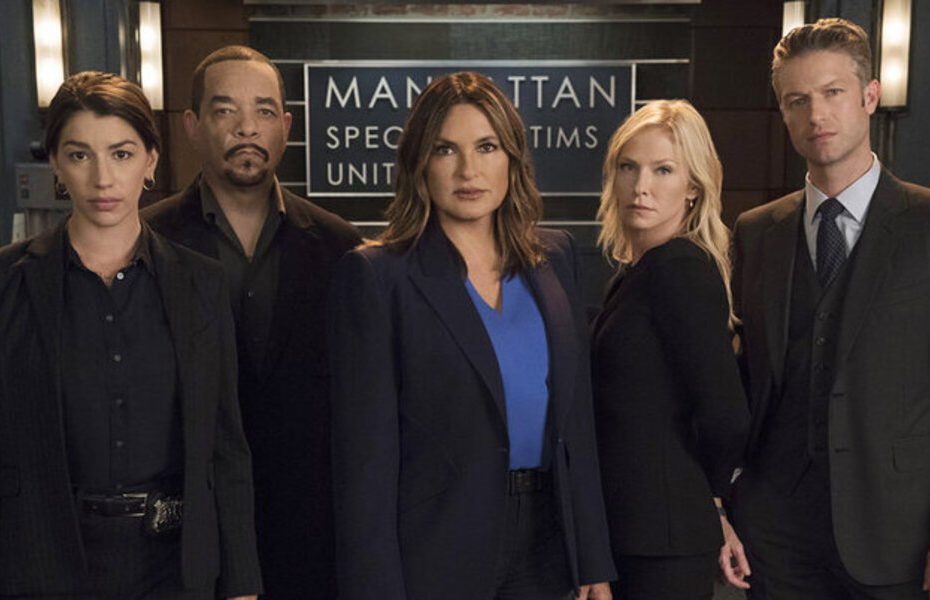 In light of all the mandatory sitting at home by ourselves that’s happening right now, I decided to try something I’ve never done before: I actually watched all those cookie cutter crime shows that TV networks renew for decades on end and grandmas watch during daytime reruns for some reason. I often say I “watch everything on network TV except the acronym shows” well NOT TODAY! I tried my hand at one episode each of all the network procedurals on my dvr. Below is my official report on Law & Order SVU.

It’s hard to believe that I’ve never seen SVU before. Or, I suppose more accurately, I’ve never watched just a single random full episode of SVU before. It’s the longest running network drama in history and I’d only seen it when there was a Chicago Fire/PD crossover that I wanted to see through to its full conclusion. But the premise of this series is that I don’t watch procedurals and, at least on reputation, Law & Order (and thus its arguably more famous spinoff) is the quintessential procedural so I guess you can’t be that surprised that episode 478 was the first non-crossover-related SVU I saw.

“The Things We Have to Lose” was the 20th episode of the series’ 21st season. It wasn’t meant to be the season finale but Covid-related shutdowns made it the season finale. Quite a few plot threads were left hanging that I can only assume were meant to be answered seven days later but now won’t be resolved until, well, who knows really; it feels naive to assume that production will resume as usual in time for fall premieres.

The actual content of the episode wasn’t all that interesting- a Weinstein-based story on the “law” side (guest starring Ian McShane as the dubiously named “Sir Toby”), and a trio of “order” subplots none of which were really investigations of any kind. What was most interesting to me about the particular episode of SVU that I happened to pick was the very idea that plot threads could be left dangling at all. Isn’t the point of a procedural that every episode is its own self-contained story so you can jump in and out at random without needing to follow the overall arc of the series? SVU, or at least this episode of SVU, is apparently far less of the quintessential procedural than I had assumed. Not only did none of the four storylines fully resolve themselves before the end of the hour, none of them started in this hour either.

I took to the show’s extremely useful wiki fanpage to help me sort out the action that was much more complicated than I had anticipated. Though the show has a very smartly streamlined cast (3 detectives, 1 lawyer, 1 boss; that’s it) and very little personal drama to track, the individual plots point to a surprisingly sophisticated season-wide storytelling system.

From what I was able to gather, the A plot of this makeshift finale (Peter Scanavino’s A.D.A. Carisi bringing charges against Ian McShane’s Weinsteiny guy) continued a story that began in the season premiere (when Mariska Hargitay’s Captain Benson and her team arrested him in an undercover sting). Sergeant Tutuola (Ice-T) and Detective Tamin (Jamie Gray Hyder) each carried a different subplot that picked up on two completely separate threads from episode five of this season. Kelli Giddish’s Detective Rollins was left dealing with a recurring character from a two-parter that played out through episodes 9 and 10 (episodes that featured a tie-in appearance from one of the major characters in Tamin’s story who’d been established in episode 5). So, to the best of my understanding, to get the full experience out of this episode (2120), you ought to have watched 2101, 2105, 2109 and 2110 before it.

But somehow not 2119? This is what’s so odd about this episode, and maybe about SVU in general though I certainly haven’t seen enough to declare that for sure. It’s serialized but not continuously. It’s as if the season is a spider’s web of interconnected stories that drop off or seemingly sum up only to come back into play with more complications further down the line, but definitely not right away. It’s very confusing, and definitely not the point of a procedural which are designed specifically for casual occasional viewing. I didn’t think the writing in the actual episode was very good but I’d love to get a peek at the writer’s room whiteboard that has the season mapped out because, on a purely structural level, this is an intriguingly impressive feat.

SVU is definitely the best of the procedurals I’ve watched so far in this experiment, there’s definitely a reason it’s the most loved, but I’d be tempted to put it into the semi-procedural category with the Chicago shows because it was far from the fully self-contained half hour of order + half hour of law that I was expecting.