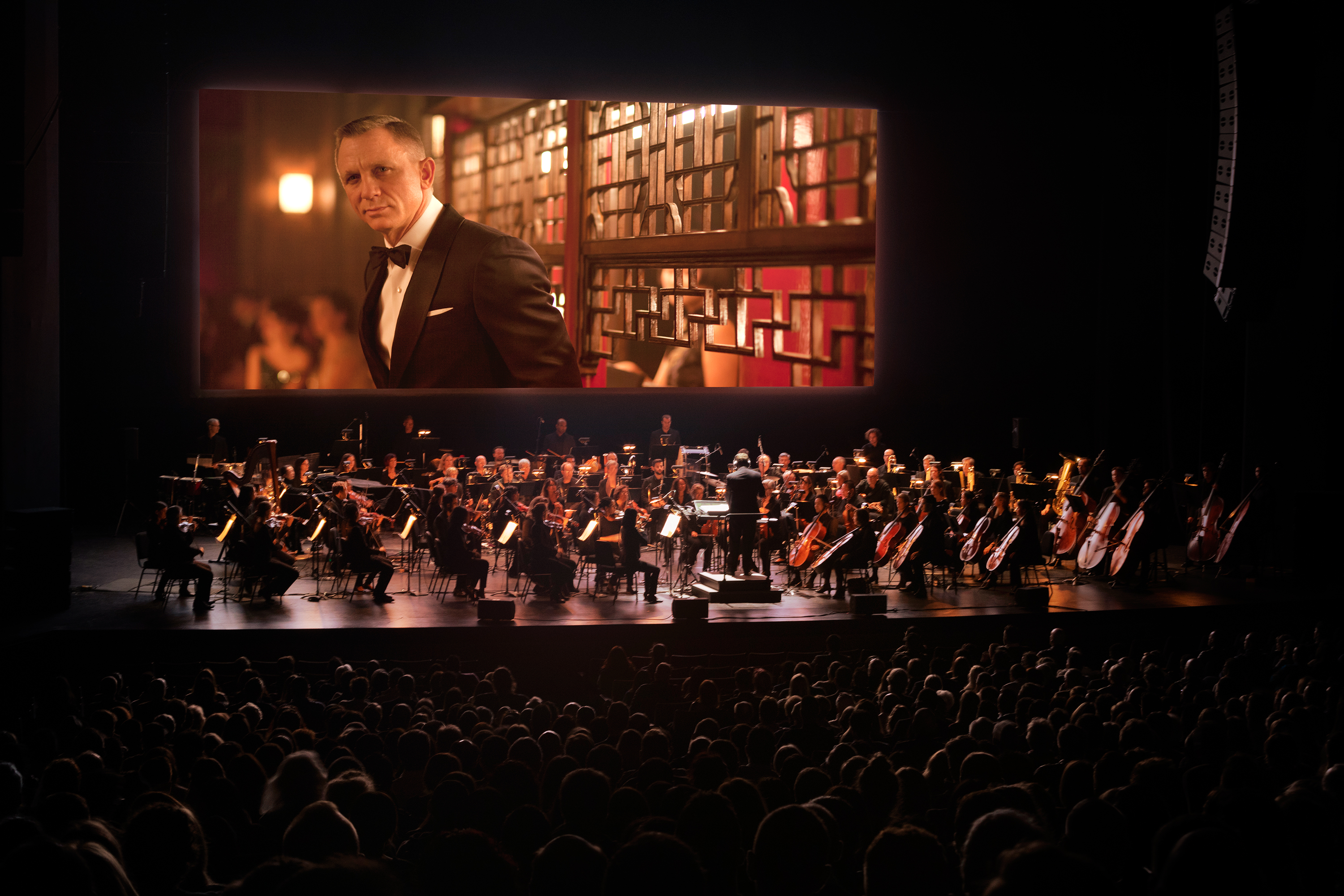 James Bond returns to Toronto with Skyfall, 007 in Concert. The score will be performed by a live orchestra at the newly rebranded Meridian Hall on February 21st and 22nd, and the city is ready to embrace our favourite British Agent.

Vying for some of the top spots in iconic scores, the hard-hitting James Bond soundtrack is guaranteed to get the blood pumping. Originally developed for the big screen in 1962, James Bond has been on a long journey to becoming a modern man. Skyfall is lauded as one of the greatest new versions of our hero; we see him struggle here with psychological troubles more than handling his drink and misogynist tendencies. As the franchise’s most successful film to date, we are able to see our hero in a new light, and see the youthful, modern, and technological world springing up around him.

Regular guest conductor for the TSO, Evan Mitchell, takes the place of honour for these performances. He has conducted the orchestra through the Harry Potter films, and will be stepping up into James Bond’s shoes. Skyfall is originally composed by Thomas Newman, but will also sport many of the better-known themes from the history of the films.

What is it about classical music or working with an orchestra that keeps you coming back all the time in an era of rapidly modernizing music?
Times change and modern music will always be compelling, but the best art is timeless. Just as people have yet to be bored with the Sistine chapel or the Mona Lisa, the great orchestral works of the past are as powerful today as they were 200 years ago.

When did you know that you wanted to work as a conductor? Did it come from the love of a specific instrument?
I’m a trained percussionist but it was working with small ensembles as a student conducting new works that gave me the desire to pursue conducting further. On the podium I try not to play favourites, which isn’t that hard because incredible music is being written for all the instruments of the orchestra.

Do you feel that the various film series are here to stay? Do you see the trend continuing to other great musical movies?
Having been both an audience member and a conductor for films live in concert, it’s simply the best way to see a movie. You somehow get drawn into the music closer than before due to the live element, and at the same time forget that the orchestra is even there. I think it’s a magnificent concert format which will remain very popular.

Are you a James Bond fan? Who is your favourite Bond?
Daniel Craig I think is the most fascinating Bond. Connery gets points for the most charismatic Bond. Pierce Brosnan unfortunately was saddled with a few underwhelming films, he could have been atop the list. My dark horse Bond is Timothy Dalton who tapped into the cold, focused elements of the Bond character from the Fleming books. James Bond should be a little scary, in my opinion.

Do you have a favourite James Bond movie, either in terms of the film itself or musically?
Probably Goldfinger in terms of musical continuity, and as one of my favourites. There’s a musical unity to Goldfinger which is really outstanding. I also have to give David Arnold enormous credit for thematic continuity which continues through both of the movies he scored. In Casino Royale, you don’t hear the iconic Monty Normal theme until the end credits, which serves the character arc, and Vesper’s theme (one of the greatest character themes in all the Bond films) reappears very tastefully in reminiscent scenes in Quantum of Solace. But I would be remiss if I didn’t mention that Skyfall‘s soundtrack is utterly compelling and seeing this film live in concert with symphony orchestra is going to be outstanding!

Can you speak a little about the feeling of conducting such a powerful orchestra through some exceptionally recognizable and well-loved music?
During the easier spots, it’s always very rewarding to be able to bask in the sound in front of you and think about how lucky you are. Generally, though, while conducting film scores live to picture, you need a constant laser focus through two solid hours. It always amazes me that as soon as my focus drifts it becomes incredibly easy for things to become slippery!