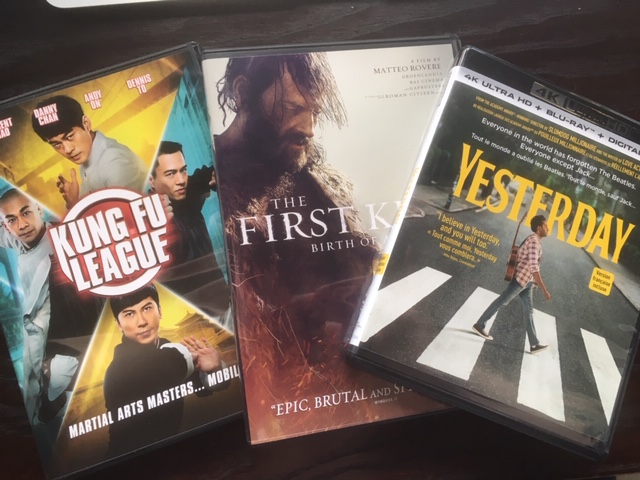 Our favourite independent home entertainment distributor Well Go USA Entertainment brought out two big releases this fall. The First King: Birth of an Empire is an epic action thriller about mythological brothers Romulus and Remus whose rise from humble beginnings and epic battle for dominance forms the origin story of Rome. Brotherly conflict is never not a fascinating narrative to me though the brutally violent, low-word-count approach this film took isn’t exactly my cup of tea. That said, it’s damn cool that they made this movie in latin (the dvd comes with the option of an English dub or subtitles).

The other Well Go USA release is Kung Fu League, which is also pretty violent but a lot lighter in every way (for starters it’s a comedy, but also it’s just literally better lit than The First King, which looks like that big Game of Thrones battle everyone couldn’t see). I don’t love the gender politics at play here but I’m a sucker for an “all in the name of love” adventure, especially one as nonchalantly high-spirited as this one. It’s pretty charming if light, modern kung fu is a thing you think you’d like.

The other release I’m duty-bound to tell you about because Universal generously sent me a copy for our company library (and for some reason a promotional guitar pick?!) is Yesterday, the saddest movie of the year. It’s not purposefully sad, it’s just such a terrible waste. Richard Curtis wrote more of my favourite movies than any other writer in the whole world. I’ve liked everything he’s ever written. But Yesterday is just plain bad. 127 Hours aside, I’ve never really thought Danny Boyle was any good so at least this doesn’t feel like as much of a let-down from him but… Lily James! I love her so much, why can’t she be in better movies? (I take it back, Mamma Mia: Here We Go Again was a masterpiece, but you take my point). The 4K+Blu-ray+digital set comes with a bunch of great special features but it’s annoying how much more entertaining they are than this actual film that lays a ludicrous premise onto a charmless leading man and expects us to be moved. It’s not that the crazy idea of this movie is totally without merit. There’s definitely opportunity there for some really interesting commentary on the modern musical model and how fame is as much a crapshoot as a trip to the casino, and maybe even about mob mentality and how consensus concepts of “greatness” are inherently flimsy. But those first ideas would require insight and that last idea requires guts and none of those ideas work if all the filmmakers are trying to say is “the Beatles were So Cool”. This one just breaks my heart. I’m gonna go watch Bridget Jones until I feel better.