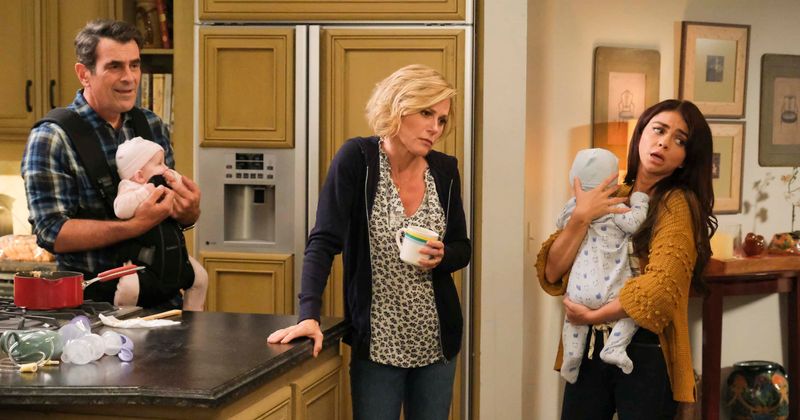 Things That Actually Happened in the Modern Family Season Premiere

I’ve never been a big Modern Family fan. It’s a pretty generic family comedy for some reason held up as innovative and inclusive while comparable network sitcoms that are actually innovative (The Good Place) and inclusive (Fresh Off the Boat, Speechless) get less than a fraction of the love (The Good Place at least is well regarded, though still under-watched; but imagine not nominating D’Arcy Carden for an Emmy!).

This is not to say that Modern Family hasn’t had some really great moments- I really liked the Adam Devine storyline, Ty Burrell is always great, Lily’s pretty funny, and I really am rooting for Haley even if I suspect it might just be because the actress who plays her has really great taste in men. But sometimes the old guard writing staff puts up the sort of material that really ought to be questioned more than it is. Last week’s final season premiere featured the following storylines:

– Alex gets sexually harassed at work in a remote unsafe location (played for laughs).

– Cam asks students to come to his home to shame his husband by pretending to be “at risk youth”.

– Manny takes a director job so he can have power over his ex, purposefully mistreating her hoping it will trigger her low self esteem to want his approval and take him back.

– Phil and Claire actively disregard Haley’s wishes with regards to parenting her own children and Trick Her Into Sleeping so they could give their grandkids formula and pacifiers behind her back.

Maybe because it’s on ABC and expectations of smart, progressive storytelling are lower on networks on account of their aging demographics (frankly not a good enough excuse), or maybe because its many (many many) early-season Emmy wins put it on a pedestal that set it up to be free from criticism (which is just stupid), but Modern Family is rarely scrutinized the way other shows are and maybe it’s time we paid a little closer attention.