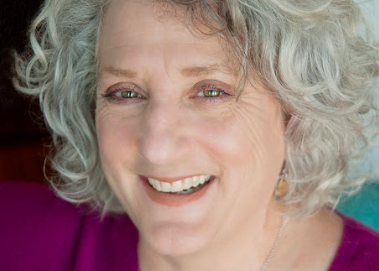 “Nancy Jo Cullen is a twice-nominated Journey Prize Fiction writer.  Her novel, The Western Alienation Merit Badge was published in May 2019 by Wolsak & Wynn’s Buckrider Books. Her short story collection Canary, is the winner of 2012 Metcalf-Rooke Award. She is the author of three critically acclaimed collections of poetry with Calgary’s Frontenac House Press. She is at work on her fourth collection of poems. Her first collection Science Fiction Saint was short-listed for the Canadian League of Poets Gerald Lampert Award, the Writers Guild of Alberta’s Stephan G. Stephansson Award and the Alberta Pulbishers Trade Book Award. Her second collection Pearlwas short listed for the W.O. Mitchell Calgary Book Prize and won the Alberta Publishers Trade Book Award. Nancy is the 2010 winner of the Writers’ Trust Dayne Ogilvie Prize for Emerging Gay Writer. She holds an MFA in Creative Writing from the University of Guelph Humber. A transplanted westerner, she now lives in Kingston, ON”.

When did you know you wanted to be a writer?
When I was a kid I really liked writing and did very well in English and reading was a real solace to me as a teenager. I began to take the idea that I could be a writer seriously when I was in my early 20s when I shared some of my poems with a friend who had actually studied creative writing. He was very kind about them although they must have been so awful.

Do you remember the first thing you ever wrote?
I was in grade 5 and I wrote a short story for my oldest brother Burke and his new wife, Florence. It was inspired by the song “The Lion Sleeps Tonight.” I typed up the story and mailed it to them. My brother, who was one of the nicest people ever, was very nice about receiving it. It’s long gone though.

How did you develop your skills?
I wrote a lot. I read a ton. I produced plays that could have been better. I just did it. Around 1988 (old enough to be unsure of the year!) I took a two-week workshop with the poet Claire Harris in Vancouver through a program called Women and Words and it was amazing. She treated my work seriously and it helped me to take my work seriously. I took a yearlong course at U of Calgary with Fred Wah in the early 90s, again another terrific experience of working with an eclectic group of writers and an excellent teacher. In the mid 90s the League of Canadian Poets were funded for a mentorship program and I was chosen to be a mentee. I was matched with Erin Moure, which was a brilliant opportunity. She taught me so much about re-writing; processes I still use. And she really helped to think about how to shape a pile of finished poems into a book. Writing this down makes me realize how fortunate I was to work with those three particular teachers! In 2008 I started a MFA at the University of Guelph (finished 2010).

Who are some of your biggest literary influences? Do you have a favourite book/author?
I would have to say I’ve been influenced by the work of Frank O’Hara and Anne Sexton. I love Jane Austen’s novels. Some authors whose ideas and work inspire me now are the poets, Billy Ray Belcourt, Gwen Benaway, Danez Smith, Morgan Parker, Ellen Bass and Marie Howe. Fiction writers Deborah Levy, Casey Plett, Miriam Toews, Dawn Dumont, Lucia Berlin.

It’s really hard to name a favourite book but Union Street by Pat Barker just blew my mind. I’ve only read it about 5 years ago though it came out in the early 80s. And the poetry collection Keep That Candle Burning Bright by Bronwen Wallace. The Wallace collection is out of print and the Barker is not really available in Canada so I hold on to my copies.

How would you describe your work?
I write poetry and prose. I would describe my fiction as dramedy, I suppose. And actually I suppose my poetry leans toward dramedy too. Although the current collection of poetry I’m writing now seems to be mostly about grief and this difficult world, so it’s pretty lacking in comedy.

What’s your writing process like?
When do I write? Technically, I write in the mornings. But in the mornings I also try to fit in some exercise and answer email, get a bit of news. So depending on how much time I waste online, I write from about 10-2, with a lunch break. I also have to fit better paid employment in there, some at home, and some in the evenings outside of the house. I don’t write every day, I write every day that I can.

Tell us about your most recent book.
My most recent book is The Western Alienation Merit Badge. It’s a novel set in Calgary in 1982 during a global recession and in the aftermath of the National Energy Program. It’s explores the dynamics of a small family who fall apart after coming to live together to pay the mortgage on the family house. It’s been described as part family drama, part queer coming of age story.

What are you working on now/next?
I’m just finishing up a poetry collection, tentatively titled, Nothing Will Save Your

Nancy Jo Cullen will be appearing at The Word On The Street Toronto’s 30th Anniversary festival this month. Visit their website for more  thewordonthestreet.ca/Toronto