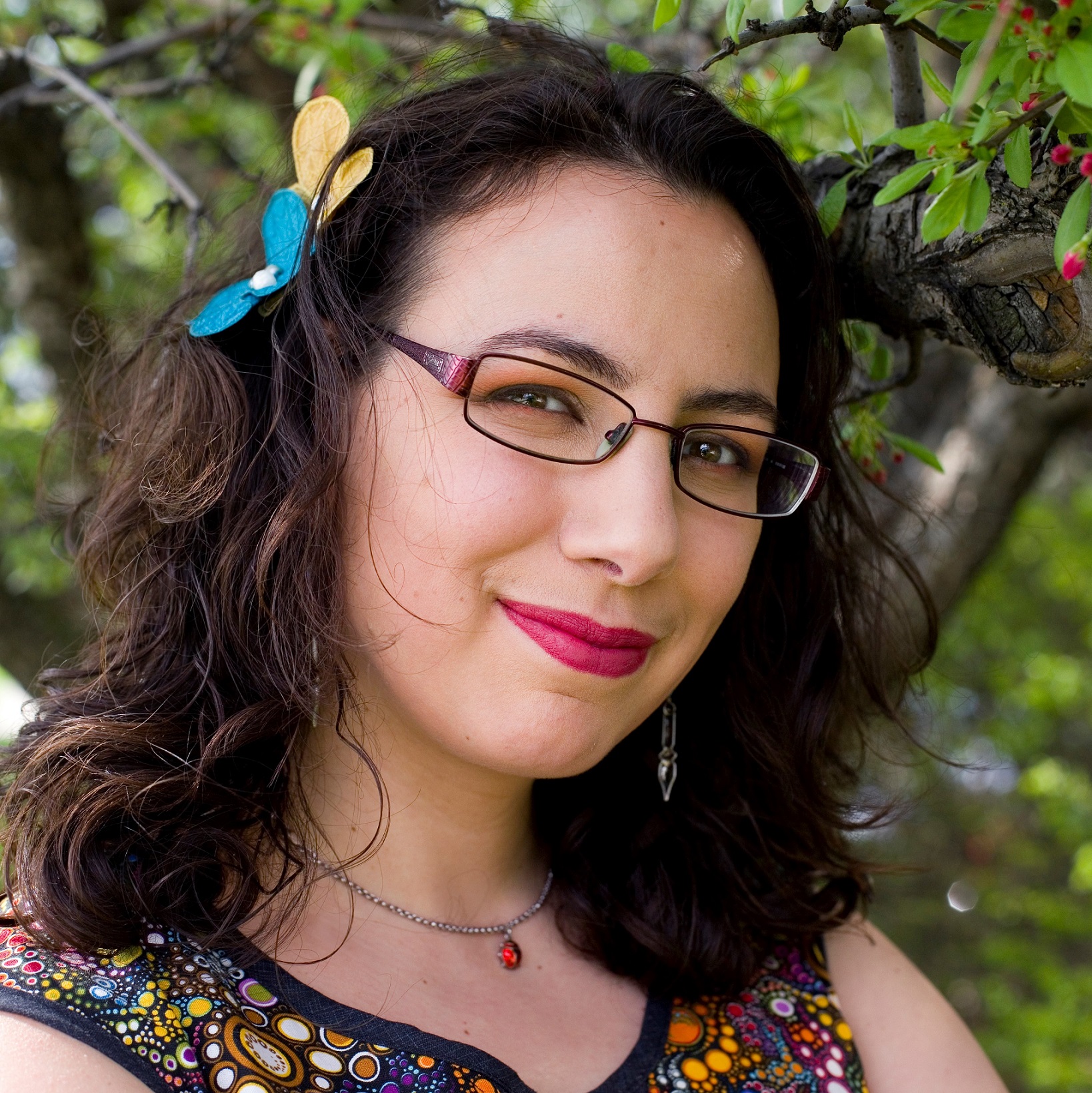 “Amal El-Mohtar is an award-winning author, editor, and critic. Her short story Seasons of Glass and Iron won the Hugo, Nebula, and Locus awards and was a finalist for the World Fantasy, Sturgeon, Aurora, and Eugie Foster awards. She is the author of The Honey Month, a collection of poetry and prose written to the taste of twenty-eight different kinds of honey, and contributes criticism to NPR Books and The New York Times. Her fiction has most recently appeared on Tor.com and Uncanny Magazine, and in anthologies such as The Djinn Falls in Love & Other Stories and The Starlit Wood: New Fairy Tales. She is presently pursuing a PhD at Carleton University and teaches creative writing at the University of Ottawa. She can be found online at @Tithenai”.

When did you know you wanted to be a writer? Do you remember the first thing you ever wrote?
When I was seven years old I wrote a poem to the moon full of thees and thous I’d learned from a very digested children’s version of A Midsummer Night’s Dream. I was very proud! I still know it by heart. And my parents were so encouraging — placing that child’s effort in a lineage of family poetry that included my grand-father speaking truth to power during Lebanon’s mid-century political turmoil — that I determined then and there that I would be a writer.

How did you develop your skills?
Over years and years through a varied diet of reading widely, writing a lot of embarrassing juvenalia very earnestly, roleplaying on the internet, and cultivating a core group of friends with whom to share work regularly and learn from each other.

Who are some of your biggest literary influences? Do you have a favourite book/author?
In the same year I wrote that poem, I read The Hobbit by J. R. R. Tolkien and fell in love with it. It’s the book I unhesitatingly name when someone asks me my favourite. But its influence on me doesn’t mean that I want to write echoes of that book. Somewhere in that first copy was the information that Tolkien began his own career by writing poems, then short stories, then novels, and I remember thinking “ah, that’s how you become a writer.” I began working in that order! But everything I read influences me to some extent, either by aspiring towards skills I don’t yet have or by decisively turning away from things that don’t work for me (after thinking through the whys of my reaction), and I’m influenced across genres and media. And influence is a different beast from admiration, sometimes; there are authors I hugely admire but don’t feel influenced by, and authors who’ve influenced me whom I don’t ever wish to read again — and then there are writers, like Naomi Mitchison, whom I encounter in adulthood and wish I could retroactively edit into my childhood, to have the benevolent influence of something like Travel Light over my the whole of my life.

How would you describe your work?
Lyrical and hungry, deeply felt and sensuous, yearning towards generosity and anxious to be hospitable.

What’s your writing process like?
It varies so much from project to project, but always involves taking myself away from wifi and the internet somehow. I used to be able to write while proximate to social media, but no longer. Often it involves outlining by hand on paper and then sinking into the story via keyboard.

Tell us about your most recent book.
This Is How You Lose the Time War is a novella I co-wrote with Max Gladstone, in which time-travelling super spies on opposite sides of a time war start writing each other letters and develop feelings for each other — a bit Griffin and Sabine meets Killing Eve.

What are you working on now/next?
The pilot episode for the TV adaptation of This Is How You Lose the Time War, in fact! It was optioned for TV by wiip a few months ago, and Max and I are co-executive-producing as well as writing the script. We’re really excited to dive back into this material — it’s like writing fanfic of our own work!

Besides that, this fall I’m teaching Creative Writing at the University of Ottawa while finishing my doctoral dissertation at Carleton University and continuing to write the SFF column for the New York Times Book Review, so definitely feeling like an authority on Losing the Time War at this point.

Amal El-Mohtar will be appearing at The Word On The Street Toronto’s 30th Anniversary festival this September. Visit their website for more thewordonthestreet.ca/Toronto