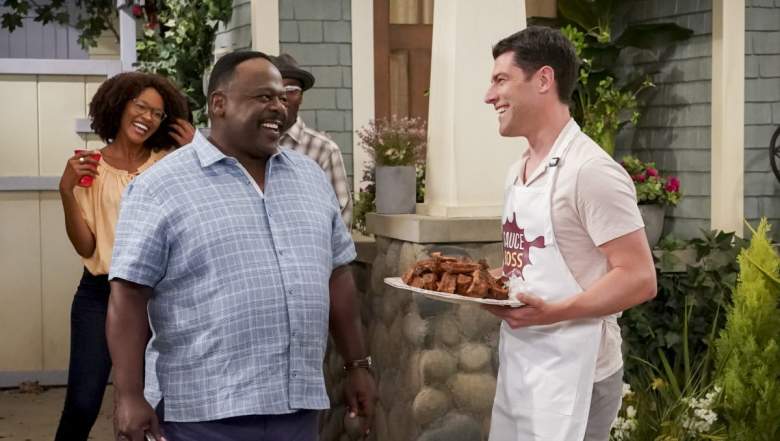 CBS doesn’t make great comedies. With the exception of How I Met Your Mother, which felt cool and genuinely new in its early seasons and therefore read as a total fluke for the uncompromisingly oldschool network, the modern story of CBS is top-notch reality competitions, homogenous procedural dramas, and tired three-camera comedy. Mom has its moments and Young Sheldon really works when it works (the excellent season premiere was far above that show’s middling average) but, placed in the larger context of the quality of contemporary television comedy, CBS sitcoms are just plain not great. And it’s not a coincidence. Every once in awhile the network will accidentally greenlight something with potential (Life in Pieces was a gem, last year’s Happy Together had some magic that never got to go anywhere) but like clockwork those shows fall by the wayside as the CBS powers that be back the mediocre show next door.

In the case of Happy Together, that inferior timeslot neighbour was The Neighborhood, a forced and simplistic odd couple sitcomification of Clybourne Park‘s second act, though I’d be shocked if Bruce Norris’ Pulitzer Prize-winning play has ever actually come up in the writers room. I floated in and out of The Neighborhood‘s first season, catching probably half the episodes as I optimistically checked back periodically to see if it had gotten better. If you’re open minded enough and don’t expect more from a CBS sitcom than CBS wants to give you, most shows do eventually prove that they’ve got something to offer. The Big Bang Theory was a great example of that; it was never a masterpiece but it went through massive structural and tonal changes in its twelve seasons and ended up a far better show than it began. I’m glad I never wrote it off. So I don’t want to write off The Neighborhood either.

CBS wasn’t always a comedy wasteland. In the 1970s, CBS was home to Norman Lear’s All In the Family, largely considered the most influential sitcom of all time. If you squint, and ignore a lot of jokes that range from normal-terrible to “wait, was that offensive? What’s the racial breakdown of this writer’s room? Is this show seriously problematic?”-terrible, you can see a touch of All In the Family aspiration in The Neighbourhood‘s DNA. But All In the Family didn’t dip its toe tentatively into a politically charged pool like The Neighbourhood does, it dove in and reckoned with the reality of the water. Everybody in The Neighbourhood plays way too nice, ultimately turning a premise with the promise to delve into the subconscious (or conscious) prejudices at the heart of American culture into a utopian misunderstanding comedy about party decorum.

The second season premiere centers on the yearly barbecue that factored into last year’s pilot. There’s a squabble about ribs that is actually about belonging but it definitely isn’t about race unless you really start mining the subtext. It’s CBS, don’t mine for subtext.

The B-plot between the wives is the episode’s strongest thread, starting off as a cute little story about gift giving and going to two interesting places- the first a genuinely touching note about ignorance but also benefit of the doubt and the second a genuinely funny bit about a peasant shirt that I might even call edgy (a word CBS has never heard). Tichina Arnold and Beth Behrs have consistently been the show’s best pair and their conflicts of communication have provided all of the show’s most interesting explorations of racial differences. But their supporting character status has meant even their most impactful moments were fairly superficial (literally superficial, they tend to be funny observations about fashion or hair rather than anything more personal).

But even with the moderate success of the female characters, the focus of the show is on the men and, a full season in, none of them are developed beyond the vague sketch of personality that showed up in the pilot. Dave’s unrelenting goodness is as tiresome as Calvin’s rootless grumpiness and without well-developed characters the show has no real shot at well-developed insight. I’ll keep an eye on The Neighbourhood, I still don’t want to give up hope, but they’ve got to drill down if they’re ever going to hit something worthwhile under those perfectly manicured lawns.