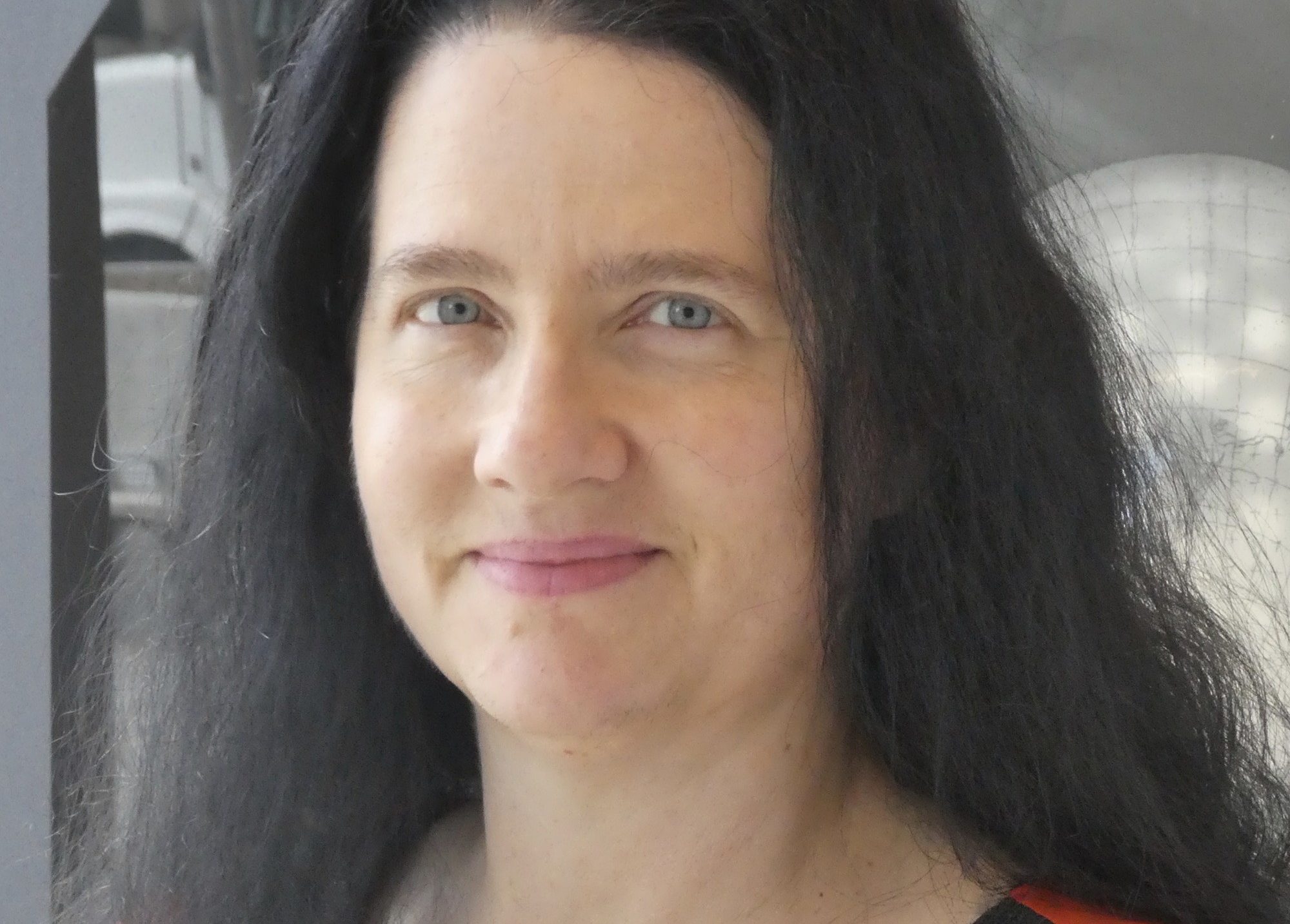 “Toronto author and editor L.X. Beckett frittered their misbegotten youth working as an actor and theatre technician in Southern Alberta before deciding to make a shift into science fiction. Their first novella, Freezing Rain, a Chance of Falling, appeared in the July/August issue of the Magazine of Fantasy and Science Fiction in 2018, and takes place in the same universe as their upcoming 2019 novel Gamechanger. Lex identifies as feminist, lesbian, genderqueer, married, and Slytherin, and can be found on Twitter at @LXBeckett or at the Lexicon.

When did you know you wanted to be a writer?
I was compelled to write as soon as I began learning to read. Books were important in my family of origin and kids, naturally, can sense what matters to the people around them. Maybe if I’d grown up around concert pianists or football players, I would have tried something else.

Do you remember the first thing you ever wrote?
I do! I don’t have any receipts to prove it, but I was writing Dr. Seuss-styled doggerel from about the age of five. It was… not good.

How did you develop your skills?
I wrote. I wrote some more. I sent out stories and started making pro sales. Eventually I started going to writers’ workshops at science fiction conventions, and then in time I went to Clarion West. Lately I’ve re-entered the workshop environment, in an attempt to level up even further, by pursuing an MFA in Creative Writing.

Who are some of your biggest literary influences? Do you have a favourite book/author?
So many favorites: one of my big passions is British literary crime fiction: the work of writers like Hilary Mantel (yes, she wrote crime novels back in the day!), Tana French, early P.D. James, Nicola Griffiths and Minette Walters. I’ve read The Shape of Snakes by Walters a few dozen times, trying to tease apart the little miracle that is its final knock-out punch. And the Aud books, by Griffiths, as well as her recent novella, So Lucky, are immaculate—brilliantly written portraits of stunningly complex people.

How would you describe your work?
I write stories about people who are in trouble—often terrible trouble—but who aren’t helpless. There’s always something they can do to make their own lives better… and, usually, to make others’ lives better. My current novel is set in the year 2101 after humanity has spent decades pulling together to survive climate change. Nothing is perfect, the job’s not done and yet a lot of things have improved. One of the nicest things anyone has said about the book is that it’s set in a world they can imagine living in.

What’s your writing process like?
You know those abstract painters who literally throw paint at a canvas to see what sticks? That feels like an emotionally accurate picture of how I feel I draft fiction. Splat! Red! Splat, green! Firehose of blue and orange. It’s fast, it’s colorful, it’s messy AF and at the end of each day you have to hose down the studio and pray you don’t get evicted.

The problem with this is what I imagine ending up with after all that is something that looks like a nice precise Mary Pratt painting of… I dunno, jam jars. I spend ten percent of my time firehosing color at the page and ninety percent trying to turn all those big splashes into a recognizable story.

Tell us more about your most recent book.
Gamechanger is a hopetopia. This doesn’t mean a pie in the sky future where humanity fully solves carbon crisis and develops a perfectly fair society in the process, where nobody ever skins their knee or hears a harsh word and someone bioengineers unicorns. But the people in the novel, particularly the younger generation, are mostly idealists who want a better planet and are actively figuring out how to build a sustainable future for us all here on earth.

The novel’s central character is Rubi Whiting, a public defender who helps people when their social media popularity nosedives, putting them at economic risk. Rubi’s good with difficult, unstable people and she has taken on a particularly antisocial client… only to find out that international law enforcement is pretty sure he’s either a homicidal AI or possibly a terrorist app built by people who resent green restrictions on human reproduction.

Rubi’s generation has something in common with present day Millennials (and younger folk) in that finding full-time gainful work has always been an uphill road for them. So her side gig is as a live actor in gaming sims and she uses her fame to signal-boost for her favorite ecological recovery causes. She’s doing quite well both as a lawyer and as a gamer. So on top of having this super-difficult client who really needs her help, she’s getting to a point where she may have to choose between gaming—which is fun and rewarding but even with the advocacy feels frivolous—and the law, which is indisputably virtuous but obviously a lot less enjoyable.

And that’s just where the book starts!

What are you working on now/next?
My biggest priority is the Gamechanger sequel, Dealbreaker, which is almost done, but I have also been branching out lately into other genres of writing, as a side effect of my MFA. I have a play I want to get produced, a TV pilot, a feature film, and even a bunch of strangely angry poems on the go. (None of the poems are reminiscent at all of Dr. Seuss!)

I am pretty sure novel writing will always be my first love and the practice I return to, but it has been great to explore other avenues. It’s crucial as an artist to keep pushing yourself to learn, and to go in directions that initially feel uncomfortable. After Dealbreaker’s finished, that’s what I want to do… pick an uncomfortable direction and plunge toward it for awhile.

L.X. Beckett will be appearing at The Word On The Street Toronto’s 30th Anniversary festival this September. Visit their website for more  thewordonthestreet.ca/Toronto