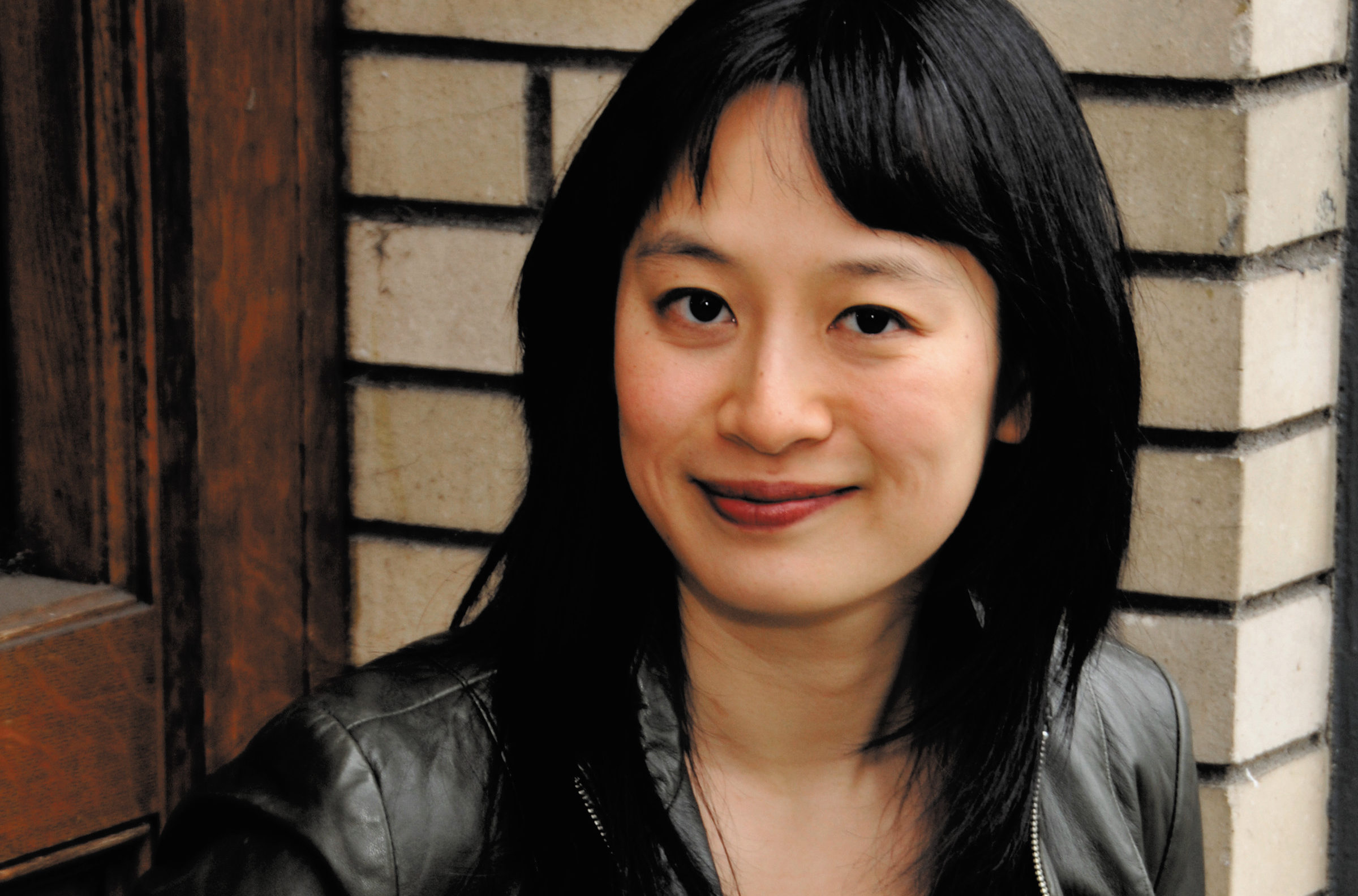 “Fonda Lee is the World Fantasy Award-winning author of Jade City and the award-winning YA science fiction novels Zeroboxer, Exo, and Cross Fire. Born and raised in Canada, Lee is a black belt martial artist, a former corporate strategist, and action movie aficionado who now lives in Portland, Oregon with her family.”

Do you remember the first thing you ever wrote?
This may not have been strictly the first thing I wrote, but I penned my first novel in fifth grade. I had a forty-five-minute-long school bus ride to and from school each day, so I used that time to write a story about a dragon and a magical amulet. It took up 300 pages of lined paper.

How did you develop your skills?
I wrote fan fiction in my twenties. Once I started writing my own characters and story worlds, I attended writing conferences, classes, and workshops—in person and online. I read books on the craft of writing. I started examining fiction with a writer’s eye and thinking about how the stories were constructed. Most importantly, I wrote, and wrote, and wrote some more. There is no substitute for simple practice and experience.

How would you describe your work?
I write fantasy and science fiction novels with grounded and gritty world building, moral ambiguity, character drama, and lots of action.

What is your writing process like?
I spend two or three months upfront researching and brainstorming. I need to know the beginning, the end, and some of the major narrative turning points of the story before I start writing. I outline the story, but I always end up changing it multiple times along the way. When I’m in the thick of drafting, I write toward short- and medium-term goals, such as, “finish the next two chapters by the end of the week,” or “finish a first draft by the end of the year.” I work best when I have a solid chunk of three to five hours to sink into the work, and I always have a big cup of tea and noise-canceling headphones.

Tell us about your most recent book.
My recent novel is Jade War, the second book in the Green Bone Saga. It came out in July and is the sequel to Jade City, which won the World Fantasy Award last year. The series is an epic urban fantasy gangster family saga that I’ve described on a number of occasions as “the Godfather with magic and kung fu.”

What are you working on now/next?
I’m hard at work on the third book in the Green Bone Saga trilogy, and after that, I have ideas for other projects that I can’t talk about yet. Stay tuned!

Fonda Lee will be appearing at The Word On The Street Toronto’s 30th Anniversary festival this September. Visit their website for more  thewordonthestreet.ca/Toronto