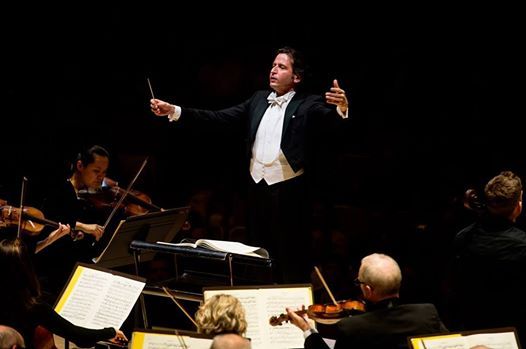 The TSO Opens & Closes with The Firebird

The Toronto Symphony Orchestra closed out their season by opening a new chapter, welcoming incoming music director Gustavo Gimeno to the podium to introduce himself to the audience before be begins his full time gig next season.

The evening began with Sibelius’ Violin Concerto in D minor, Op. 47 with concertmaster Jonathan Crow on the solo. The piece’s greatest attribute was what I referred to in my notes as “haunting woodwind madness” and the theatrical production of the piece helped guide the audience through despite some disconnects in Sibelius’ themes and Crow’s let’s call it understated performance style.

Though he’s not the most dynamic soloist (inarguably a superb technician, just not a thrilling watch), Crow was undoubtedly missed as the orchestra transitioned into the second part of the evening with Prokofiev’s Symphony No. 1 in D Major, Op. 25 and Stravinsky’s Firebird. Principal flutist Kelly Zima was also MIA and the flutist I brought with me to Roy Thomson Hall yearned for her tonal clarity. Overall the evening left me wanting more vibrance and personality, especially considering this was our introduction to a new conductor.