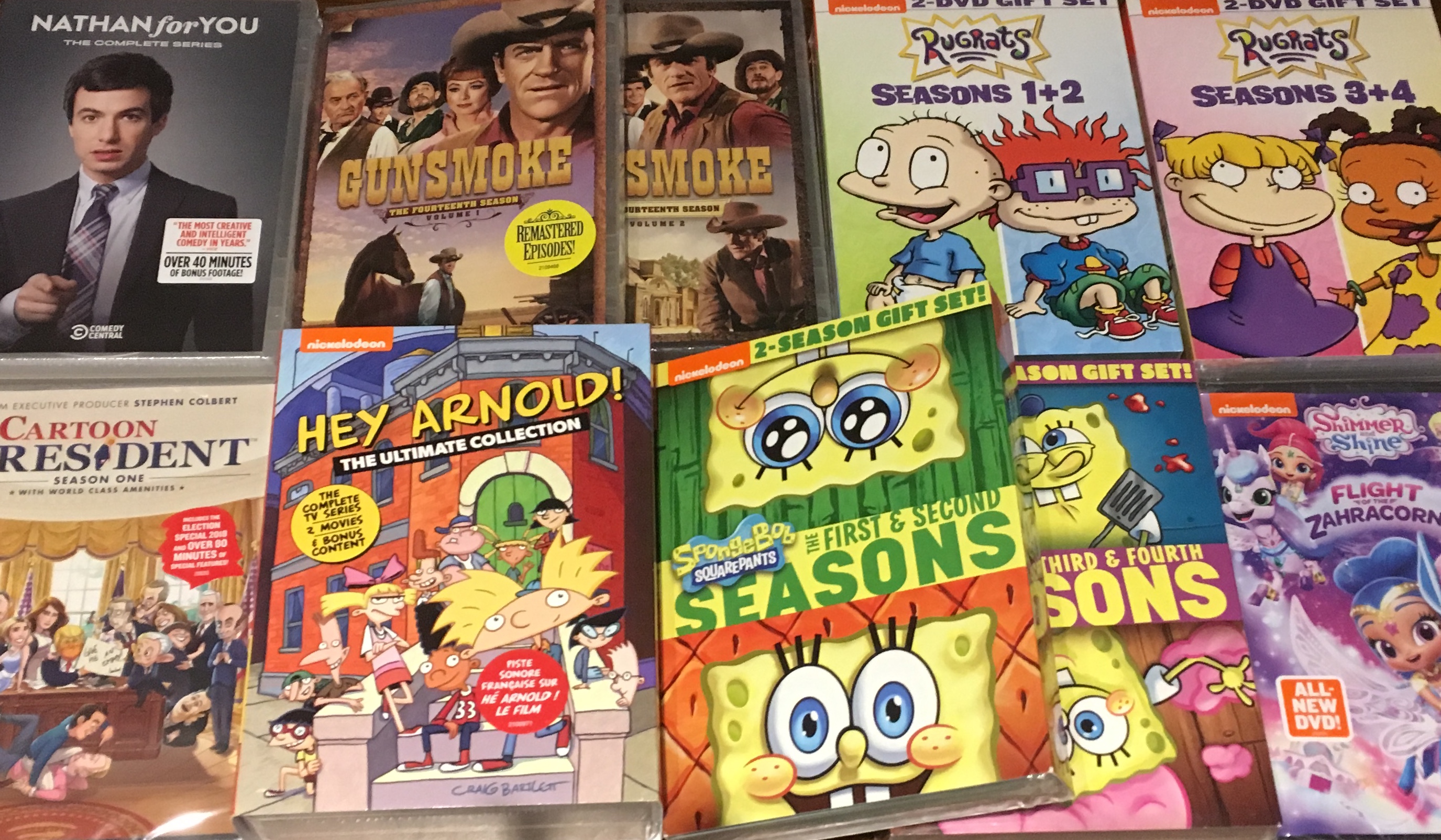 Movies
This month we’re seeing a hodgepodge of home entertainment releases as the last of the 2018 movies make their way to DVD. Controversial Best Picture Oscar winner Green Book‘s Blu-ray & DVD combo pack is, perhaps counterintuitively, the easiest buy on the list. It’s got a few decent special features (mostly cast interviews, and it’s a smart cast worth listening to) but, mostly, no matter what you think of the film, any collector should put in some effort to have Best Picture winners on their shelf. On the other end of the spectrum, Jason Reitman’s The Front Runner is also arriving on Blu-ray. This movie was totally overlooked last year and had a cultural impact of basically zero. But it’s a damn good movie and I think you should at least watch it if not necessarily invest in it. Instant Family on DVD, on the other hand, I insist that you buy despite its lack of important cultural impact. 2018 was the year of surprisingly great seemingly silly studio comedies and Instant Family is the crown jewel of that group. It’s hilarious and heartwarming and just really well made with tons of rewatch value despite the release’s lack of special features. The last film release in this pack is The Possession of Hannah Grace on  Blu-ray & Digital, a classic horror starring Shay Mitchell with some decent special features (though an audio commentary would have been nice). This is a total judgement call- if horror’s your thing, go for it. If not, the hardest of passes because this story is gnarly.

Modern Parody
The highlight of this season of home entertainment releases is definitely this hyper-specific subcategory of TV shows that happen to be hitting all at once. The Nathan for You Complete Series is an absolute must-have for its deadpan hilarity and remarkably astute observations about the human condition. The first seasons of Our Cartoon President and American Vandal are also available now. I particularly recommend the latter, a rare Netflix DVD release and one of the greatest and most complex satires I’ve ever seen on TV (or any medium, really). Season two is also great (though the show was sadly cancelled after that in the great Netflix cull of 2018) but season one is really a piece of standalone perfection that is at once a perfect true crime story and a total takedown of our true crime-obsessed culture. I absolutely insist that you buy it.

Kids’ Stuff!
Lots of great kids releases lately, especially if you’re a nostalgic millennial interested in subjecting current kids to the hits of your own childhood. The highlight is obviously Rugrats, the beloved 90s cartoon that’s now available in two volumes (seasons 1 & 2 and seasons 3 & 4). There’s also SpongeBob SquarePants (also seasons 1 & 2 and seasons 3 & 4 in two volumes) and a particularly delightful box set called the “Hey, Arnold Ultimate Collection“. That show was a real gem, I’m so glad to see it reappear. Then there are new takes on a few classics- Peter Rabbit Springtime Collection, and Rise of the Teenage Mutant Ninja Turtles (featuring the great Eric Bauza as Splinter!), and a few actually new titles- Robot Raiders & Nella’s Royal Quests.

Oldschool
Paramount’s always good for a few throwback pics from their expansive canon every month. The latest is Gunsmoke, their classic western they’ve been releasing on DVD for what feels like forever. We’re up to the Fourteenth Season now which, like the others, can be purchased in two volumes.