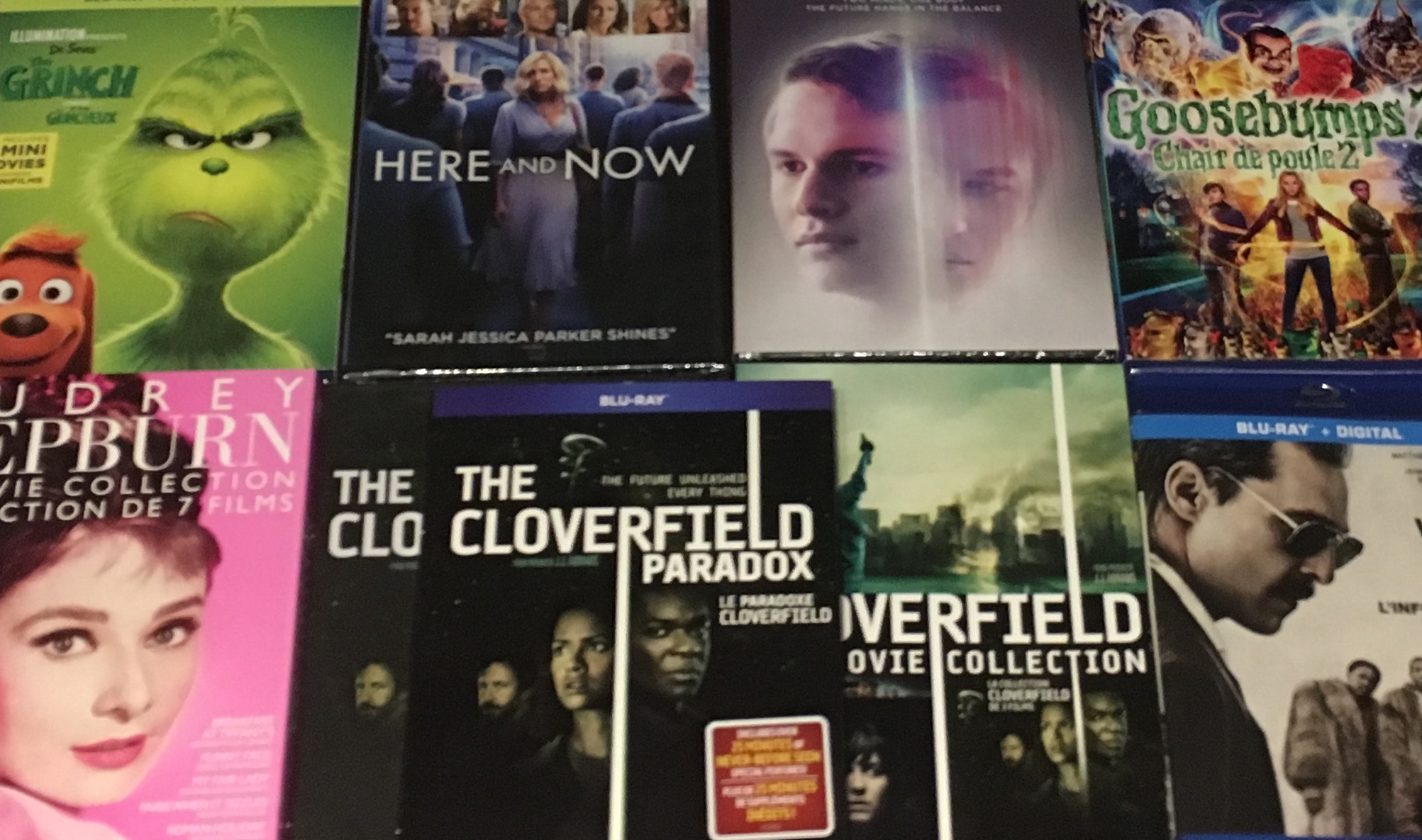 Audrey Hepburn 7-Movie Collection
This, on the other hand, is a non-negotiable must-have box set. Not too flashily packaged or packed with bonuses, this bang-for-your-buck set is an affordable way to beef up your movie collection with some of the most important titles of the 20th century: Breakfast at Tiffany’s, Funny Face, My Fair Lady, Paris When It Sizzles, Roman Holiday, Sabrina, War and Peace. I would have appreciated a few more special features but there are lots of retrospective collections that go so over the top with extras that they’re no longer affordable (or storeable!) so I like that this set keeps it simple with a focus on getting the actual films into your collection. Buy this.

Paul Newman 6-Movie Collection
Everything I just said about Audrey Hepburn but with A New Kind of Love, Fat Man and Little Boy, Hud, Nobody’s Fool, Road to Perdition, and Twilight (not that Twilight). Buy it. Buy it now.

Star Trek: Stardate Collection
Also on the “must-buy” list is this epic 10-movie Star Trek set featuring the original pre-Pine films. Titles like The Wrath of Khan and The Voyage Home are the anchors that unite the vast Trek fandom and, though Trek is a property where you really do want all the special features you can get and this release offers none, you have to own these movies and it’s great to have them all available here in one sleek, not-too-bulky, not-too-expensive set.

Goosebumps 2
The original Goosebumps series lives very close to the heart of Canadians of my generation so we’re understandably a little grumpy about these glossy Hollywood reboot/takeoffs/adaptations/whatever. The second one is even goofier than the first with giant demonic gummy bears as an actual thing that happens. But Sony sent out (normal) gummy bears with review copies of the Blu-ray + DVD + Digital release so it’s not all bad. There are a couple special features on the disc too but nothing nearly substantial enough to make this a set you need to own.

White Boy Rick
This gritty crime drama about the youngest ever FBI informant who was left out to dry by his handlers hit Blu-ray + Digital with some excellent special features and the news that the film’s real life inspiration is set to be released from prison early. Matthew McConaughey’s supporting role as the boy’s father is the over-advertised reason this tiny movie got noticed much at all but it’s still a little surprising to not see him in the Oscar race for this kind of all-in role.

Nobody’s Fool
This formulaic and silly comedy sports a great cast (Whoopi! Amber Riley!) and a nice, digestible tone. But it’s Tiffany Haddish’s world and you’re just living in it so, if she’s not your cup of tea, avoid at all costs. But for Haddish fans, this movie is a must-have, especially because the Blu-ray+DVD+Digital set comes with a host of Haddish-intensive special features, including a gag reel which is always where that girl shines brightest. The lack of an audio commentary track is a massive missed opportunity.

Dr. Seuss’ The Grinch
I’m torn about this movie. The Blu-ray + DVD + Digital release is a great one with tons of great extras (including three mini movies with crossover Illumination characters) but the actual movie itself is a mixed bag. It’s got a great cast (Lansbury as the Mayor!) and I think The Grinch is the sort of story that it’s really important to expose kids to, and sometimes that’s hard to do without making a brand new movie that they can see in theatres and buy the tie-in merch as if it isn’t a decades-old property. But there already exists a perfect Grinch. The animated original is unbeatable and hasn’t aged a day so do we really need this? MAKE NEW THINGS! Every great story hasn’t been told yet. Let’s encourage the next Dr. Seuss to tell us something as new as he did.

Jonathan
This sci-fi indie gets a little lost in its muddled mythology right at the end but is otherwise a tense and involving drama that uses its high concept to tell a grounded emotional story. The reason the mythology is difficult to parse in the end is that the filmmakers smartly chose to yada yada it throughout the rest of the film, focusing instead of their characters’ journeys. I’m not a plot person, so I liked the simplicity of what I’ve come to call the Looper approach to sci-fi. I’m far more interested in the effect the craziness has on people than discovering what made the craziness happen. In this case, screenwriters Gregory Davis, Peter Nickowitz and Bill Oliver extrapolate the broad concept of dissociative personality disorder and consider the idea that two completely different human beings, brothers, could share a body- Jonathan is awake 7am to 7pm and John from 7pm to 7am, both played by the excellent Ansel Elgort with careful subtlety. It’s a messy concept, which is why it doesn’t untangle easily, but it’s fertile storytelling ground for an examination of a dozen different things from jealousy to sexuality to mental illness to codependency to the struggle to find meaning and live a full life. Matt Bomer makes a memorable single-scene appearance but the rest of the supporting cast is really defined by two women- one an ill-defined love interest played by Suki Waterhouse in this Bechdel test failure of a small-cast film, the other a far more interesting Patricia Clarkson as the scientist/pseudo mother figure whose intentions you spend the whole movie trying to suss out. It’s a good movie and you definitely didn’t see it in theatres so, even though there are no special features on the DVD, you should buy it.

Here and Now
This movie is incredibly irritating. It’s schmaltzy and faux-artistic, self-indulgent and entitled yet totally commonplace. It is just like its main character, a singer celebrating 25 years in the industry on the day she’s diagnosed with terminal cancer. She then proceeds to wander around New York (the city is like a character in the film! Please, we’ve seen Sarah Jessica Parker wander around New York before), run into some people she used to know, and totally neglect the people who have her back (mostly Common who should put up with less of her shit as her steadfast manager/friend but also her not-that-terrible mom and her incredibly patient ex and the drummer she’s sleeping with who seems cool too). It’s maybe the worst movie I saw this year. You should never watch it let alone buy it on DVD.