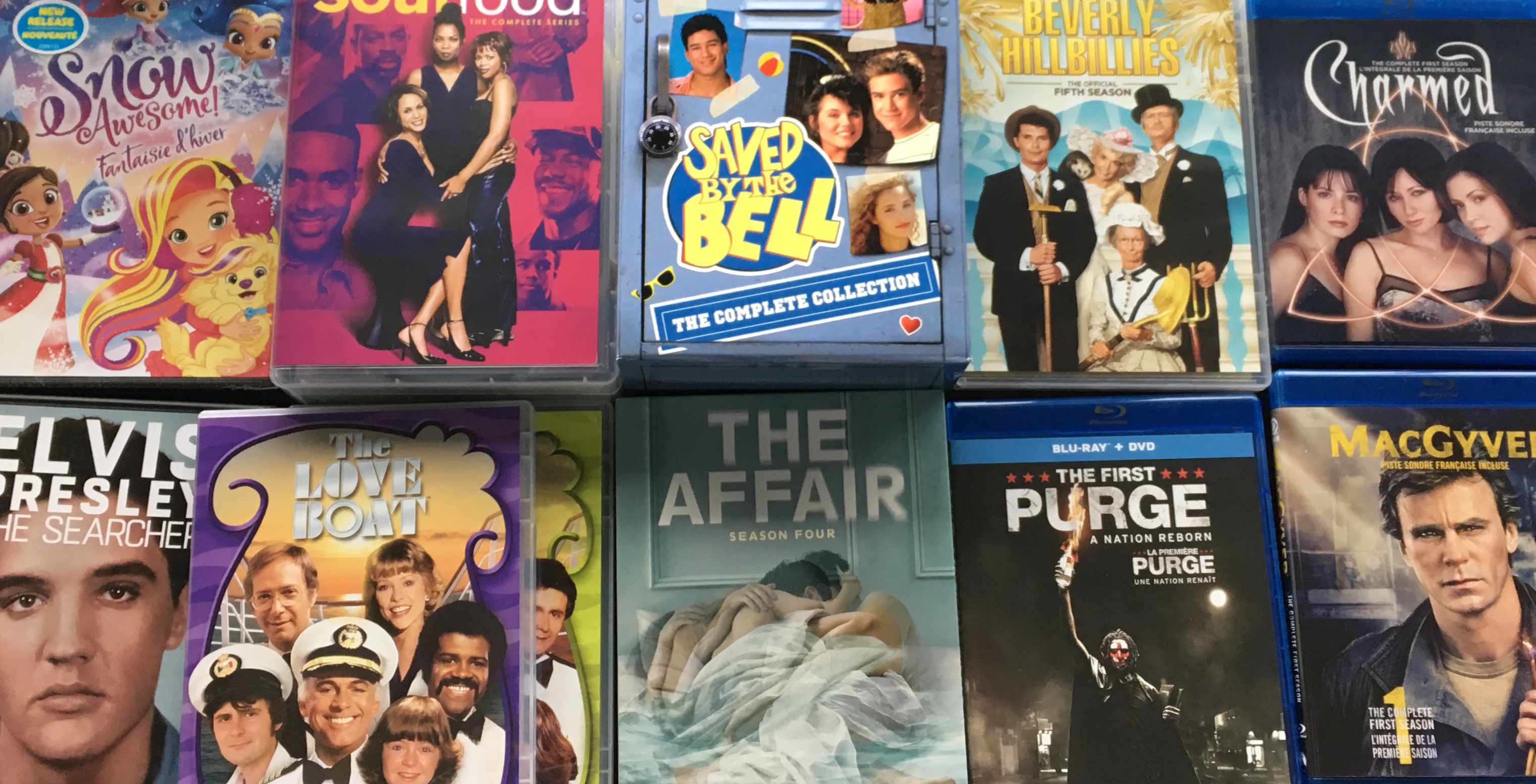 The 60s
For the music historians among you, HBO’s documentary Elvis Presley: The Searcher is the perfect collectible DVD. It spans the legend’s whole career, one of the craziest character arcs HBO’s ever seen (which is, um, saying something). For the more comedy-minded classics lover, Paramount’s released the complete fifth season of landmark sitcom The Beverly Hillbillies. The show can be repetitive so it’s not totally necessary to have the complete set but any random standalone episode is good for some great throwback laughs and skewering of the excesses of the 1%. But what is a great collector’s item is Ernie Kovacs: The Centennial Edition, an epic-but-manageable new release from Shout! Factory that tours you through the work of early TV comedy pioneer Ernie Kovacs with over 22 hours of content.

The 80s
For the lovers: The Love Boat (The Fourth Season). The 27 episodes that made up this seminal show’s 1980/81 season are divided into two volumes for DVD release, adding unnecessary expense for a collector, especially considering the only special feature on offer is old promos, but The Love Boat is a classic, it’s a must-have for anyone who wants to claim they have a legit TV collection.

For the macho nonsense people: MacGyver (The First Season). This blu-ray set is perfect for the insecure man in your life who feels the need to revisit the olden days.

For everyone: I have four words for you- Spike Lee Musical Comedy. His college classic School Daze is getting a brilliant new Blu-ray release for its 30th birthday complete with an ideal set of special features including multiple commentaries, featurettes, a retrospective and a music video. A must-have disc.

The 90s
My childhood is alive again with three very different releases this season that cover the bases of 90s entertainment. First there’s the Saved by the Bell Complete Collection which is an absolute must-have for any TV collector. It’s got the whole shooting match (which is tricky for a series that was actually three different series) plus tons of great special features with the iconic cast.

For the slightly younger crowd who were more into the animated side of things back in the 90s (I’ll admit to mostly catching Saved by the Bell in reruns) The Complete Series of Rocko’s Modern Life is just out from Nickelodeon. A great nostalgia pick, I’m not sure anyone needs to own every episode of this show but I’m so psyched to see Paramount pulling out these old classics instead of just more Sizzle & Spin every month.

And finally, because we all thought we were so very grown up, sexy witch classic Charmed is finally hitting the shelves with its first season available on Blu-ray, just in time to catch up as the reboot gets going. I was obsessed with this show. I’m going to watch every single minute of this release. I’m so excited and definitely am planning to pick up the whole series as it comes out.

Air Force Once is also getting a pretty new 4K Ultra HD & Blu-ray release, which is cool because it’s a solid movie that deserves a rewatch but it wasn’t a big movie for me growing up so it doesn’t quite fit the theme here.

The 2000s
The oughts aren’t getting much love this season with their only release being the complete series of Soul Food, a self-serious Showtime drama that has enough historical value to warrant a place on any collector’s DVD shelf but doesn’t stand up to multiple viewings or retrospect story scrutiny.

And now, to modern day:

The Good Fight (The Second Season)
Canada was late to get CBS All Access so I’ll admit to being behind on jumping on this particular bandwagon but this online-only Good Wife follow-up is an earnest favourite of the only entertainment critic I care about (EW’s Darren Franich) so it’s at the very top of my to-watch list and should probably be on yours as well.

The First Purge *Blu-ray
Nope. This franchise is stupid and the simplistic prequel is too. Y’Ian Noel is a star, though; keep your eye on him.

Star Trek: Discovery (Season One)
Hoo boy this was a tumultuous first season but Trek is dense, you need to rewatch it if you’re ever going to really get everything out of it. When the series is over, this will be a must-have set.

The Crown (The Second Season)
The final season starring Perfect Goddess World’s Greatest Star Claire Foy, this Blu-ray release is a must-have for the show itself, not to mention the quirky special features (etiquette lessons and a feature on royal pets!). I adore the fact that at least some of Netflix’s many many series actually make it to DVD. It makes them tangible in a way they otherwise aren’t and it’s a shame to see so much brilliant material left out of libraries simply because it’s online content. Give me Atypical and American Vandal and Bojack and Grace & Frankie  and GLOW now please!

Elementary (The Sixth Season)
Look, you either like Elementary or you don’t. Personally, I think there are at least 4 better Holmes adaptations out there but I’m pleased that this one survives if only because CBS procedurals are so incredibly procedural and this one at least has some personality.

Snow Awesome! & Blaze Saves Christmas
Nella the Princess Knight, Sunny Day and Shimmer & Shine combine forces on the girl-targeted side of these kid releases while Blaze does it all himself. So, regardless of your kid’s gender, get them the pink one because it’s both the better deal (double the episodes) and the better content (an all-star lineup) and boys need to learn to enjoy stories about girls.