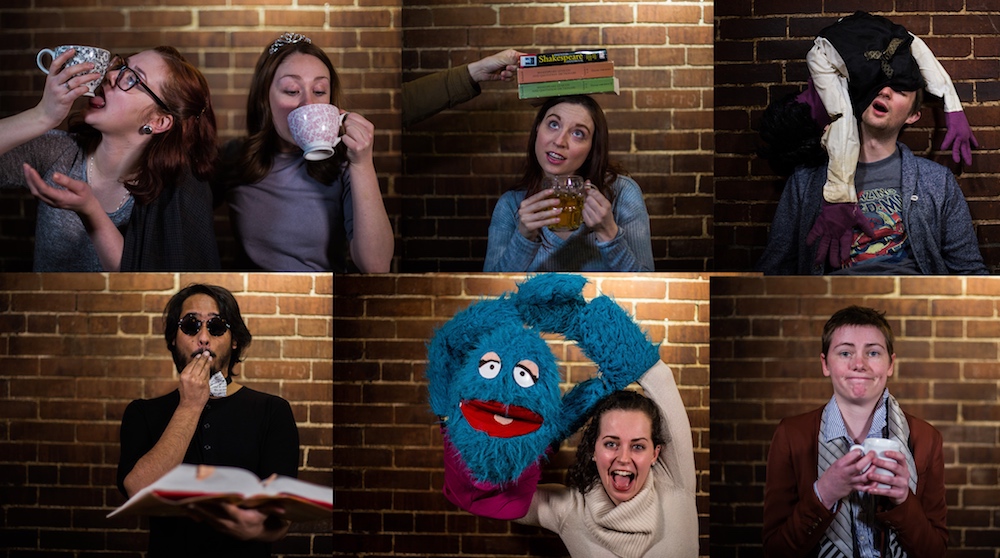 Spur-of-the-Moment Shakespeare Collective’s annual Shakesbeers Showdown is just around the corner, raising money for the 2018 Shakespeare-In-Hospitals Program. The competition this year was thrown wide open, welcoming new teams (Stratford’s in this year), non-Shakespeare companies, individual participants competing for “The People”, and (most horrifically) a team of Theatre Critics.

But that doesn’t mean they’re letting just anybody take a shot at the title of Shakesbeers Showdown Heavyweight Champion. The company has an awesome new policy meant to elevate marginalized voices: “In the interest of our commitment to gender diversity, 50% of teams must be women, trans, intersex, 2 spirit, nonbinary, agender or gender variant. The text may have been written by one (or a collection of predominantly) old white dude(s), but it doesn’t always have to be performed by them”.

We caught up with some of the competitors to get the scoop on their strategies and maybe get the sparks going on the traditional pre-competition smack talk.

Who do you bite your thumb at and why?
Shakespeare in the Ruff: People who litter!

Donna (the Shakey-Shake Puppet): I bite my thumb at Doug Ford, because he’s a bad man.

What is your secret weapon going into the showdown?
Shakespeare in the Ruff: Iambic pentathalons.

Skipping Stones Theatre: The canny wit of Breanna Maloney and the jovial charm of Tristan Claxton.

Theatre by Committee: Our ability to consume a lot of alcohol and still stand, we will see about the speaking.

Donna (the Shakey-Shake Puppet): My amazing skills at reading! I am a librarian from Monstertown, you know!

Who do you think will go down in the first round and why?
Shakespeare in the Ruff: Likely…me. I don’t have a great track record.

Skipping Stones Theatre: I honestly have no idea…whoever’s most deserving.

Theatre by Committee: Depends on how much gin is consumed…

Who do you think you will see in the final round and why?
Shakespeare in the Ruff: My partner, Chan. He’s brilliant with text and has a fighting spirit.

Theatre by Committee: Any of the companies that actually have Shakespeare in their name, because that is what they do!

Donna (the Shakey-Shake Puppet): Probably Marlowe – he’s crafty like that.

What is your showdown drink of choice?
Shakespeare in the Ruff: H2O until I’m eliminated. Then it’s Caesars! [Note From the Organizers: “For every sip of water that she drinks, her partner has to drink 3. Official Shakesbeers Rule”]

Skipping Stones Theatre: Something smooth and on the ROCKS.

Theatre by Committee: Gin. All the gin.