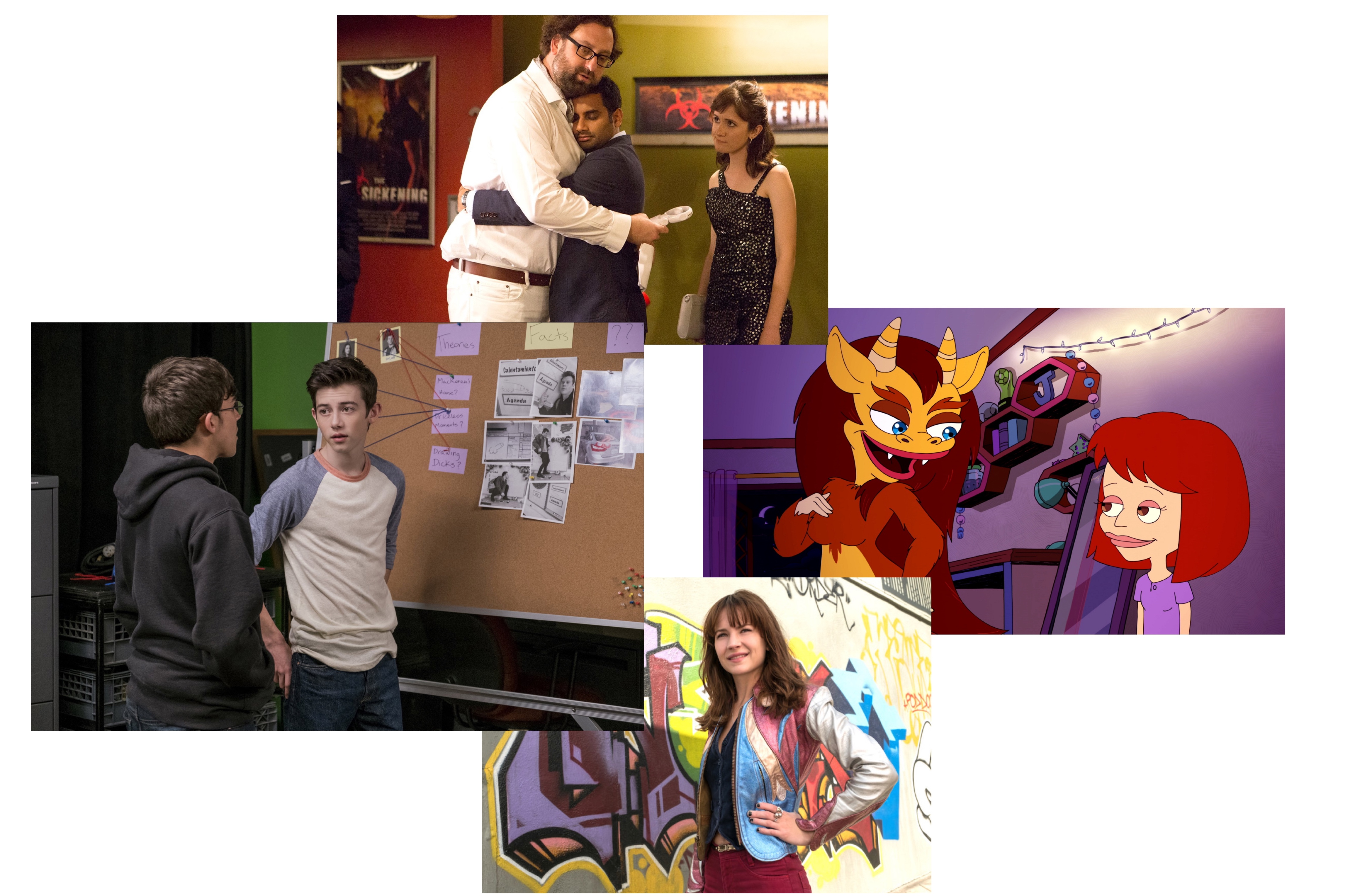 I love half hour television. Most of my favourite shows are half hours- not necessarily comedies, but half hours. Peak TV has led to a boom in genre rebellion, shows that live in the unclassifiable grey and understand that “digestible” and “simple” are not synonyms. Because they are a half hour, I actually watched all of the Netflix shows on this list. I watched every minute and none of it felt like a chore. I didn’t have to put the show on in the background while I brushed my teeth or peeled potatoes to get through a season, I just watched them, it took a couple hours, and now they’re over and I get to miss them. They were wonderful, even the ones I didn’t love, because watching a half hour of television on Netflix is a treat (unlike, say, watching an hour and six minute episode of Daredevil, which is torture). I decided I wanted to write about all the original half hour scripted shows available on Netflix. I obviously couldn’t do that, because Netflix has more titles than any one human could watch in a lifetime, but I gave it a hearty effort. The following are my second tier favourites (not Bojack-level wonderful, but still pretty damn good). If you haven’t watched them, you should, and here’s the awesome part: it won’t take you long at all.

This pitch-perfect satire beautifully mocks the obsessive true crime fad while also delivering its own serialized mystery as compelling and addictive as the real thing. Intricately constructed and resting on a provocative foundation of smartly observed social commentary, this show isn’t my usual thing but it’s got me totally wrapped up.

YES. This deft, forward-thinking, inclusive and just plain really really funny new animated show starring Nick Kroll and John Mulaney perfectly fills an animation gap I didn’t realize needed filling but now can’t believe I overlooked (somewhere between the good-natured charm of Bob’s Burgers and the unflinchingly complicated humanity of Bojack. It should be mandatory viewing, they should show it in health class.

The lead character of this “real loose” true story is a little infuriating but she’s infuriating in a good way, I think. She’s infuriating in that way that female characters don’t usually get to be and it’s refreshing, especially because the writers clearly understand her terribleness- it’s not glorified or excused, it’s just there. The dialogue is a hoot, the supporting casting is Perfect and the fourth episode is one of the most low-key satisfying half hours streaming this year. Episode 9 reeks of self-satisfaction and the marketing department apparently only saw episode 9 but you should give it a shot anyway.

Look, I know this show is great, the reason it’s so far down this list is just that it’s a little overrated. It lacks subtlety in a way that really grates on me and, compelling performer though he is, I think we can all agree that Aziz Ansari isn’t really an actor in the sense of, like, acting. But it’s creative and clear-eyed and often just so right about things that you can’t help but fall for it. Extra points for Arnold; I love me some Arnold.