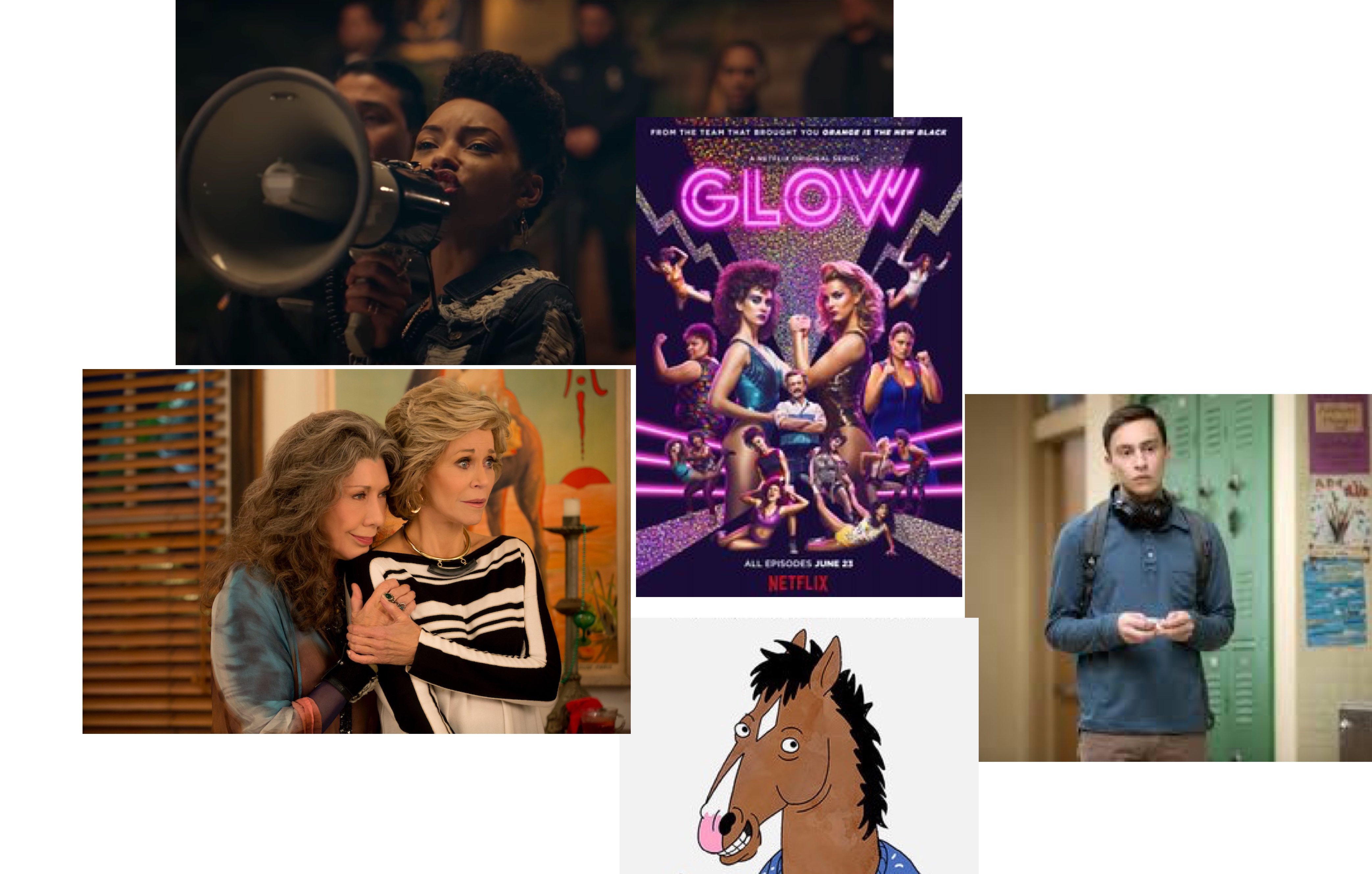 Netflix, 30 Minutes at a Time: Part I

I love half hour television. Most of my favourite shows are half hours- not necessarily comedies, but half hours. Peak TV has led to a boom in genre rebellion, shows that live in the unclassifiable grey and understand that “digestible” and “simple” are not synonyms. Because they are a half hour, I actually watched all of the Netflix shows on this list. I watched every minute and none of it felt like a chore. I didn’t have to put the show on in the background while I brushed my teeth or peeled potatoes to get through a season, I just watched them, it took a couple hours, and now they’re over and I get to miss them. They were wonderful, even the ones I didn’t love, because watching a half hour of television on Netflix is a treat (unlike, say, watching an hour and six minute episode of Daredevil, which is torture). I decided I wanted to write about all the original half hour scripted shows available on Netflix. I obviously couldn’t do that, because Netflix has more titles than any one human could watch in a lifetime, but I gave it a hearty effort. The following are my favourites. If you haven’t watched them, you should, and here’s the awesome part: it won’t take you long at all.

When Brie Larson got super famous all of a sudden, the voice in the back of my brain that periodically reminds me of things I loved in 2009 spoke up: “what ever happened to the other kid from United States of Tara?”. Atypical is what happened to him. Keir Gilchrist, who played gay teenager Marshall on the Showtime mental health dramedy with the most perfect cast in history, is back in the teenage game but this time he’s leading the show (brilliantly) as Sam Gardner, an autistic 18-year-old entering the dating world. His mom is Jennifer Jason Leigh (fierce but flawed, only slightly annoying), his dad is Michael Rapaport (in his most beautifully vulnerable and conflicted performance possibly ever), and his sister is Brigette Luny-Paine in a subtle and memorable performance that more people need to see immediately. Atypical is funny and touching and complex and frustrating and uplifting and sad and all those hard, wonderful things that life actually is.

This show is heartfelt and hilarious, first and foremost. It’s also a must-watch for white folks, especially those who think they have nothing left to learn. But mostly it’s hilarious and human and heartbreaking. Brilliantly structured to examine the perspective of a different black student on a fictional Ivy League campus every episode, the show is an insightful challenge to our empathy- introducing antagonists only to show the world from their perspective a mere 30 minutes later. Our hero Sam (Logan Browning, one of the great new sparkly stars of the year) is an imperfect wonderful mess of a do-gooder and easily one of the most compelling and complicated female heroes ever on television (she’s so much more than a “strong female character”, she’s a fucking whole human and I love her). White people can sometimes be intimidated by art that seems like it’s intended to teach us a lesson. Don’t be. Dear White People is important and eye-opening, yes, but it’s also just damn good TV- fantastically written, excellently acted, with relatable characters and engaging plots- it’s not going to preach at you. It might set you straight a little, but it’ll do it by sucking you in and hitting you in the heart, not over the head.

The Gorgeous Ladies of Wrestling were the breakout Netflix stars of the year, and for excellent reason. A well-developed ensemble of eccentric supporting characters, a perfect deployment of Marc Maron, and Alison Brie further cementing her title as the television MVP of her generation. She already had Community, Bojack and Mad Men on the books but with her captivating and complex leading turn in GLOW she showed range she’d only just hinted at before.

I. Love. Grace. &. Frankie. I just love it, I’m not sure why. Maybe it’s the beautiful ballsiness of the sexualized seniors at its heart (Jane Fonda hitting on Peter Gallagher made me bizarrely happy), maybe it’s simply the indefatigable charm of Lily Tomlin. Maybe it’s the pitch-perfect ensemble of Sorkin players and the unapologetically heartfelt Marta Kauffman-ness in the scripts. Who knows. It’s just a damn good time.

“Hello, I’m Harvey Fierstein, let’s put a baby in you” was my favourite line of dialogue on TV this year and it could only happen on a show as bizarre as Bojack. This wasn’t my favourite season (Bojack’s mother holds no fascination for me and this season was heavy on her backstory) but the show’s been on long enough now that the rich world building that’s been there from the start is really paying off with an incredibly deep bench of characters and layer upon layer of joke levels and internal references. The voice acting remains unparalleled and the show’s determined intensity plays off its unabashed strangeness wonderfully. What other world would have Harvey Fierstein voice an ovulation tracker?