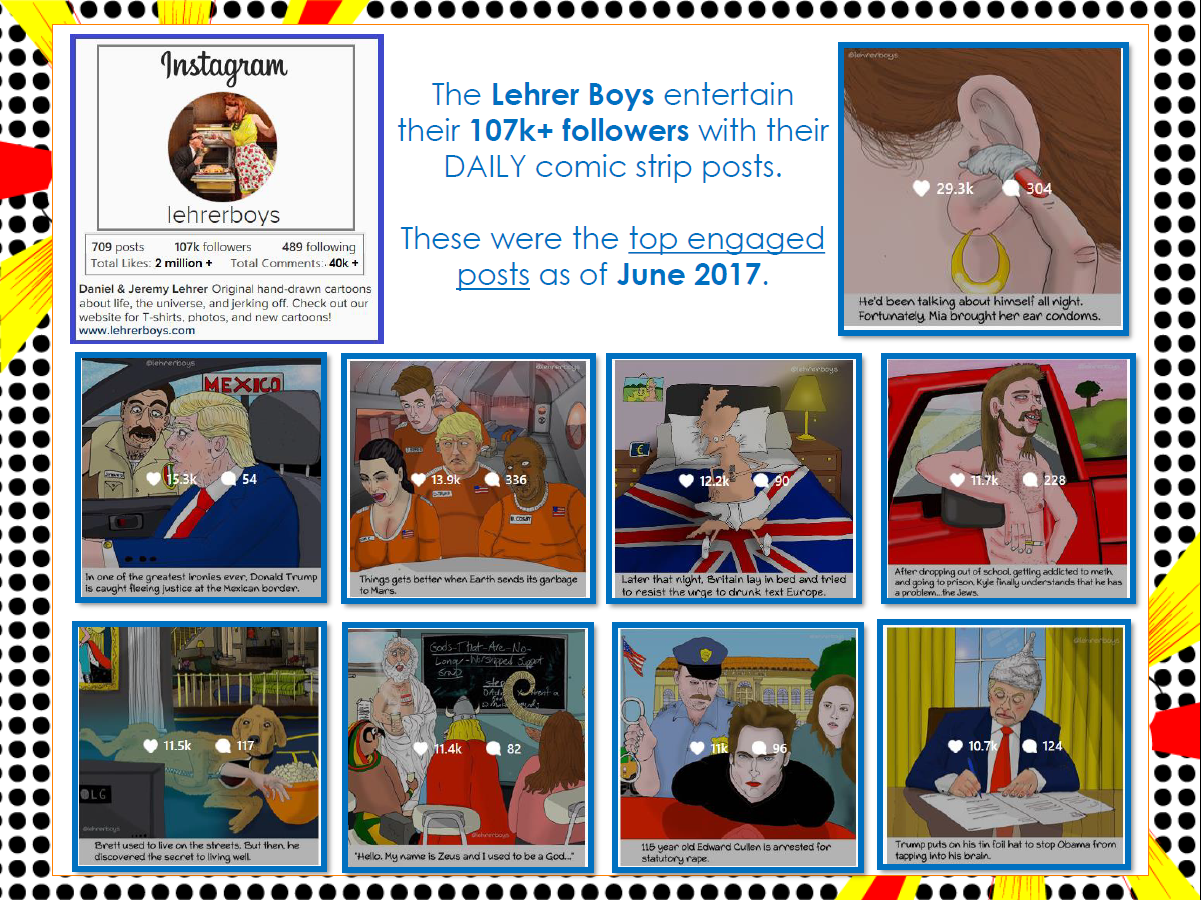 One of the most fun interviews I did at San Diego Comic-Con was my one-on-one (well, one-on-two, I guess) sit down with twin cartoonists Daniel & Jeremy Lehrer who were in town to promote their upcoming animated series Highly Gifted that will feature the voice talents of Nat Faxon, Ron Funches, Josh Brener and Kesha among others.

With only a few lapses into synchronized twinspeak, The Lehrer Boys walked me through their creative process, what differentiates their work, the best of their viral Instagram single panels, and what to expect from Highly Gifted.