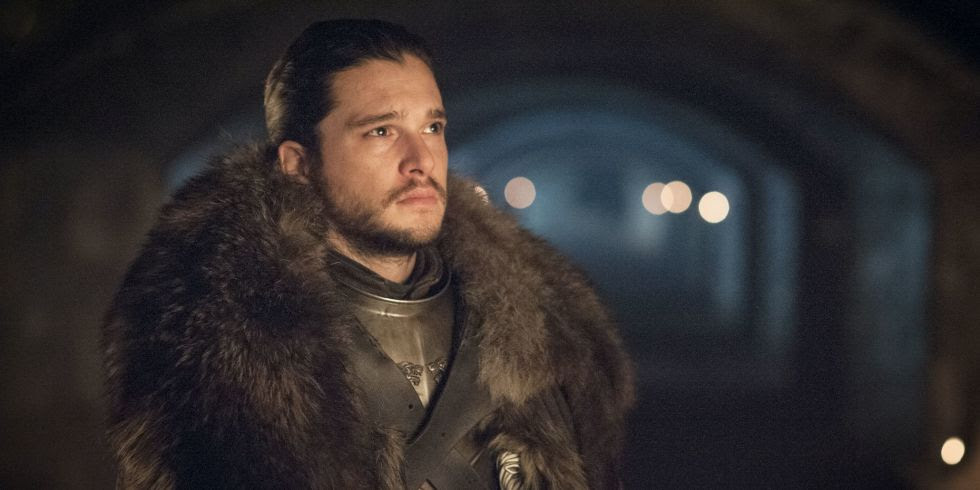 Game of Thrones: “Stormborn” and Restless

When it comes to second episodes of a new season of Game of Thrones, you don’t expect them to be over an hour in length. Of course, it needs to be close to an hour to accommodate the wealth of characters, the vistas, the exposition, but putting it over an hour is like dangling a carrot over the audience’s head, whispering, “Wouldn’t it be great if every episode was like this?”

Truthfully, no, it wouldn’t, because sometimes you just have a lot of filler and repetitive scenes in an episode that don’t really lead anywhere or do anything for the show. Cue this week’s mindless Jon Snow parade in “Stormborn,” where he’s invited to Dragonstone and has to defend himself before the Northern lords. About 4 minutes of this scene was stuff we’ve seen before, either at the end of the last season or in last week’s episode. These scenes are pretty easily boiled down to a formula: Jon Snow has an idea. Stuffy people disagree with him. The guy from the Vale disagrees with him and is vocal about it. Jon Snow makes an impassioned remark that causes other lords to stir. Sansa then jumps in to say her piece. Jon responds calmly to her because she’s his sister. The little lady of Bear Island has a moment that doesn’t really mean anything but is pithy because HBO knows how to pander to its fanbase. Jon Snow has a meaningful moment with his people and we all have a tear about how delicate these Northerners are before the show can continue.

It happened in episode one. It happened in episode two. I’m more than a little relieved it appears not to have a chance of happening in episode three, since Jon won’t be in Winterfell, because it’s just so boring. These little disputes don’t really add anything. We’ve already seen Jon display his leadership with the Night’s Watch. He has been measured, and yet just because Petyr Baelish is there, just because the imminent Sansa-coup is on the horizon, just so we can give a Stark-heavy fanboy their jollies, we have to spend time bellyaching over how hard it is to rule the North and seeing how good Snow’s ideas are and how dumb everyone is for putting political motivations over his pure, faultless ideals.

This is the problem when you accelerate and merge storylines – it breeds carelessness, a recklessness for detail. Baelish, Sansa, Snow, Davos, the Northern houses, all of them are now one big mess that Jon has been lashed to and made into a beast of burden to carry all the way to Dragonstone. I shouldn’t complain – consistently, one of the things I’ve been most excited about for this season is little Sansa stretching her wings, getting to test her influence and her abilities. Putting her in charge of Winterfell will do that, it will get her into situations and Baelish will be there to creep on her. But I’m damned upset about the pussyfooting around before we actually get there.

I actually enjoyed the rest of “Stormborn” quite a bit. Arya’s wolfish homecoming was a good way of reminding us how long it’s been since she’s been home. Sam got to de-nipple Ser Jorah, and that segued into a lovely cracking hot pie, a rather unexpected and super gross film transition that I can only imagine must have been great fun to make. Tyrion laid out a fairly good plan to attack Westeros, and there’s a good, salty sting in sending the Unsullied, who are eunuchs, to attack Casterly Rock, birthplace of the surviving Lannisters, most of whom have rather libidinous reputations. We were treated to a Grey Worm/Missandei sex scene that was nearly two seasons in the making, and almost got a lesbian sex scene before Euron crashed the boat party toward the end of the hour. All in all, we got to see some of what makes Game of Thrones such a great show – big battle sequences that are not the BIG battles themselves, fun wordplay and cinematography, slow and graphic sex scenes, and Daenerys interacting with a broad, broad span of characters.

That last part might have been the best bit of the episode for me. Particularly when Olenna Tyrell, more than ready for her revenge, asks her to “be a dragon.” We all remember the Mother of Dragons’ promise to “break the wheel” that oppresses the people. This moment, and Varys’ moment as a spy of the people, for the people, reminds us that Daenerys isn’t coming to rule like any of the other lords and ladies of Westeros, that she brings something very different to this country, and it’s not just a Dothraki horde. Perhaps we’ll see more of that when she meets her nephew next week (her nephew is Jon Snow, because he was her brother Rhaegar’s son with Lyanna Stark, in case you didn’t get that). But I’ll say this: it gets harder and harder to watch Game of Thrones when the producers get so restless they forget that what fans want more than lip service or pithy commentary is good storytelling, especially good visual storytelling that only long-form television can deliver. And they had better deliver next week.