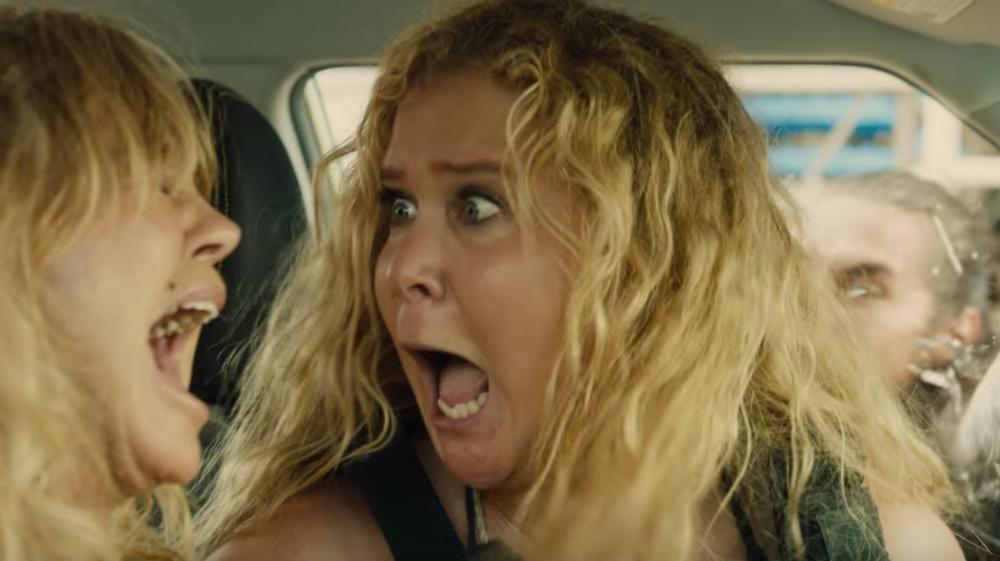 Comedy feels like it’s in a transition zone – from the emotions + improv vibes of mid-aughts Judd Apatow to more traditional, high concept comedies like Amy Schumer’s latest, Snatched. For that reason, Snatched ends up being a movie that, more than anything, . It hits its comedic beats well, and also fails to register as anything particularly amazing.

The basic plot of Snatched is this: Amy Schumer plays Emily, a woman-child of the highest order, who in her early thirties finds herself dumped, broke, and job less with two tickets to Ecuador and no friends willing to go with her. Goldie Hawn plays her mom, Linda, a hyper-cautious divorcee who reluctantly agrees to accompany her wayward daughter on this journey. They’re joined along the way by Ike Barinholtz as Emily’s agoraphobic brother and Wanda Sykes and Joan Cusack as two very capable middle age tourists.

The trip goes awry from the beginning, with Emily meeting a too-handsome tourist with a sexy accent. He encourages her to break out of her tourist mold in the most annoying, social media-friendly way possible (seriously if his pretentious rants on “experiencing the local culture” don’t remind you of that one friend on instagram, then you have a much better cultivated friends list than I) . Emily and Linda end up kidnapped by a Columbian drug lord, and spend the rest of the movie on the run and in an increasingly violent series of hijinks.

Schumer and Hawn are very funny. Wanda Sykes and Joan Cusack are even funnier. The jokes mostly work, the movie stays mostly on the side of “not racist,” and the plot mostly hangs together. But one gets the feeling that a lot of the heart of the movie got left on the cutting room floor. At a brisk 90 minutes, the movie jolts along from set piece to set piece, and some of the emotional beats feel missing.

Compare this with a movie like Pineapple Express, which, though similarly high concept, almost invested too much in its central platonic couple’s relationship. Despite the fact that the plot of Snatched dictates that the mother/daughter reunion is the most important part of its story, the actual movie barely makes time for them to bond. And its there that the changing comedy sands of the Post-Apatow era are most obvious.

All of which is not to say that Snatched would have been better if it was a two hour, indulgent, improv fest. In fact, the decision to keep the comedy tightly wound around a concrete plot was probably a good one. Because the movie is only an hour and a half, you don’t really have time to get sick of Emily, who is truly insufferable, or to be bored by repetitive plot beats.

In all, what you are left with is a well-produced, well-acted action comedy starring one of the pioneers of the genre and the hottest female comic of today, with wacky supporting characters and some well shot physical comedy. Which isn’t so bad.