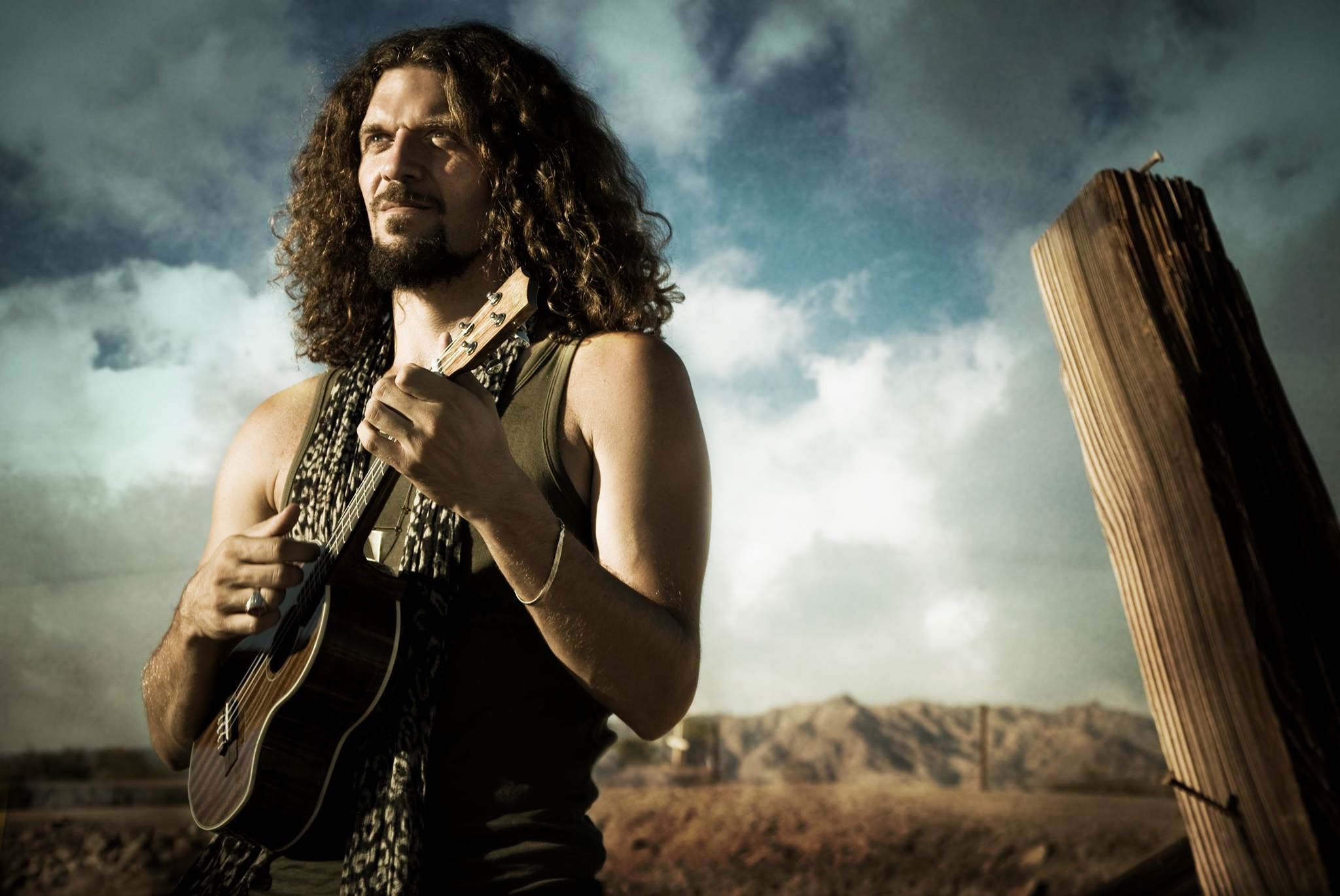 Bassett is a duo made up of multi-instrumentalist, singer and songwriter Josh Bassett, and bassist Tak Ozaki. Josh brings along a background in orchestral percussion and jazz guitar along with years spent as a session player in L.A. A native of Kobe, Japan, Tak spent some time in Ireland and toured Europe with another band before crossing paths with Josh in Los Angeles. The two connected and discovered their shared musical tastes playing in L.A.’s live music circuit. They’ve spent pretty much all of the last few years touring throughout the United States. Fun fact: They’ve always made a point of checking out local cuisine. Tak’s other job is a professional chef.

Ghost Hwy, released Nov 8, marks a departure from the classic heavy metal vibe of their 2013 debut release, Vanishing. The new EP was recorded in a storied East Hollywood studio with a history of hosting jams with the likes of Jimi Hendrix, Sly Stone, Jim Morrison, and Guns N’ Rose. It also has a reputation for a spooky atmosphere and strange events.

Stylistically, the release is eclectic, with a variety of musical influences on display. “Spirit Friend” has a distinctly Celtic flavour to the harmonies and melody, with the rhythm part played on a mandolin. Josh’s voice is distinctive and flexible enough to offer expression and melodic hooks along with a variety of moods. “Away” has an acoustic blues/roots feel to it, with an ethereal take on the vocal part. The song has a hypnotic quality, not unlike that of Saharan desert blues, with North African or Middle Eastern rhythms.

“Wingtouch” is a bit of a cross between Led Zeppelin and Alice in Chains vocally and melodically, with heavy guitar and vocals that have an urgent, anguished edge. “Ghost Hwy,” the title track, begins with pastoral sounds and a folky acoustic guitar, then ventures into a trippy vibe with some unusual harmonies and chord progressions. The lyrics on the album are mystical in tone and inspired by California’s Mojave Desert. From “Ghost Hwy.”

Trippin’ through the crowds, streets where no one knows my name
A sea of angels lost, trapped inside the city walls
Whispers from beyond, send the call to travel on
A voice I feel I’ve known, speaks of places my dreams have shown, dreams shown

Down, chase down dreams that fade
Roll down the Ghost Highway

That’s the album’s strength – its sense of invention and originality, with a modern sensibility that draws from many sources. It’s indie rock for the 21st century with a global flair and an inventive sense of melody and harmony that keeps it interesting.