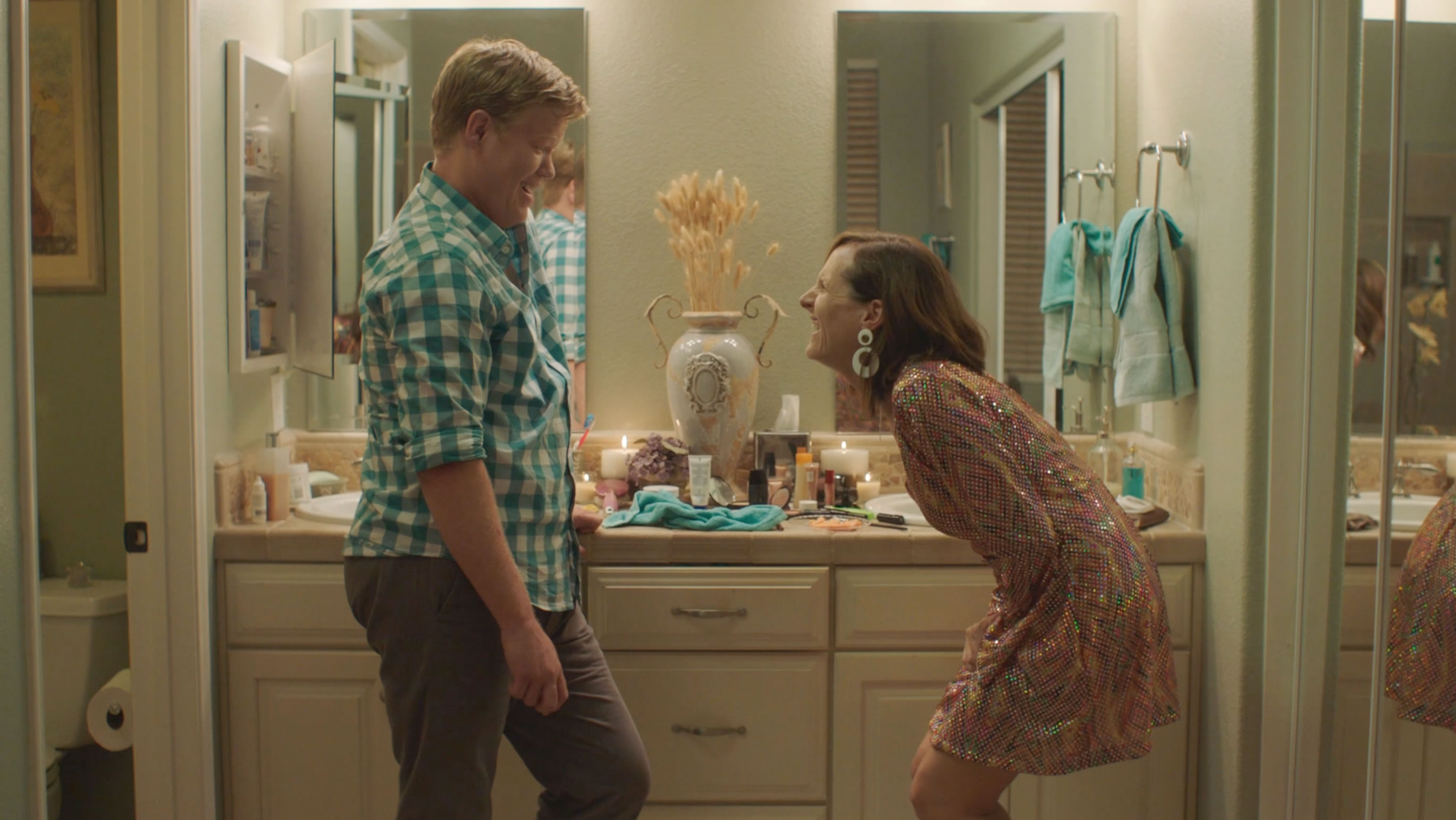 Must See: Other People

Written and directed by SNL‘s recently promoted co-head writer Chris Kelly, Other People follows misanthropic struggling writer David (Jesse Plemons) in the final year of his mother’s life. We first meet Joanne (Molly Shannon in the performance of her career) applying makeup for a New Years Eve party that’s raging downstairs without her. She has cancer, we know that, she knows that, David knows that, but we can’t see it yet. She’s happy, maybe a little forcibly so, and wearing her favourite 70s dress. She has a heart-to-heart with her son that skirts many issues but reveals a remarkable bond, telling him he doesn’t need to move home to Sacramento from New York; he does anyway.

The film skips forward in monthly increments, slowly marching towards the second appearance of a shot that frames the film of the family gathered on the bed around Joanne as her husband Norman (Bradley Whitford) tells us “she’s gone”. Kelly clings to repetition throughout the film as a beautiful symbol of monotony that highlights how things may stay the same but the way we feel about them changes- the repeated overhead shot of the mourning family, the reappearance of Joanne’s favourite dress, the way “Drops of Jupiter” plays every single time David is in the car only to become the soundtrack to the film’s quiet and breathtaking final scenes. The song is annoying, ironic, loathsome, a symbol of dated small town complacency, catchy, nonsensical and, ultimately, profound depending on how we (and David) hear it. Kelly’s script is balanced, detailed and as genuinely funny as it is devastating. Great payoffs come from careful observation and there isn’t a character in sight who is anything more or less than a real person. Kelly treats every character in his film with touching nuance and never lets his protagonist off the hook, allowing him both the moral high ground and a streak of judgemental selfishness that slowly eeks out the further we travel by his side.

Plemons and Shannon are both extraordinary, delivering bare, personal performances that surely deserve awards buzz, but it was the supporting cast that really slayed me. Bradley Whitford refuses to play the villain his son is sure he is, choosing instead to humanize Norman’s determination to show David as much love as he’s able. Madisen Beaty and an all-grown-up Maude Apatow have little to do but do a lot with it as David’s overlooked sisters. Paul Dooley and June Squibb steal all their scenes as the perfect chattering grandparents, spackling their pain with outlandish anecdotes. John Early is on hand as Gabe, David’s one friend in town, delivering much of the film’s highest humour and greatest profundity while his 10-year-old adopted brother Justin (played by the fabulous JJ Totah) perfectly shows the 29-year-olds who were closeted ’til college the incredibly joy of feeling safe enough to be yourself. Joanne’s teaching colleagues are a perfectly tip-toeing ensemble that includes Retta and Lennon Parham, her extended family includes Paula Pell and Matt Walsh. Unsurprisingly, my favourite was Zach Woods; unsurprising because Zach Woods is always my favourite. Quite surprisingly, however, here he abandons the awkward humour that makes him recognizable from role to role and delivers a sweet, smooth performance that totally expands his wheelhouse. Woods’ turn as David’s left-behind boyfriend Paul is limited to only one substantial scene but, in that one scene, he and Plemons perfectly encapsulate a 5-year love that feels lived-in and true. We learn more about David through the reflection in Paul’s perspective than in any other scene in the entire film.

Chris Kelly is a sketch writer, coming up through Upright Citizens Brigade (which gets some play in Other People) and finding success with Saturday Night Live. He’s a great sketch writer but he’s a better character writer (not to mention a promising director). The humans of Other People, from David and Joanne down to the smallest two-line role, are some of the most beautifully drawn onscreen creations of 2016. The film will break your heart but you’ll be worse off for missing it.