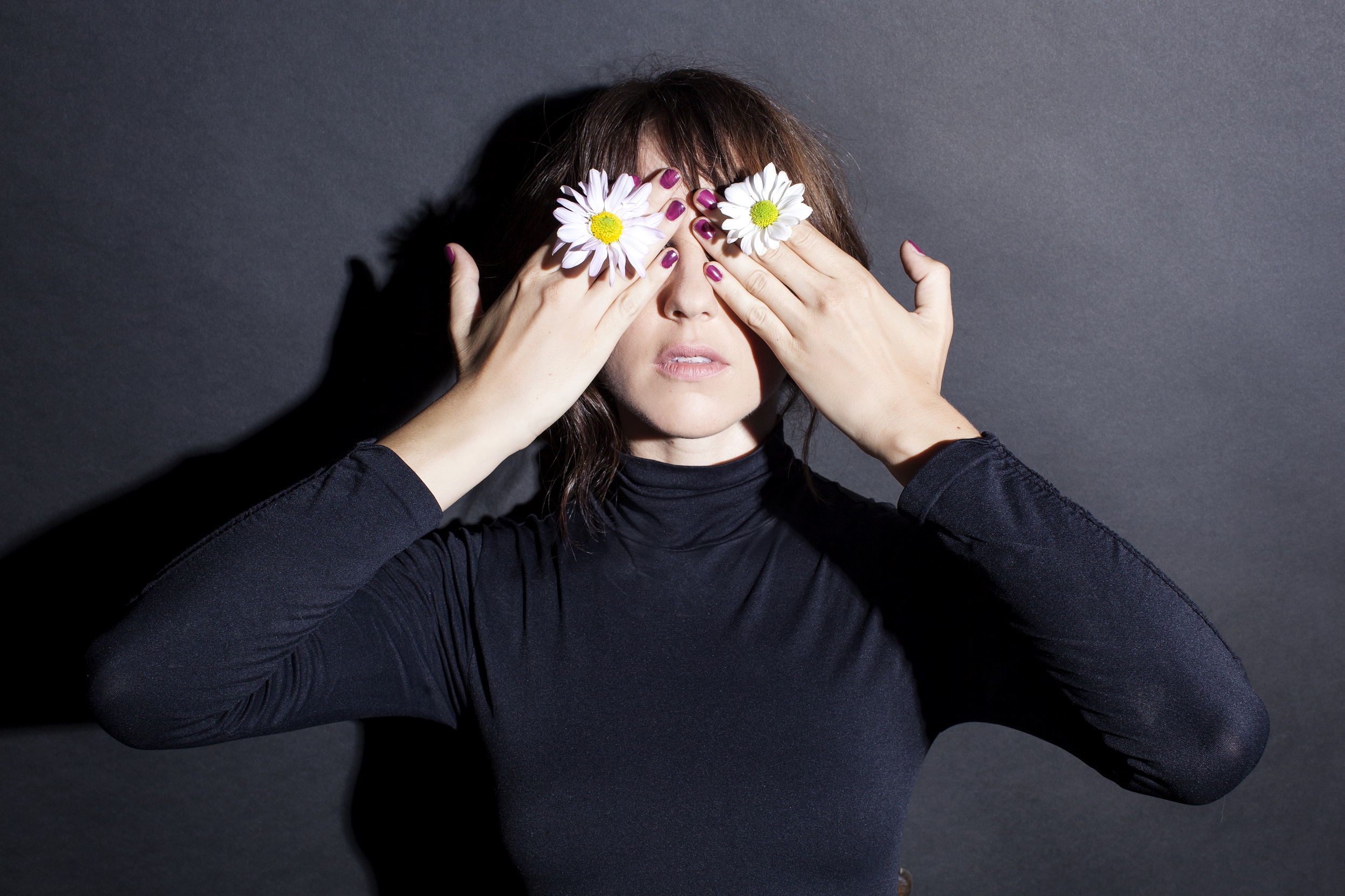 Strange Moon is the second CD for Los Angeles based indie artist Katie Burden and it’s been getting a fair amount of buzz since its release on September 15, and with good reason. Amid the plethora of indie releases out there, she generates a unique musical energy in the over crowded world of guitar driven rock that’s lit up by the liquid loveliness of her voice.

The songs feature a range of styles. There are shades of country/western/roots rock in “Don’t Ask”, while “I Can See It Clearly” has a gothy edge to it. “Run For Your Life” is an anthemic track, a highlight on the album with a driving rhythm that’s balanced by her sweet edged voice. She has a very fluid control of tone and intonation, with a kind of trembling, expressive mode. Her range and tone sound effortless.

The lyrics cover the romantic territory with what you might call an extreme edge that belies the honeyed tones of the vocals.

Raised in Colorado, NYC and San Fra, Katie moved to LA in 2012, and in true Left Coast fashion, met her back up band on a meditation retreat. They include drummer/producer Norm Block (Mark Lanagan, Sweethead and Jenny Lee of Warpaint) and guitarist Jen Turner of Here We Go Magic and Exclamation Pony. The result was her first EP, My Blind Eye. In this latest release, Katie wanted to delve deeper into emotional territory.

Katie’s voice works well in the minimalist arrangements of songs like “Cut The Wire” and “Hunter”. “Cut The Wire” slows the tempo to a snail’s pace in an acid folk mode with a gothy edge to it. It lets her voice take the centre stage, colouring each note. Each track brings a new premise to the table, some influenced by classic song forms like “My Kind”, the closest thing to a conventional pop song on the release, or the funky “Too Good For Love”. Others tracks are trippy and distinctive, like “Ears”. Even at slower tempos, the energy of the music is vibrant.

Strange Moon is dramatic, theatrical, often darkly intense. Quite worth the listen.