The Tragedy of Little Men 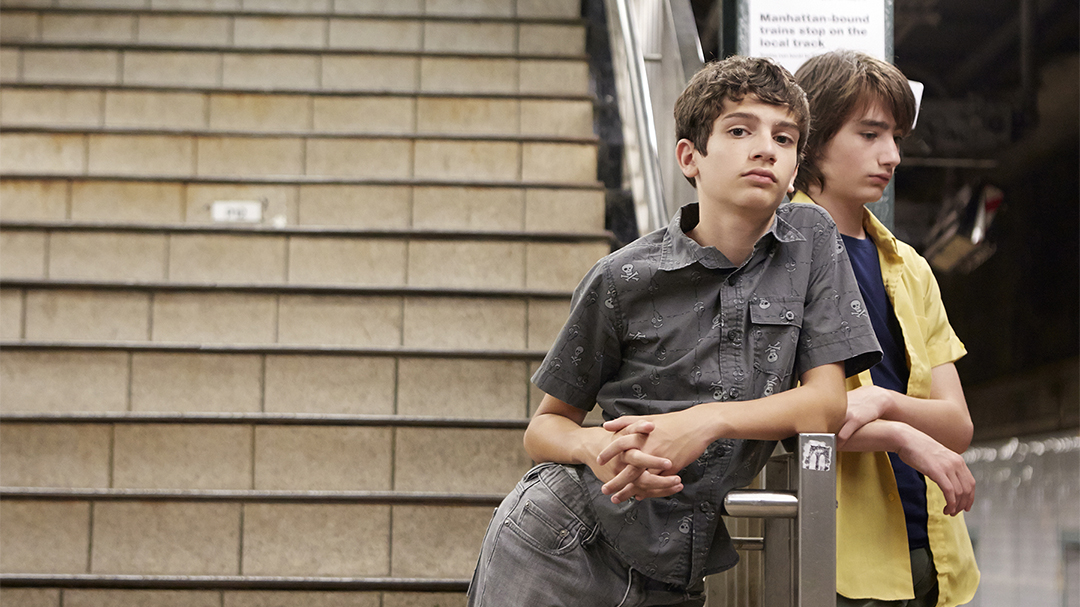 Ira Sachs’ new independent feature Little Men is a heartbreaking portrait of friendship and the impossibility of adulthood. Theo Taplitz and Michael Barbieri- the latter in one of the breakout performances of the year as brazen and self-possessed Brooklyn kid Tony- star as two young boys who are thrown together and become the best of best friends. Their parents (Greg Kinnear, Jennifer Ehle and Paulina García, all at the top of their subtle, emotional game), on the other hand, are locked in a financial stalemate when struggling actor Brian (Kinnear) inherits the retail space Leonor (Garcia) has rented from his father for years at a rate drastically below fair market value. As the adults fight the hopeless battle of good people with opposing interests, the kids pay the price in a platonic Romeo & Juliet with a feud everyone wants to pretend isn’t happening.

Small and personal, Little Men is a beautifully focused and remarkably intimate piece of filmmaking with strong atmosphere and the perfect melancholy tone. Composer Dickon Hinchliffe deploys a score motif excellently to mark the formation of Jake (Taplitz) and Tony (Barbieri)’s key memories of their time together and artistic dreams are used as a thoughtful connecting piece without dominating the story. Sachs & Mauricio Zacharias’ script and across-the-board strong performances make for some of the year’s most complex character storytelling in a can’t-miss indie far too many people will miss.