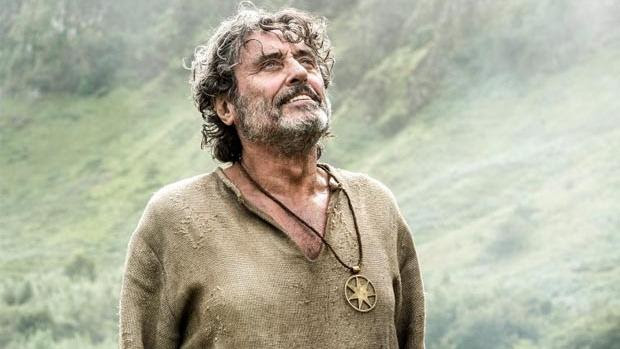 Game of Thrones: Something Wicked This Way Comes

It’s hard to develop a sense of foreboding in Game of Thrones. This series has been nothing but foreshadowing, ominous vibes, constant hints of death and threats and the overarching “winter is coming” proclamation. People are always swearing vengeance here, giving grand speeches there, rallying the countryside for an all-out assault that never quite takes off or leaves nothing in its path. There was an article recently expressly claiming that Daenerys gives too many speeches over the course of the series, that every time she rallies to masses, the audience groans a little. Not because it’s not dramatic or visually striking, but because we’ve heard it before, seen it before, or been so inundated with speeches by Robb Stark, Stannis Baratheon, Tyrion Lannister and the like (although the Imp’s battle speeches are fun) we’ve become a bit jaded. We all remember that first lump of terror and awe that rose in our throats the first time we saw Daenerys and her dragons, the little tingle on our arm hair when Robb Stark called the banners, the gales of laughter when Tyrion proclaimed, “Those are brave men knocking at our door. Let’s go kill them!” It’s getting harder and harder to think of moments like that in the later seasons, where we experience moments of unadulterated pleasure, true entertainment at the hands of the Home Box Office Network.

So when a good moment arrives, it bears paying attention to. “The Broken Man” started us off with a massive sense of foreboding (and I don’t just mean Ian McShane, who, despite being one of my top 10 actors, is never an omen of pleasantness). We’re used to the theme-song-and-animation-dance intro, to preview where we’ll be going and what we’ll be dealing with. Instead, we get bucolic countryside, a medieval peasant arts-and-crafts show, and the Hound, Sandor Clegane, hauling wood. Sure, McShane is bandying about, grinning and shouting like a great fool, but the few minutes of screentime that truly made me quaver were all sensory. The sheer greenness of the valley that they choose to build their village in, the clearness of the skies, the solid sounds of hammering nails, cutting lumber, the oily strokes of a tar brush on a post – those stuck to me. There’s no war camp here, no light music or wedding banquet. It’s a little village in the making, in world untouched by winter, grief or madness. It looks so peaceful, so simple and serene. Your heart almost gives out at the thought of what’s going to happen to it all (and when it DOES happen you just feel pissed).

A lot of things happened in “The Broken Man.” Sansa and Jon Snow take the Stark circus on a northern cross-country tour. Theon and Yara bond over sex (or lack thereof), and we see a little of the old Greyjoy spirit pop back in his eyes. Cersei and Lady Olenna have a grand bitch-off, resulting in the Queen of Thorns soundly trouncing the Queen Mother. But in terms of foreboding, in creating that oh-so-wondrous sense of dread, it didn’t get more hair-raising for me than Arya’s inadvertent adventure in bloodletting. Things start off innocently enough – a snarky girl, trying to book passage on a snarky Westerosi ship. A clever man would have drawn parallels to the Stark girl’s voyage to Braavos and her (attempted) voyage home. With the Braavosi, Arya was simple, plainspoken, and merely produced a coin to ensure her passage and her cabin. With the Westerosi, Arya has become a little more belligerent, throwing around money like a Lannister and smirking with supreme self-confidence. In any event, Arya heads to a little scenic bridge after booking passage, and what should happen but a little old lady poke her head around a corner. Now, the audience is no fool. The Faceless Men can look like anyone, at any time they choose. It makes defense against them impossible, a lesson which Arya learns in the form of several gut wounds. We knew it was going to happen: the last episode ended with the promise of revenge in the House of Black and White. But when it happens we don’t feel validated, we don’t feel a sense of I-told-you-so. We feel uncomfortable, watching the natural conclusion to the path Arya has put herself on, for the path of the killer ends always in being killed.

But that’s not the moment of sinister portent. Arya fights back against her assailant, and throws herself into the water. Defying death, defying strength, she swims out of range and stumbles into a market. Dripping blood, shivering from the pain and the chill of the water, she is passed by, another suffering orphan in a city founded by murderers. But then Arya starts to realize the true danger of the enemy she faces, as she looks into the eyes of the men and women around her. The soundscape changes, the frames pass slower, and everyone becomes suspicious, everyone becomes an assassin in the shadows. What’s a girl to do, alone, wounded and abandoned, far and away at the edge of the world with a killing cult at her heels.