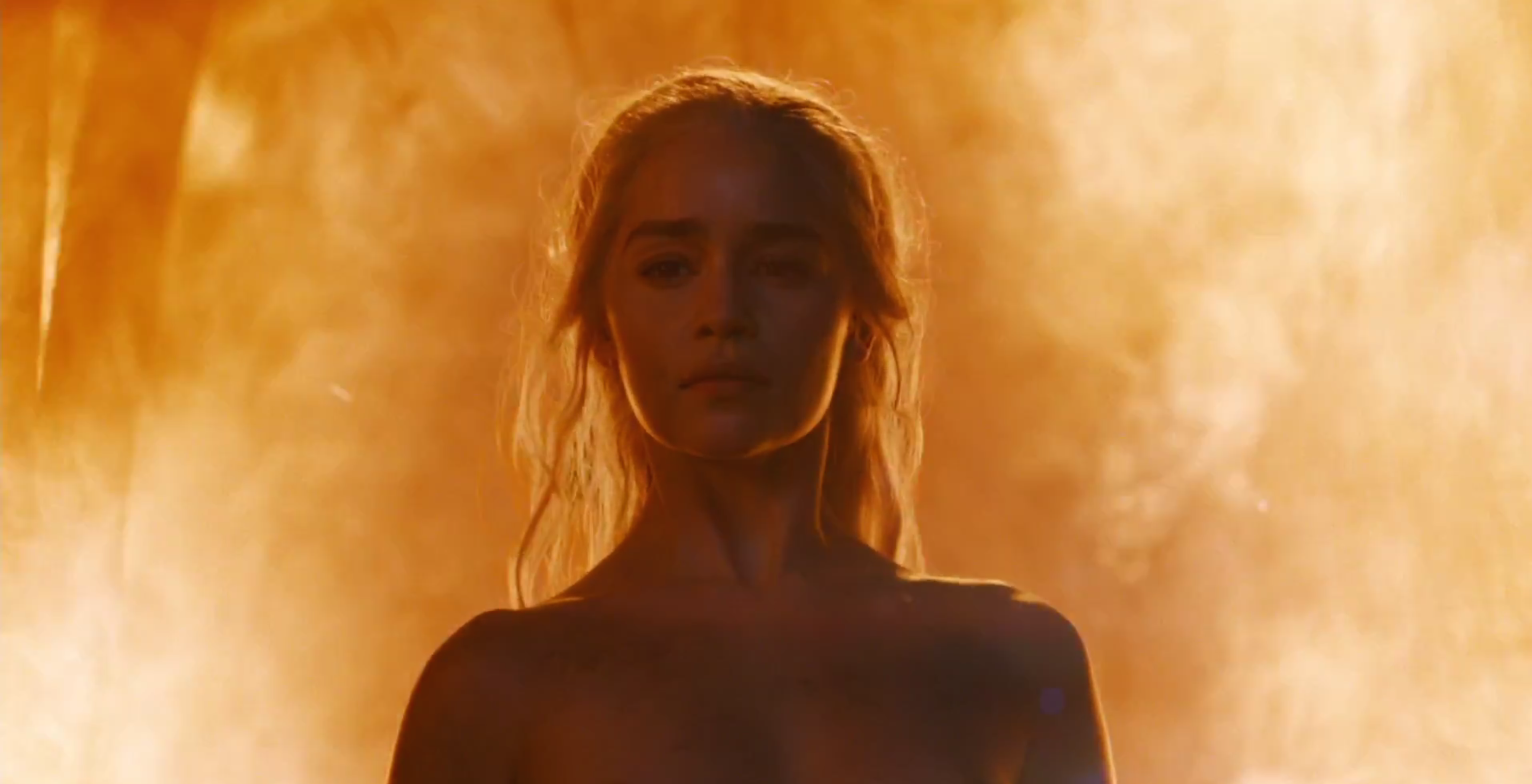 Game of Thrones: The “Get Things Done” Episode

“Book of the Stranger” comes to us, the viewers, as a hardball, line drive, forward thrust into the meat of the episode. This is the kind of episode memes come from, where we can have frank discussions about nudity and sex, where serious discourse regarding power struggles and political intrigue come into play (Tyrion Lannister as Abraham Lincoln, Yara and Theon Greyjoy in competition for the Salt Throne, and so forth). As the tone of the season shifts into greater rapidity, episodes like “Book of the Stranger” will hit us harder, make us cry out and leave us with more questions than answers. Episodes like this are what makes Game of Thrones great, not only because they are of immense entertainment value, but they are always episodes where characters have landmark moments, revelations or achievements that strike a unique tone in the story. They may not be high-water-mark moments, but they are solid indicators that the flood is coming.

The fourth episode has almost always been one of significance in the series. In season one, “Cripples, Bastards, and Broken Things” was the beginning of Ned Stark’s investigation into Jon Arryn’s murder, and Petyr Baelish’s sly plot to confound it. We Daenerys for the first time at Vaes Dothrak, but more importantly, we see her physically drive off her brother’s hand, a foul omen for the foul end of Viserys. The episode ended with Tyrion’s tavern arrest by Catelyn Stark, which of course is a moment meant to mirror Daenerys’, women coming into their own, seizing what they will, be it agency in protecting their own self-interest or a righteous arrest.

“Garden of Bones” in the second season starts with Robb’s signature wolf attack on the Lannister encampment, which provokes the horrifying scene with Joffrey and the prostitutes. That episode also ends with Melisandre’s creepy shadow birth, probably one of the biggest revelations about the Red Woman and what set the stage for Brienne’s entire vengeance quest.

Season three, possibly the strongest and most compelling of the series, had “And Now His Watch is Ended” for its fourth episode. The title, of course, refers to the betrayal and death that befalls Jeor Mormont in Craster’s Keep, but this is also where the plot to marry Loras and Margaery Tyrell into the Lannister clan is revealed, where Theon is lead back to the Dreadfort by Ramsay Snow, where Daenerys (in what is probably the most defining moment for her character) seizes command of the Unsullied and razes Astapor to the ground.

And that was the first three seasons. Sure, season four’s fourth episode is cool and all (“Oathkeeper,” Brienne’s blade, Margaery’s nighttime visit to Tommen and the White Walker’s creepy baby ritual), and season five had a pretty great fight with the Sons of the Harpy (the episode is also named “Sons of the Harpy”), but everything these episodes accomplish with great violence and intrigue, “Book of the Stranger” accomplishes with (for the most part) smaller acts of violence, more intimate intrigues. Daario Naharis only kills two men in this episode, which has got to be an all-time record for fewest men killed by the leader of the Second Sons. Jaime and Cersei create an actual relationship with Kevan Lannister and Olenna Tyrell to take on the High Sparrow, instead of their usual tactics of stunning scorn, shouted orders and a general disdain for the Small Council. There is a sense that the producers have really gotten a handle on the small moments of the show, the way a finely tuned guitar will pluck at the heart’s strings with faintest tone.

Now, Daenerys’ rebirth in the fire of the Dosh Khaleen temple, is no intimate moment. And yet, it is the second time she is emerging from fire. She no longer looks like a child, true, but only minutes prior to their deaths, the Khals made fun of Dany for being a midget. What is remarkable about the moment is the scale on which it occurs. The first time, the Dragon Queen had maybe a hundred witnesses at the most to watch her claim the title ‘the Unburnt.’ One Khal’s funeral pyre is an event – burning all the Khals alive in the sacred city of the Dothraki in front of the entirety of their civilization is a revolution. Everything else that happens in this episode, like the dangerous treaty with the slavers, Melisandre and Davos’ awkward discussion about their so-called god-king Stannis, or even Sansa and Jon’s vow to reclaim Winterfell, is small potatoes compared to Dany’s triumph. But I’d say it is still just a moment, a frame in time. One thing we know about the character of Daenerys Targaryen: she may know how to seize power, but she has yet to understand the responsibility that comes with it.

The layman’s reaction to episode four is to label it the ‘reunion’ episode: Jon and Sansa, Yara and Theon, Margaery and Loras. Themes are fleeting things – they stick so well one day, and in the next they are easily thrashed and disabused. But I call this the episode for great strides, for powerful voices, for getting things done, because I look at Sansa’s commitment to free her brother and her home, I look at Tyrion’s desperate need to keep the peace in Mereen, I look at Melisandre’s unflagging devotion to her new ‘prince that was promised,’ I look at Theon’s loyalty to a family that he’s barely known, I look at Lord Baelish’s manipulation of the Lord of the Vale, I look at Ramsay’s terrible promise to Jon Snow, and I see momentum, I see shifts in the wind, I see a need to make a change.

So let’s see what comes next.