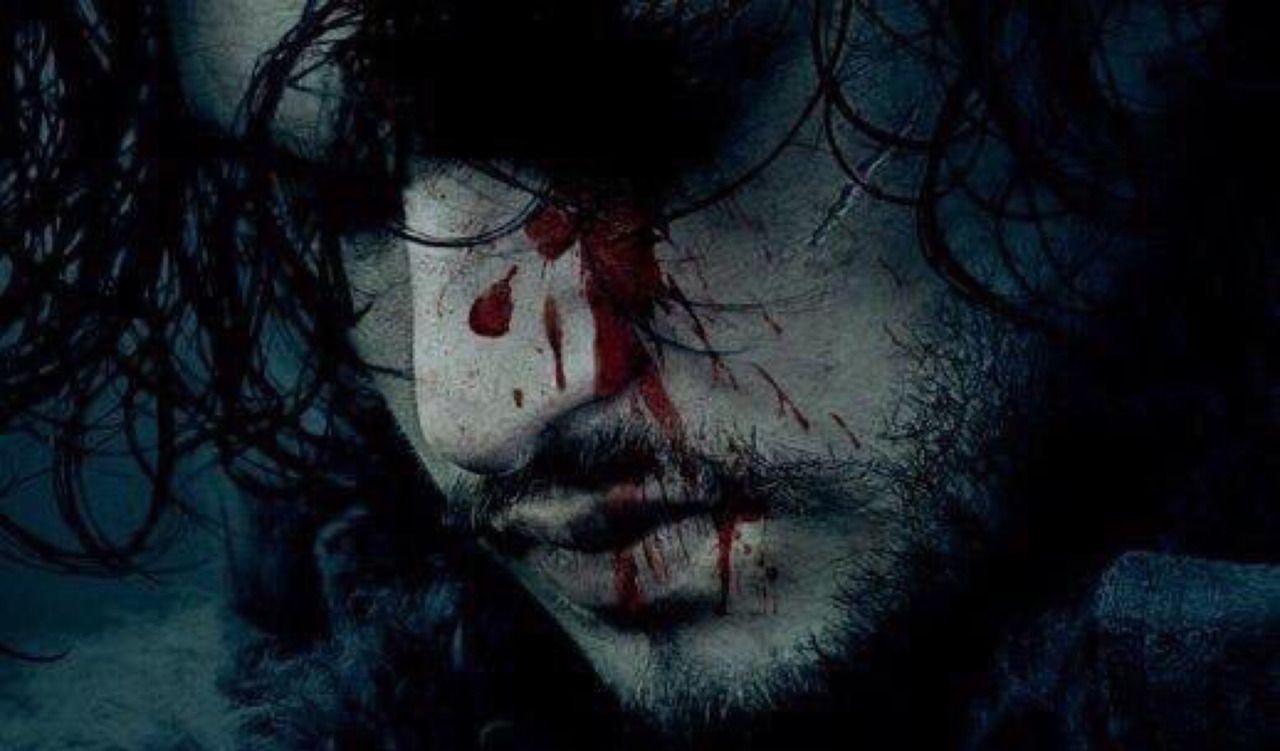 Death in Game of Thrones: Where it Comes and Why it Goes

Death. We started with death.

This is what I’m thinking about while I’m watching the season six premiere of Game of Thrones. The theme, I suppose, is death. We start with a zoom shot that reveals the body of Jon Snow, stabbed, bloody, ruined and sprawled beneath an ominous sign reading ‘TRAITOR.’ Ghost, the white direwolf, struggles against the walls of his prison, seeking out a master who is no longer there. And who should find the Lord Commander but the witness of death, the man who saw shadows born from a woman’s womb, who watched men burned alive by wildfire and wildlings slaughtered from horseback, the man who smuggled onions so his king would not die, who else but Ser Davos should find him. Ser Davos, and the grim, ever-ready to meet his end Edd, who in every episode seems convinced that fate awaits just beyond the horizon, and yet never fails to come out of the grandest scrapes alive. Two men, one a watcher, one of grim countenance, are the first to discover the morbid scene. The setting is so bleak you can almost smell it – the death in the air, in the night sky, in the walls of Castle Black, in the waiting blades of the murderers, in the furs of the Watch and the wildlings, and the ultimate death, the death that waits just on the other side of the Wall, the death that is cold, blue-eyed and without mercy.

But we find that death does not solely avail itself to those who dwell in the coldest places. Myrcella’s body is brought back to King’s Landing, to Cersei, who is perhaps beginning to feel a few of the bloodstains on her hands, and to her bodyguard, a giant of a man who cheated death by some horrible means. Jaime Lannister brings her, someone who has never taken responsibility for the lives he has cost, and he suddenly feels the loss of his daughter most personally. In a surprising act of humility, he takes the death upon himself. Dorne becomes a resplendent garden of death, where the Sand Snakes destroy what remains of the Martell line, declaring them weak, disavowing themselves of all false Dornishmen. Yes, bold actions are taken up across the continent, but Arya is still paying the penalty for her boldness. For taking a life that was not hers to take, the responsibility of death strips Arya of her sight, and she is cast out into the streets of Bravos. After watching her pitiful fight with the other girl initiate, the prospects of the young Stark girl do not bode well. Whatever she gained from Meryn Trant’s death, Arya has lost doubly.

The clever among you will sneer, saying that, taken further, the whole show is about death. Game of Thrones begins with a fight scene north of the Wall, against the undead forces of the White Walkers. Much of the plot hinges on assassination attempts, grand battles, sudden ambushes and violent, gory escapades. The show is utterly unfeeling as it kills off our favorite characters, but it forces us to feel the loss so close, to hold on to it, to talk about it, to remember as the North does, to say the words, “what is dead may never die.” No part of the world is free from death, no amount of gold, armor or magic can save a person from their end. In some ways, it is why the show is also filled with sex, nudity and lascivious behavior. Sex is the fantasy genre’s maudlin response to death.

Yes, it is a world of death, but it is also a world of romance, politics, intrigue, humor and revolution. The dragon, the lion, the wolf and the snake are all symbols of death, but they are also symbols of splendor, or freedom, or independence. There are competing religions with different fortunes at stake. There are codes of honor, codes of deceit, coded messages and codes of conduct. To say the whole show is a discussion of death is to ignore all of the historical references, the dark humor, the rich landscape and world of Westeros. It is to ignore context.

So why focus (in this episode, at least) on death at all? Because Melisandre is revealed to be much older than we first thought, cheating the end that she sacrificed so many to. Because Sansa and Theon, who should have died after jumping from the walls of Winterfell, are still alive, and suddenly among friends. Because Brienne of Tarth kills Stannis, and in his death is redeemed. Because Tyrion and Varys are walking through a dead city, trying to come up with a way to breathe new life into it. Because Daenarys has returned to the Dothraki in such a precarious position, and she oscillates between the long, slow death of widowhood, or the quick death of supposed witchcraft. Because Jorah is faced with the conundrum of concealing his fatal infection and coming to respect Daario Naharis, the man who beds the woman he loves, a man who represents, in a sense, a past self, free from the fear of death. Because in a world where so many have died, these are the people who are still here, still struggling against the winter, the church and the other odds stacked against them, still chasing ghosts, rumors and last resorts, still finding time for humor, pettiness and introspection. So I focus on death, because it gives life the greater stage.