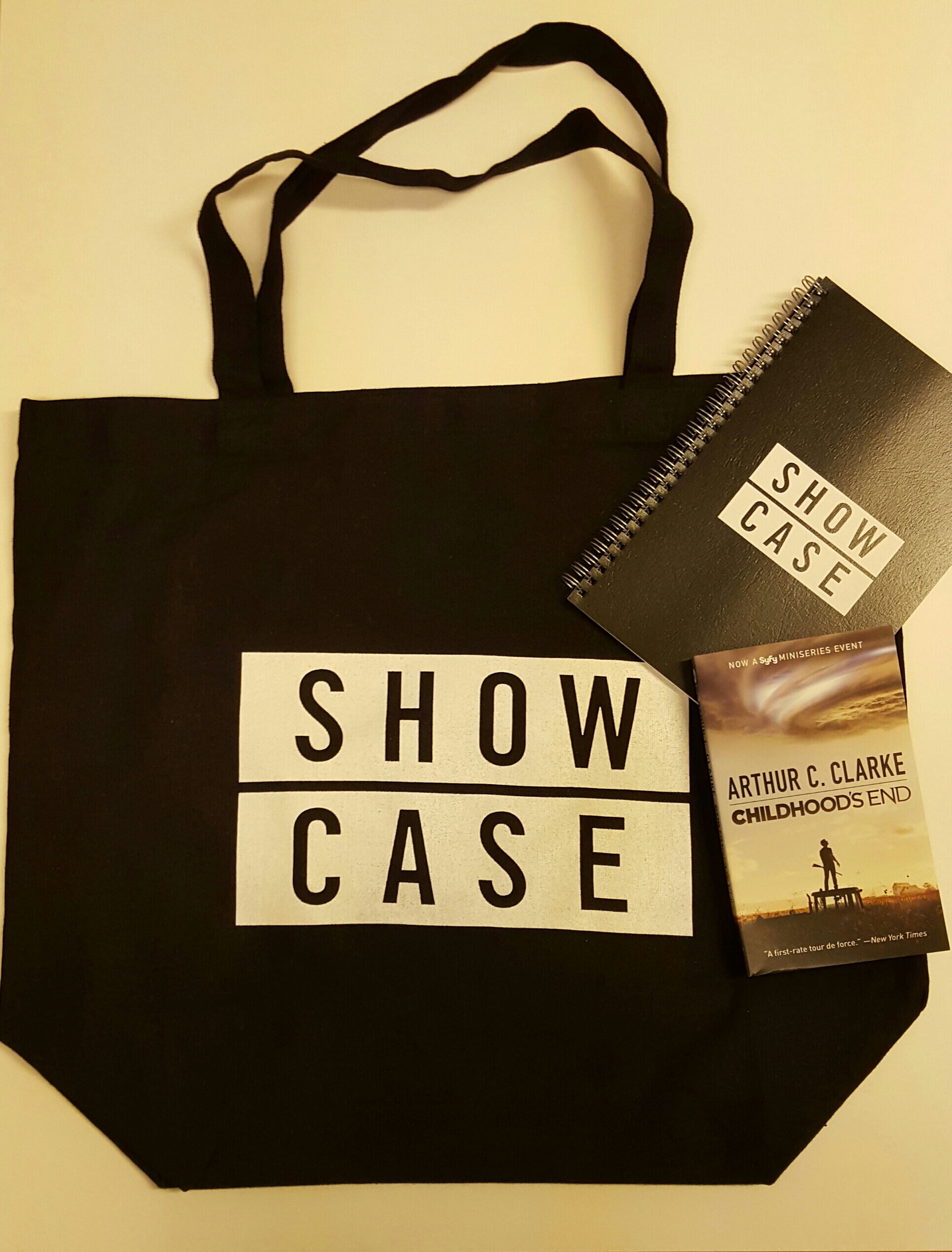 To celebrate their upcoming 3-night miniseries Childhood’s End (an adaptation of the seminal 1953 sci-fi novel by the same name), Showcase has given us a special prize pack to give away to one lucky reader.

Pictured here, it includes a canvas tote, notepad and copy of the Arthur C. Clarke’s book the 6 hour event is based on.

*Sorry Americans (and everyone else), but this one’s for Canadian readers only