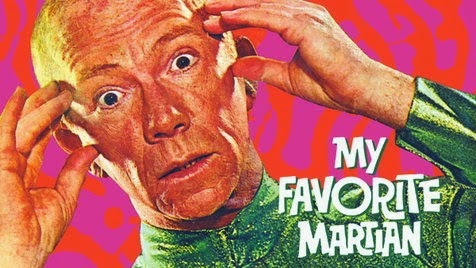 Win My Favorite Martian: The Complete Series on DVD

To celebrate the home entertainment release of the sci-fi sitcom classic My Favorite Martian, we have two Complete Series DVD Box Sets to give away to lucky readers.

When My Favorite Martian premiered on CBS in 1963, TV was something you were home to see or never saw. There was no recording, no pausing, no rewinding, no bingeing; if you missed an episode, it was gone forever. The fact that we have these classic series available (and in such beautiful condition!) in box set form is incredible. It’s like a time-travelling glimpse into the history of the most influential medium of the last century. My Favorite Martian was a pioneer series of the sci-fi comedy genre and you can catch the whole thing now in this 15-disc, 107-episode set with a brilliant plethora of special features ranging from archival interviews to classic commercials and pilots for other series from the production company that should have been lost to time but are here, now, on DVD. A must-have.