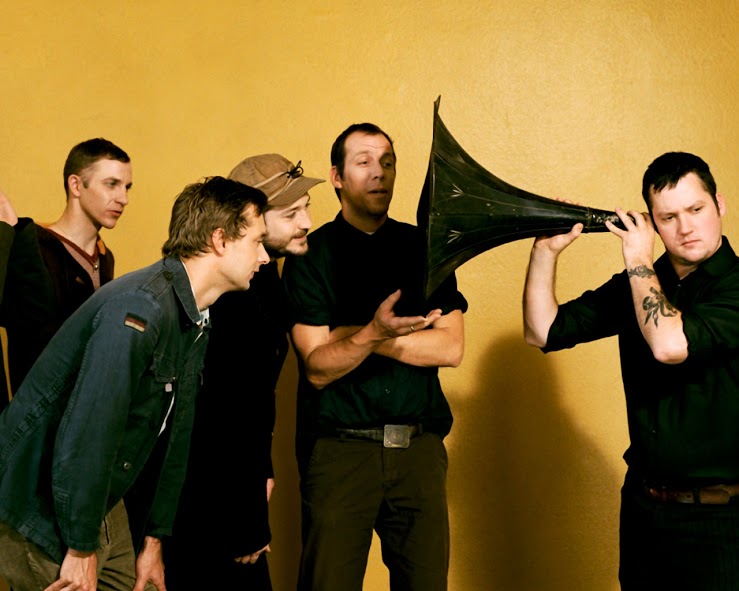 Let me tell you, Modest Mouse was my high school jam. I remember so many hours spent in the car, driving to and from school, rocking “Paper Thin Walls” like I was super edgy or something. Which is why I was excited to listen to the band’s newest effort, Strangers to Ourselves, when I learned of its existence a couple of weeks ago.

Tragically, as so often happens in these situations, this album has turned out to be a bit of a roller coaster for me. The title track, “Strangers to Ourselves”, begins the album in classic Modest Mouse style: subdued instrumentals with a sleepy sing-song melody brings to mind images of the band waking up after a long nap – which seems appropriate, seeing as they haven’t released an album since 2007’s We Were Dead Before the Ship Even Sank. This intro leads right into “Lampshades on Fire” and “Shit in Your Cut”, which recapitulate the angsty style and questionable lyrical choices that are so typical of Modest Mouse. These first three tracks I can get on board with. It’s with the fourth track, “Pistol”, that things really start to get strange.

Now, as much as I love Modest Mouse, I would never claim that their lyrics are particularly good. At best they’re interesting, at worst sort of…weird. “Pistol” gives interesting and weird a miss and jumps straight to “downright bizarre”. Maybe it’s some sort of concept track. Maybe I just don’t get it. But come on, “I got a backpack with some clothes that I could wear to work tomorrow, they won’t know / That I was up all night, not ready for the meeting, oh no”? Am I being Punk’d?

Mercifully, this track is followed by a string of three run-of-the-mill Mouse songs. You know what I mean: vaguely anti-establishment themes backed by solid rock instrumentals and with the occasional explicit language peppered in for no discernible reason. This is the kind of music I like to put on in the background when I’m, say, pipetting for hours or running my deceptively simple experiment for the thousandth time (“I swear grad school is worth it,” she gasped between sobs).

And then comes the second disappointment: “Pups to Dust”. It starts off as yet another classic Modest Mouse feel-good-but-not-too-good song, and I’m once again bobbing that head. Then comes this ridiculous call-and-response verse: “Oh, I missed a spot (scrubby scrubby scrubby scru-ub) / On my dirty thoughts (aaaaahhhhhhhhhhh)”. Yes, you got that right, the backup vocals made half-hearted orgasm noises. I think at this point I actually stopped what I was doing and said out loud, “Really?” I so wanted to like this track, but at this point it was completely derailed for me.

The remaining seven tracks on the album finish it out without any more surprises. I especially liked the anthem “Be Brave”, a style not frequently explored by Modest Mouse, and the circus-rock feel of “Sugar Boats”. And then, without any fanfare or particularly memorable songs, the album is over.

My overall impression of this album is: meh. There is very little on this album that is new or fresh or exciting; all the good songs are good because they sound just like everything else Modest Mouse has put out. And to say that the attempts at “new” fall flat is seriously stretching the definition of “flat”. My verdict: the Modest Mouse fans out there will want to listen to this album, if only just to say you did, but I seriously doubt you’ll find your new favorite song here.