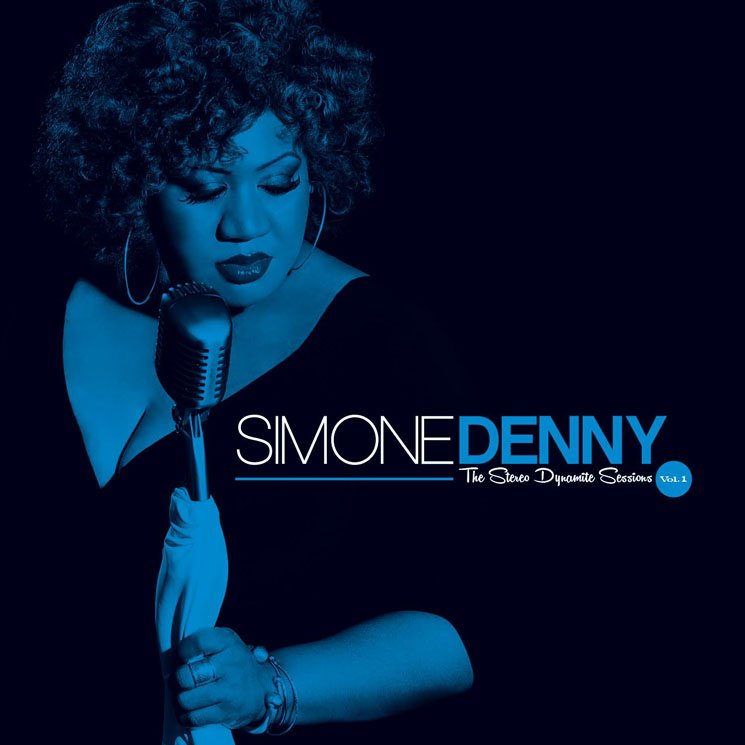 It may come as a surprise to find that Stereo Dynamite Sessions, Vol. 1, just released in Canada on October 16, 2015, is the debut solo album from Simone Denny. After all, we’ve been hearing her voice tearing up the dance floor for years. The five-time Juno Award winner is the former lead singer of Love, Inc., the project that included Chris Sheppard and Brad Daymont.

Expanding from her dance roots, Vol. 1 features ultra-cool retro grooves and a real focus on Simone’s stellar pipes along with a multi-textured musical background. She covers a range of styles from pop to RnB, rock and classic Sixties-style soul with her strong vocals at the forefront. She’s expressive and fluid in her phrasing, very smooth and always in control. It’s a voice that can be strident or sweet, with a raw edge when she needs it.

Your Love Fades Away – a strong, soulful track – is the first single in this album of hurting love songs. She’s got a nice ear for inhabiting haunting melodies as she does here with cool jangly guitar lines and bell-like keyboard chimes in the background. After years in the dance world, was this a musical direction she was looking to take?

As she tells it, Vol. 1 began with producer Adam Sewell at Stereo Dynamite. “Five years ago, he had an idea for a classic pop album,” Simone relates. “When we had a chat, he realized that this was the music I was raised on.”

The first single came easily – a sign of things to come. “Within five minutes of his playing it, I was singing it,” she says, describing the collaboration as effortless.

Another highlight of the album is the song Black Roses. “I’m getting a lot of feedback from the song,” she says. It’s another heartbreaker, infused with drama. “When I sing a song, it’s a story. If I can’t relate to it, I can’t sing it.” Like an actor, she pictures herself or friends in the scene to pull out the drama of the song. “I think of it as an anthem for the broken hearted.”

She’s gotten positive reactions from her audience – both male and female – for the new direction. “Anyone can relate to it. I want people to see that there’s a lot more to me than dance music,” she says, “but I’m not leaving dance music forever,” she adds.

For now, she’s concentrating on putting together some live dates in the fall for the CD release and then a tour that’s being arranged for spring 2016. Is Vol. 1 just the beginning?