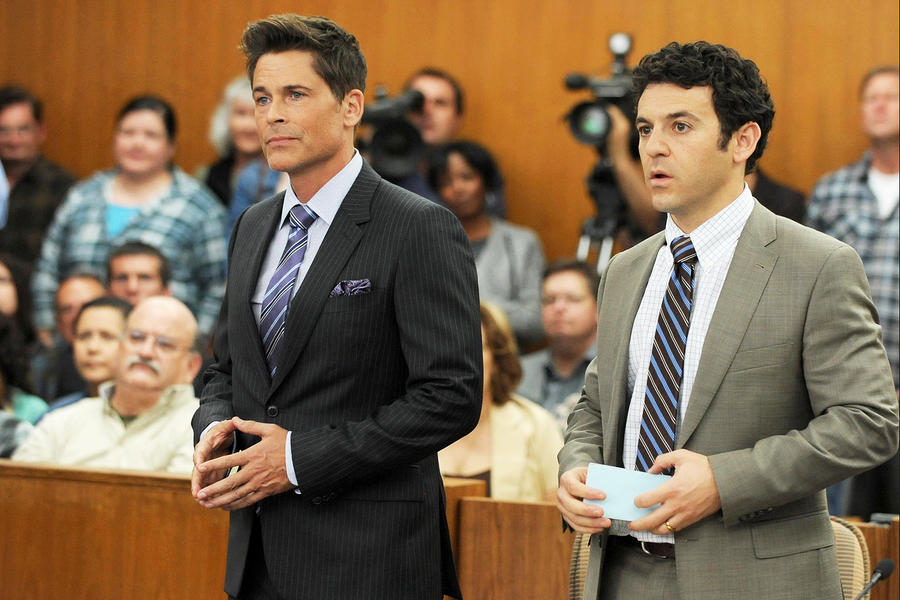 The Grinder was really good! To be honest, I had some reservations about The Grinder. With Parks and Recreation and 30 Rock off the air, The Mindy Project and Community going online, and failed new comedies like Bad Judge and more in recent years, I’d kind of lost hope that we’d see many good, new comedies.

But I have a soft spot for both Rob Lowe and Fred Savage. Come on! The West Wing? Parks and Rec? The Outsiders? The Wonder Years? The Princess Bride? Love these guys.

So I figured I’d check it out. And I was not disappointed. The Grinder pilot was really cute and Lowe and Savage were hilarious and played off each other really well. Lowe, especially, was perfect in the pilot.

So what’s The Grinder about? Lowe plays Dean Sanderson Jr., a TV star who just finished his popular, long-running legal drama The Grinder. Now, he’s directionless. Just traveling along that highway we call life wondering where the off-ramp is.

It turns out the off-ramp is in Boise, Idaho, where his younger brother Stewart, played by Savage, and his father Dean Sr. work as lawyers.

Using his expert legal knowledge from his legal TV show, Dean decides to join the family business, completely taking over Stewart’s case and meddling in his family life.

Of course, Stewart just wants Dean out of there and Dean naturally finds the note cards Stewart had written out to read to Dean about how he should just go home.

They get in a fight and Dean storms off only to realize that he has to finish what he started. Together, he and Stewart win the case and realize that they’re a perfect pair.

While I loved Lowe and Savage, I am excited to hopefully see more from the rest of the characters. Of course, the pilot had to set everything up, but I’d like to see the rest of Stewart’s family and their lives.

Overall, though, I thought The Grinder could be one of the best new comedies this season and I’m definitely going to continue watching.