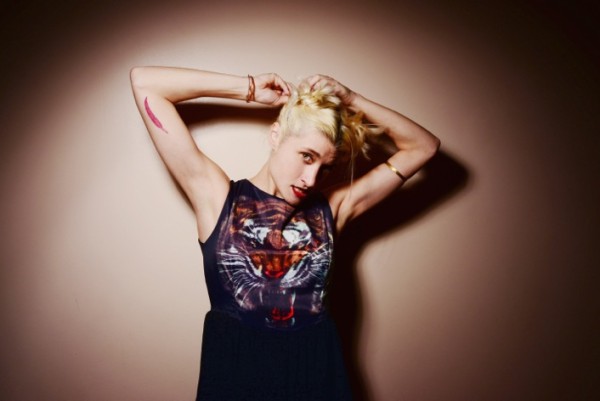 Heather Christian and the Arbornauts: Cabinet

I was thinking of what to write about for this week, when I suddenly remembered an Amanda Palmer recommendation that I heard awhile back on some talk radio station (OK, you got me, I’m a wannabe hipster). So, indie rock it is! This week I listened to Heather Christian and the Arbornauts’ 2012 album Cabinet, their first full-length effort. (They’ve since released another album, called House/Hymn, which I can’t wait to listen to.)

Their apparently self-written Bandcamp blurb says that their music “pull[s] from the traditional gospel canon in tandem with circus music, noise rock & good old fashioned feeling good.” I definitely got that. Some songs, such as the second track “Hambone”, were a veritable wall of circus-tuned cacophony while others–”Tiller Run” comes to mind–had a much more vanilla-indie feel. I loved the variation, and especially the way the band demonstrated that they could hold their own in a variety of musical arenas. However, each sound profile was segregated into individual songs. “Hambone” was mainly noise, “Tiller Run” was mainly feel-good, “Bounder” was mainly gospel. I have to hand it to the instrumentalists backing up Heather Christian’s vocals. They swap from genre to genre with nary a hiccup, and each new sound profile sounds like it’s the only one they’ve ever practiced. The upside of all this variation is that there’s a song on this album for whatever you’re feeling. The downside is that it made the album not really seem like one whole unit but rather several incredibly interesting bits smooshed together.

The album starts off very high-energy with the head-bobbing “New Things” and the aforementioned noise rock single “Hambone”. (I hope my cell cultures are into indie music, because I was humming “New Things” all week long!) It slows down in the middle with soothing “Tiller Run”, and touchy-feely “Chamon”. I thought this was where it lost a bit of the momentum the band had built in the first couple of songs. There were some up’s in the middle though: gospel anthem “Bounder”, the equally powerful “Harvey”, and my personal favorite “Mama Said” allowed the album to explore slower genres without getting boring.

It’s at this point that I have to mention the “warble”. Heather Christian’s voice is rich and lovely and sometimes…a little weird. In the second track, “Hambone”, she whips out what I compare to this sound. You’ll know what I’m talking about when you hear it. It reminds me of that noise young kids make when they’re imitating the sound of a tommy gun. It’s obviously intentional, as she hits similar notes and emotions in “New Things” without using the warble. I’ll be honest, I kinda dig it. I think it’s interesting, and weird, and very cool. It seems out of place in “Chamon”, a slow piano-driven track in the latter half of the album, but everywhere else that she uses this vocal trick she totally nails it. That said, it’s not for everyone. When I made a friend listen to “Mama Said”, he sort of made a face when he heard the warble. Whatever, different strokes.

When thinking of how to describe this album, the first word that comes to mind is “eclectic”.

This thing has it all: there’s scat in “Cabinet”, gospel power in “Bounder” and “Harvey”, noise and circus in “New Things” and “Hambone”. Cabinet strikes me as the first experimental album of a band just starting to spread its wings, which is exactly what it is. What this album lacks in unifying themes it makes up for in intriguing elements, excellent vocals, and agile instrumentation. As far as first efforts go, I would call this a great example. Now if you’ll excuse me, I’ll be off feeding my cells and listening to the newest Heather Christian and the Arbornauts album.