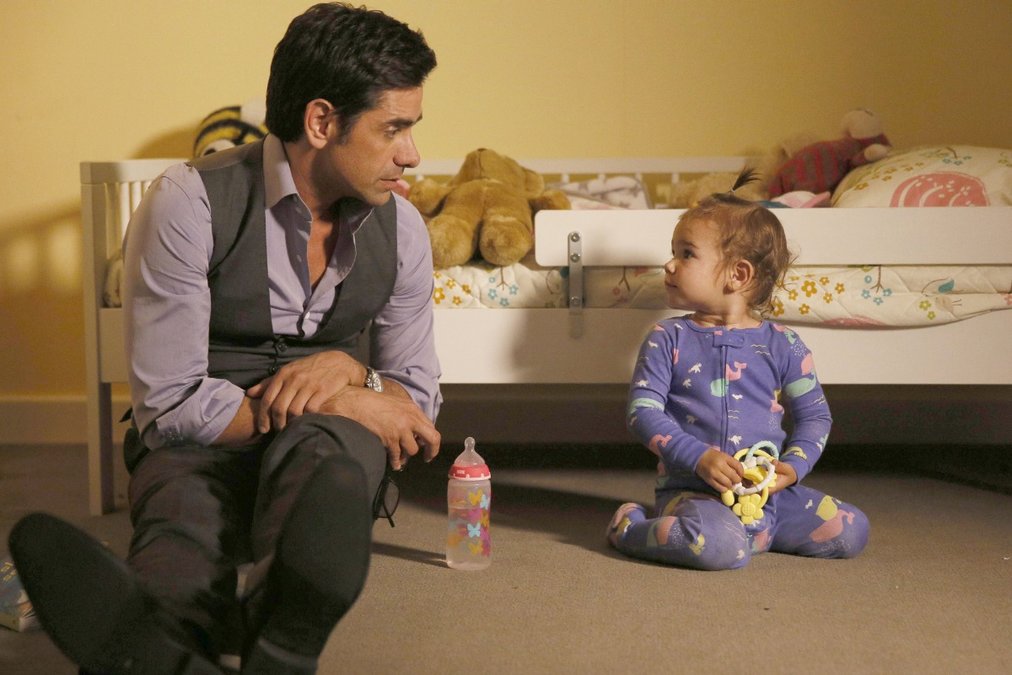 Smart self-awareness and a charming cast help Grandfathered stand out despite being a very standard formula network sitcom. Paired with the far-funnier Grinder in the new FOX Tuesday lineup (remember the 2012 FOX Tuesday lineup? Those were the days), the two shows form a strange 90s heartthrob-fuelled nostalgia block with both Rob Lowe and John Stamos embracing their age as characters who are fighting their age.

While the writing on Lowe’s show is sharper and plays more into his comedy chops, what’s interesting about Grandfathered is how well middle age actually sits on John Stamos. I’m not just being nice when I say he looks better as 50-year-old playboy restaurateur Jimmy than he ever did as Uncle Jesse. The character (like his suits) fits him like a glove and that’s as strong of a step in the right direction as you can ask from most pilots.

The jury’s still out for me on whether Grandfathered really has wheels; the pilot had a lot of set-up to get through and we’ve just barely started getting to know potentially strong supporting characters like Jimmy’s assistant Annelise (Kelly Jenrette) and his former flame/co-grandparent Sara (played by the amazing Paget Brewster, a little over-written in the pilot but extremely promising). I’m hoping Josh Peck’s hapless young father is given a bit more complexity as the show goes on and his “friend”/baby-mama Vanessa gets just enough to do to expand on her strong but short showing in the pilot but not so much that her Christina Milian-ness starts to annoy me (I will never forgive her for the social media segments on The Voice. Never).

I don’t have too high of hopes for this one but it’s paired with a show I’m really into so far and I’ll definitely tune in, if only for Brewster and to stare at Stamos’ perfectly aging face.